Wide SOHO Chess is Chess on a 12x10 board with Archbishops, Marshalls, Champions, FADs, Wizards and Cannons added. Below is a link to play on Game Courier. 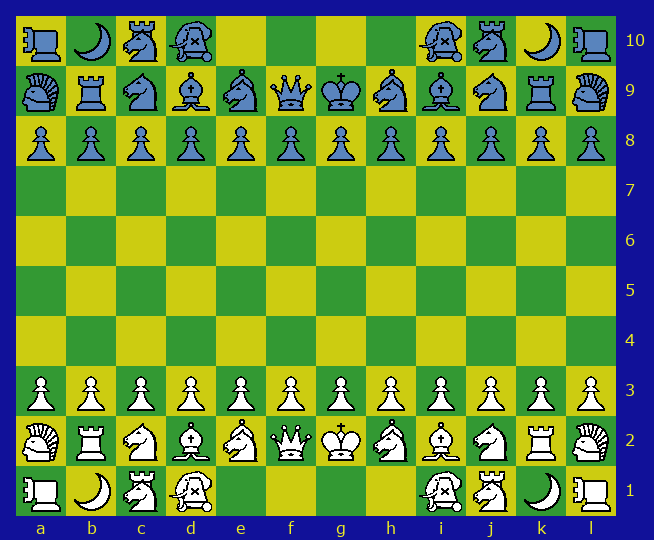 The Cannon (C) moves as a rook but must hop over an intervening piece to capture. The Wizard (WZ) may leap one space diagonally, as a ferz does, or it may make an angular 1-3 leap, as a camel does.

Castling occurs on the 2nd rank between the king & either rook, with conditions as in chess, except the king moves 3 squares sideways towards the unmoved rook being castled with (as in Capablanca Chess). Pawns act standardly too (e.g. an initial 2-step move & en passant capture allowed), the only difference is that they still promote on the last rank, but any of the piece types in the setup may be selected, except for a king.

Threefold repetition of position is a draw as in standard chess, and the 50 move rule is also in effect in Wide SOHO Chess (i.e. game drawn if no captures or pawn moves have been made before 50 consecutive moves by both sides).