This page is written by the game's inventor, Zhedric Meneses. This game is a favorite of its inventor.

A A Royal and His Pet

While I was trying to fix 16Chess, I made this variant. This was originally a Knightmate vs. FIDE Chess variation but after some thinking and then changes, this is the result. 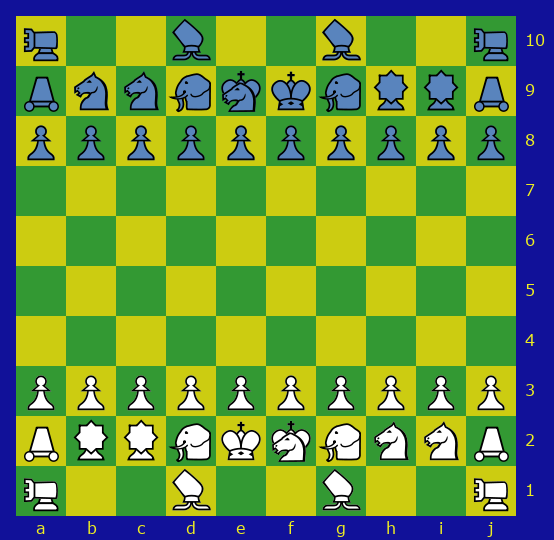 1. As Stated Above, Double Move and En Passant is still allowed.

2. Checkmate the King and/or the Rex to win.

3. The Pawn must promote into any non royals in the last rank

4. Baring the King and Rex wins the game

I don't know if castling should added or not but if it does, The King and Rex may only castle with their Towers and the squares in b2/i2/b9/i9 may be leaped over.

Also I thought of a Crazy Variant where Tower and Guard, Knight and Man, and Cannon and Archer may promote into their compound pieces, I dunno how that changes the game though since I've never playtested that variant