This webpage gives the answers to some frequently asked questions about the official rules of chess regarding Castling. For the full rules of chess, see our Rules of Chess page.

Castling is a special type of chess move. When castling, you simultaneously move your king and one of your rooks. The king moves two squares towards a rook, and that rook moves to the square on the other side of the king.

When are you not allowed to castle?

There are a number of cases when castling is not permitted.

Can you castle if your king has been put in check in an earlier move but is not currently in check, and the king has not been moved?

Yes. Having been in check earlier in the game does not prevent you from castling, as long as the conditions mentioned above are fulfilled.

Or, in a longer form:

Can a king castle after having been in check?

Can a player castle if his king was checked earlier in the game? (when the player was checked, he responded by placing another piece between his king and the opponents attacking piece; he did not move the king.) Put another way, does being checked automatically disqualify a player from castling later in the game? (Remember, the king has not moved,the opposing piece was simply blocked by another piece.)

The player can still castle in this situation. The rules of chess state that castling is illegal when the king or rook has moved earlier, or the king is in check, or it would pass through check to castle. Having been in a check which was removed by interposing another piece, or by taking (not with king or rook that is involved in the castling, of course) the checking piece does not prevent the player from castling later.

Can the king and rook castle if the rook is threatened by another piece? None of the squares that the king moves through is attacked.

Can you castle with a rook that is attacked or goes through check?

While castling (on the queen side), can I castle if my rook passes through check? I'm always reading that the king may not castle out of, through, or into check. I know the rules always specify the king cannot pass through check, but can the rook pass through?

The rook can pass through check, or more precisely, through an attacked square. When all conditions that allow castling are met (rook and king have not moved, squares between rook and king are empty, king does not castle from, through, or to check), then castling is allowed, and it is of no importance whether the rook is attacked or goes via an attacked square.

So, when white castles long, a black attack to a1 or to b1 does not make this castling move illegal. 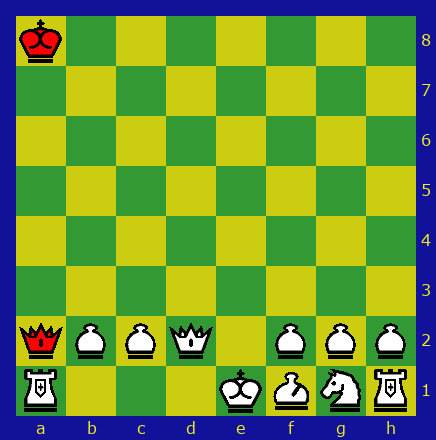 In the diagram above: suppose the white king and rooks have never moved. Castling long is legal for white, but in fact, given the position, it is the worst move he can make!

How many squares do the king and rook move when castling?

There are two types of castling:

In both cases, the king moves two squares. 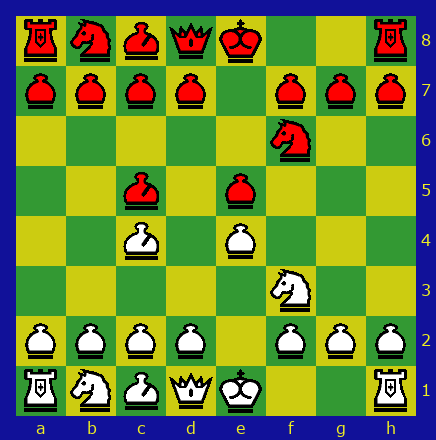 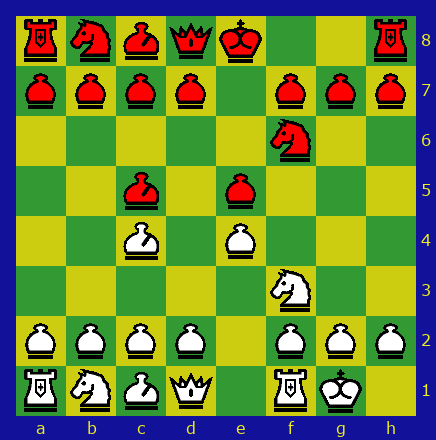 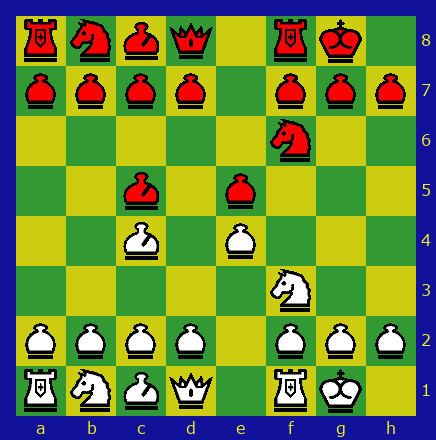 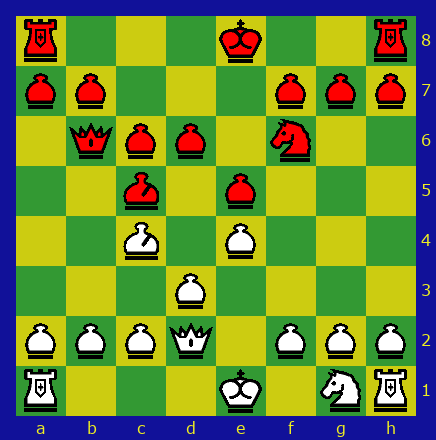 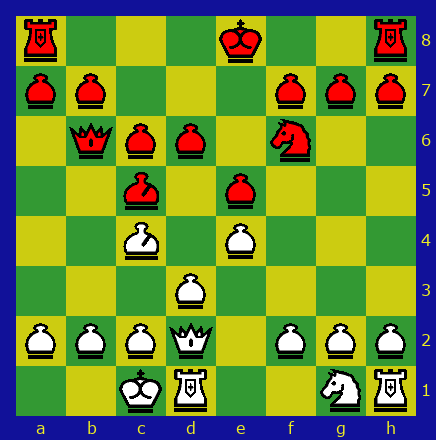 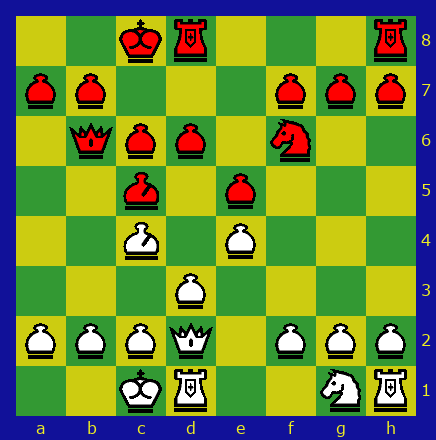 How is castling written in chess notation?

Is it correct that a king may not capture when castling? 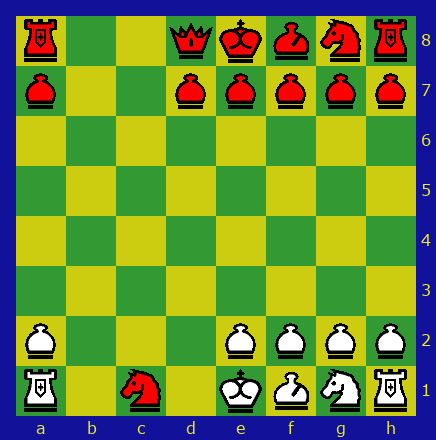 Indeed. In the above diagram, white is not allowed to castle.

By the way, the rook is also not allowed to capture when castling.