Here is a screen shot from the new Spanish historical series Isabel: 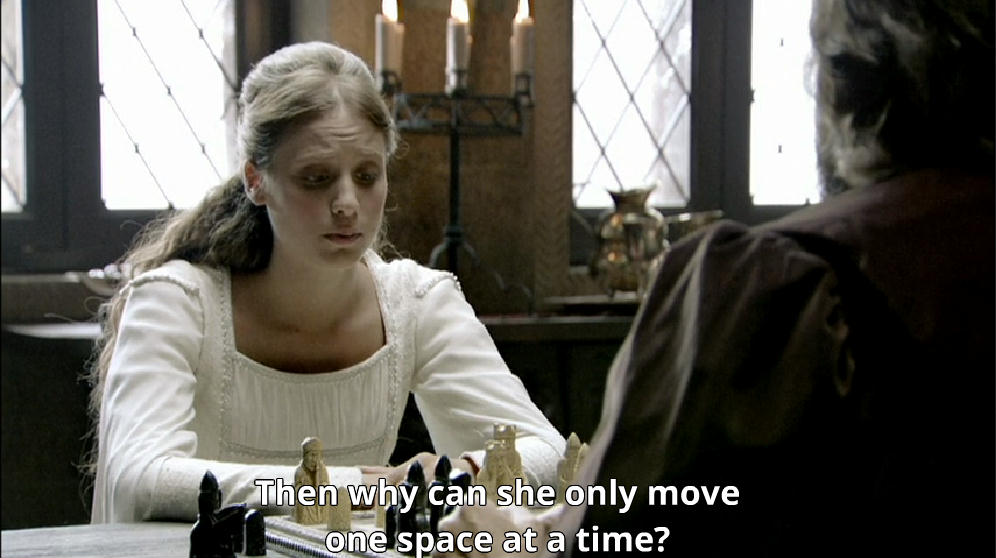 It is notable for two, maybe three, reasons. (1) It shows an Isle of Lewis Chess set, though I don't know how historically accurate it is for a Spanish princess to be playing with a Scottish Chess set. (2) She is complaining about the Queen being able to move only one space at a time. (3) She was the inspiration for the modern Chess Queen, at least according to the article, Queen Isabella and the Invention of Modern Chess, which I found when I Googled my hunch that I remembered this accurately.