October 1995, my father bought a small chess-variant, in a chess and go-shop in Amsterdam. In a paper box of 6 by 4.5 centimeters, there were eight little wooden pieces. One side of the box shows a little picture, with the words: Dodl-schach, Depperl-Schach, Doofie-Schach, and Do"spaddel-Schach. The other side gives a 6 by 4 board, or is it an 4 by 6 board. The sides of the little box contained some information, and rather compact rules, all in German. My father payed dfl 3,50 for this set (about 2 dollars). 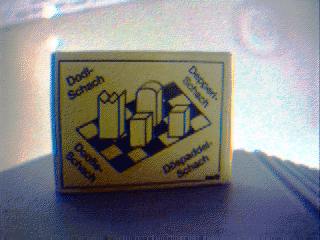 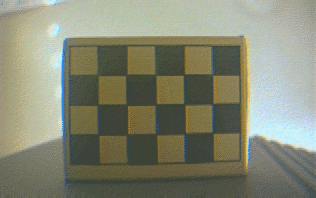 Players each have the following pieces: one king, one queen, and two pawns. They may setup their pieces as they want on the first rank of their side of the board.

Although the box rules do not specify this, it probably is best to play that players alternately setup one of their pieces, with the kings deployed last. Using a screen in the middle of the board behind which the pieces can be set up secretly may also be an idea, but poses both practical difficulties (as this would need certain manual dexterity), as rule unclarities (what happens when white checks the black king in the opening setup. 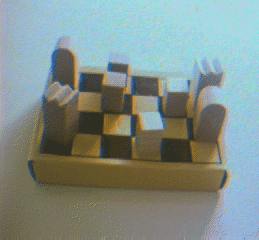 King and Queen move as in orthodox chess.

Other rules are as in orthodox chess. I would suggest to play without a first double step forward for pawns, and without underpromotion, i.e., pawns only promote to queens.

The box contains a suggestion for a variant: each move must be made within 5 seconds. 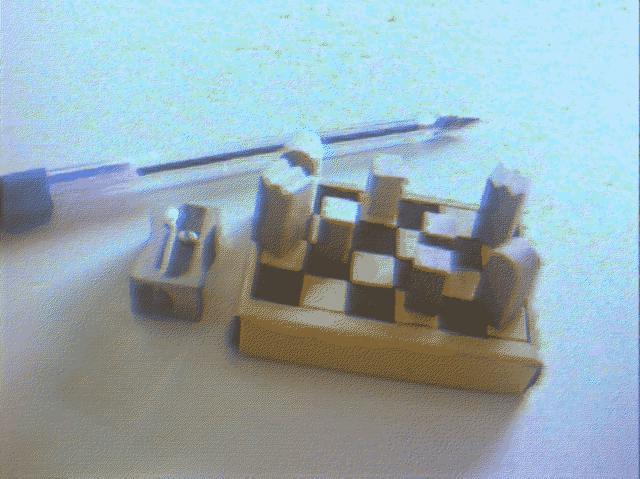