Very Heavy Chess is a chessvariant where all compounds of standard chess pieces are used. It can be seen as an extension of Heavy Chess.

The seminal principle, which is inspired from Sac Chess, is to see some elemental bricks behind the FIDE chess pieces. Those are the moves of the kNight (N), Rook (R), Bishop (B) and King (K). By associating those elements, several fairy pieces can be made, and those are very well known by chessvariants fans. Double compounds are RN, BN, KN, KR, KB. Of course, RB is the Queen. Triple compounds may also be defined: RBN, RKN, BKN. Of course RBK brings nothing more than the Queen (RB) as the sliding moves of R and B are covering the one-step move of K.

Very Heavy Chess is using a pair of every double compound, the Queen being one of them, and of two of the three triple compounds. Only the strongest, the Amazon (RBN) is unique in each side. Thus, in Very Heavy Chess there are 2 RN, 2 BN, 2 KN, 2 KR, 2KB, 2 RB (Queens), 2 RKN, 2 BKN and 1 QN (Amazon). Plus 1 King and a full line of Pawns. A lot of firepower!

There are 36 pieces per side: 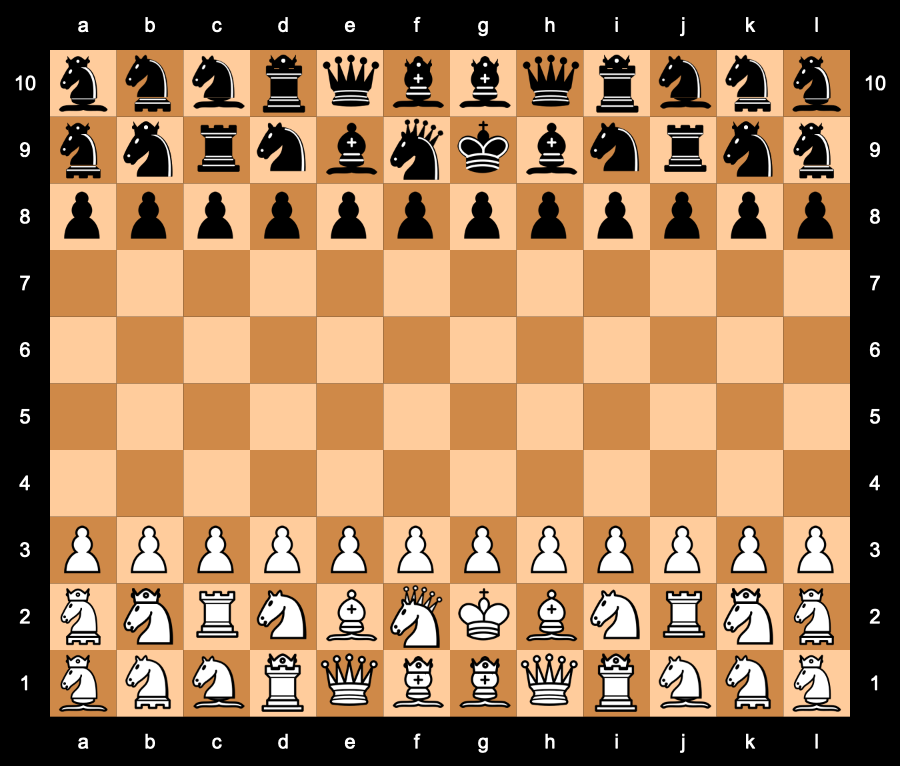 Marshal: it combines the move of Rook and Knight. It is also called a Chancellor. The name Marshal, also popular among chess variants, is used by consistency with my other variants.

Heroine: it is a triple compound piece that moves as a Rook or as a King or as a nKight. Or a Marshal which moves also as a King. Or a Admiral which moves also as a kNight. It has been baptized Archancellor for Teutonic Knight's Chess, but I found this name too long. As this piece is between the strengths of Queen and Amazon, I wanted a female name. I'm open to suggestions. 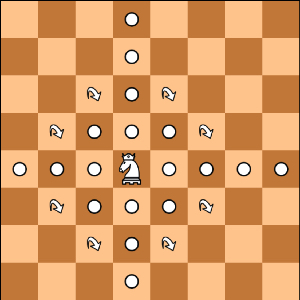 Templar: it is a triple compound piece that moves as a Bishop or as a King or as a nKight. Or a Cardinal which moves also as a King. Or a Missionary which moves also as a kNight. For the name I wanted something in the lexical fields of religion and warriors. (Although the Templar has been used for Bishop+Dabbaba in Templar Chess). It is a Crown Princess in Teutonic Knight's Chess. I'm open to suggestions. 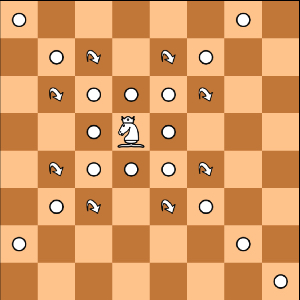 Pawn Promotion: A Pawn reaching the last rank of the board is immediately replaced by any piece other than Pawn or King: Amazon, Heroine, Templar, Queen, Marshal, Cardinal, Admiral, Missionary, Centaur, Rook, Bishop or Knight.