This page is written by the game's inventor, Eric Clayton. 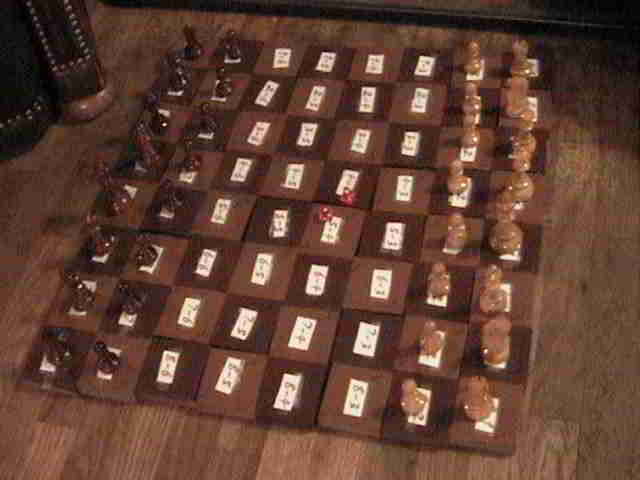 Traditional chess is a static game. The board stays the same. However, that is not the case with metamorphachess. The board is made up of 64 movable squares, which are numbered 1-1- to 8-8. The squares can be moved with the aid of four 8-sided dice. The element of chance has been injected into this time tested game.

A player is not forced to move a square. He can opt for a traditional move. A pawn cannot be moved to his own back row 3) A player shall not exchange squares that would put his King in check A player can move out of a check, checkmate, or attack with a roll of the dice exchange. A player can attack , check, or checkmate with a dice roll exchange

Metamorphachess preserves the skill factor of traditional chess, but adds a little luck. Since it is different to roll the right squares, skill is still needed in this game. Imagine being able to get a pawn to the seventh rank is a couple of moves. Or... even to the eighth rank for a Queen before the middle game begins.