This page is written by the game's inventor, Maurice Dekker.

d4 d6 chess is a chess variant that can be played with one chess set and two dice.

In d4 d6 chess, when you choose to move a piece, you typically roll a die and move as many steps as the outcome of the die.

Igor Seabra and I created this game together while having fun playing it.

At the start of the game, the board looks like this: 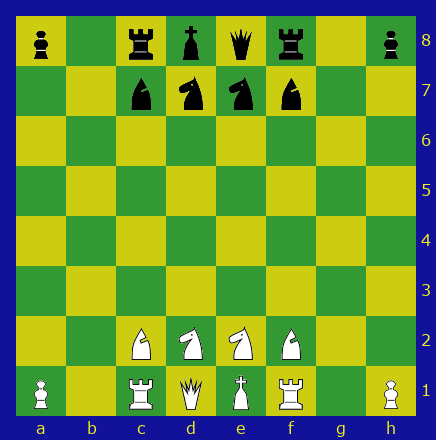 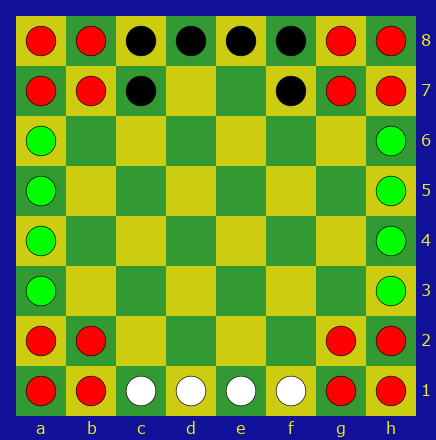 A Guarda moves as a Chess king. A Guarda cannot capture anything.

Roll the die. It shows some result n. Then you must make, if possible, exactly n consecutive steps with the piece that you chose. These steps together form one move. The stepping must be done within the playing area. You are allowed to change direction in between the steps. Within one move, you are not allowed to visit any square twice. For a non-capturing move, all squares that you visit need to be empty. For a capturing move, all squares that you visit, except for the final square of the move, need to be empty, and the final square needs to be occupied by an enemy piece, which is then captured. You cannot capture a piece that is orthogonally adjacent to one of your opponents Guardas that is in the playing area (except if the captured piece is a Guarda: two Guardas cannot protect each other). If, under all of these restraints, it is not possible to complete the move in exactly n steps, then you must try to make a non-capturing move with exactly n-1 steps instead. If this is also impossible, try a non-capturing move with exactly n-2 steps. Etc. If you get down to 0, you will make a (non-capturing) move with 0 steps, which means that nothing happens.

The gambling pieces step as follows: 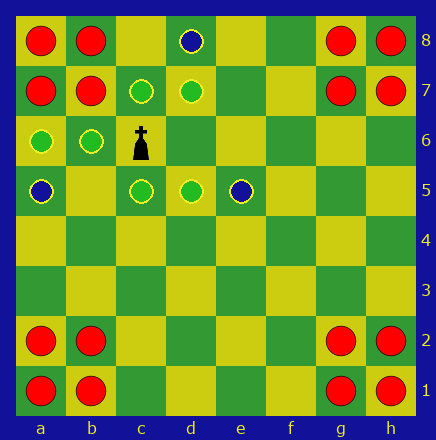 Imagine that the White Cavalo on d3 in the diagram below is facing north. 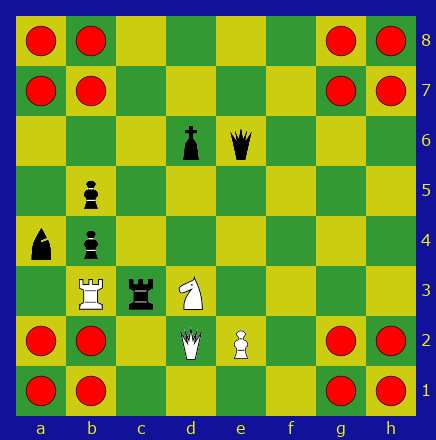 Suppose White wants to move the Gata on d2 using the d4-die. Then, whatever number they roll, they will always be able to capture the Formiga on c3 if they want to.

The objective of d4 d6 chess is to capture the opponent's pieces. If ever you have no gambling pieces left in the playing area, you lose the game. When a hundred turns (fifty per player) pass without any captures or Cavalo steps, the game ends in a draw. The game can also end in a draw by mutual agreement.

We described how to move gambling pieces above.

A special move can be one of four things:

I wrote a weak engine in Python that can play this game with some minor modifications to the rules. It uses brute force search and null move pruning.