I made the first Makruk set shown by glueing some wood knob pieces together, adding some toothpick points [to royalty], and used some red and white acrylic paint.

I bought a $1 chess set at a dollar discount store to get the knights... painted them too.

I already had the board. 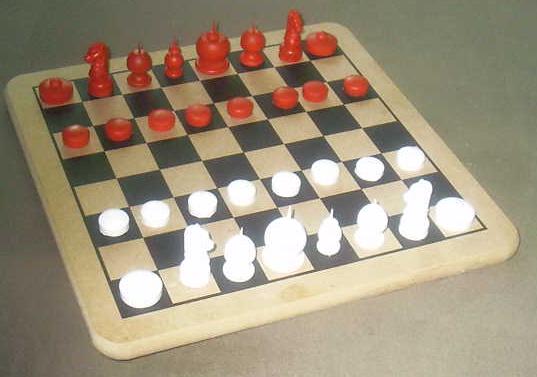 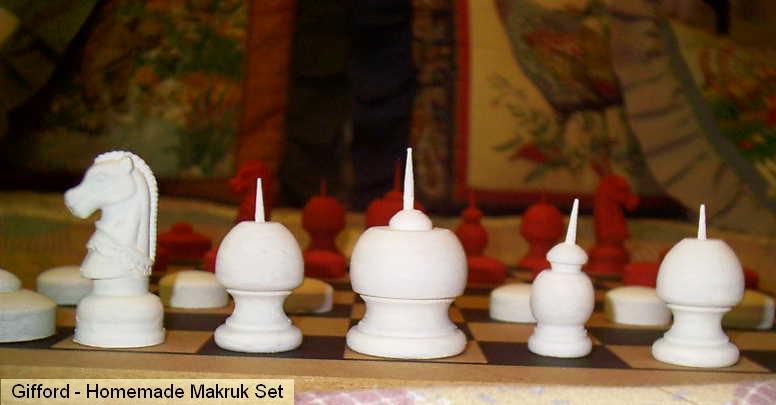 I had the board already. It is just under 9 x 9" and folds in four.

Pieces are as follows:

pawns - washers. recessed red dots are on the promotion side

knights - elbow fittings, wing-nuts are another option for knights

On July 20, 2008 I finished making a Makruk set from the popular elastic polymer (Sculpy(c)) which hardens in the oven. It is somewhat of a rough free-hand set with the knight all looking a little different. Even the pawns, though close in appearance, were made individually (instead of using a mold made from one ideal pawn). 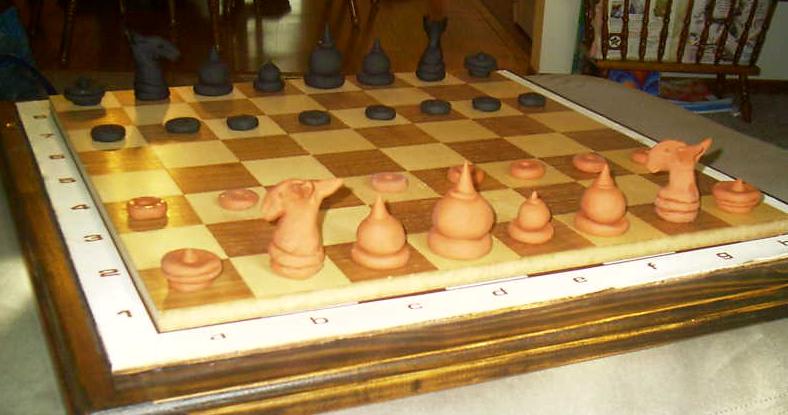 The promotion sides of the pawns have a central dot, then 4 outer dots to represent 4 possible squares of movement. 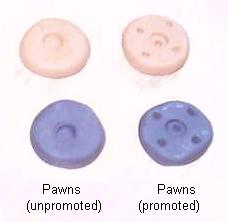