This is a variant of Dave McCooey's Hexagonal Chess

The hexajedrez word is a neologism. Chess in Spanish is said "ajedrez". 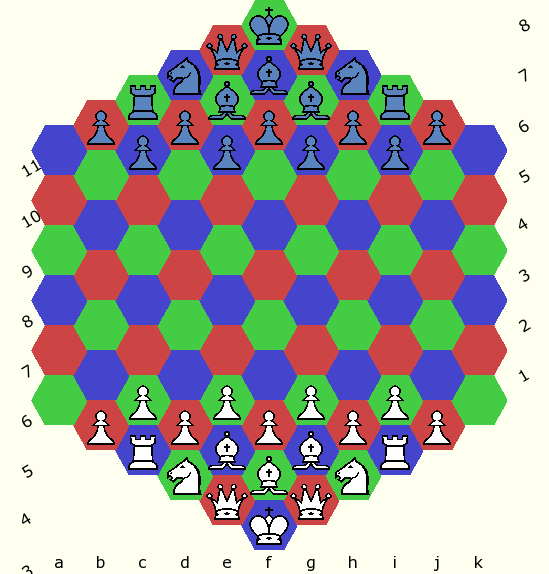 Same that McCooey's proposal with three exceptions:
1) Here the central pawns may also step two orthogonal cells at its initial movement.
2) Castling is made as usual in chess: king two steps toward the rook.
3) The Bishops Conversion Rule is applied to those placed on hexagons of a same color: e3 and g2 for White; e10 and g9 for Black. The conversion is made by moving one orthogonal step to any of the three red hexagons that surround to e3, g2, e10 and g9.