Recognized Variant of the Month for April 2002. Twelve times per year we will select a Recognized Variant for special consideration. Its web page will be reworked and improved and a connecting link displayed on all of our CV Pages. We hope to encourage CVPhiles to read about, play and explore this featured variant. 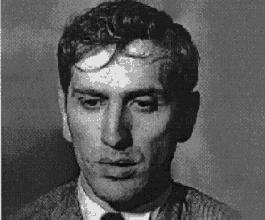 Bobby Fischer, a former world chess champion, proposed a variant of Orthodox Chess wherein the initial setup of pieces is chosen randomly. Fischer thereby joined the ranks of other former world champions, such as Capablanca, who proposed changes to the rules of chess -- none of which were ever implemented. Fischer Random Chess is somewhat similar to the older Shuffle Chess, or Prechess (or other related variants), yet has a unique style of its own. An extensive introduction and history of the game was written by Eric van Reem.

Fischer Random Chess is played with an Orthodox Chess set but employs a randomly generated array. Each new setup is determined by a computer program (or manual procedure) which assigns starting squares according to the following guidelines:

Castling may be performed under the following conditions:

If you have Zillions of Games installed on your computer, you can play this game. Download file: fischer.zip.

Fischer Random Chess has 960 legal arrays. This number is determined as follows:

That leaves six empty squares. Now, place the King somewhere between the two Rooks. There are 20 different ways for a King and two Rooks to occupy six squares with the King in between.

That leaves three squares for the two Knights and the Queen. There are three possible ways to place these pieces.

Written by various authors. Information based on news postings by Terumi Kaneyasu; send to me by Terumi Kaneyasu and Dennis Breuker. Modest Solans noticed an error in an earlier version. The picture of Fischer is from Palle Mathiasen's World Chess Champions site. Edited by John William Brown for the occasion of this variant being selected Recognized Variant of the Month for April 2002. Rules corrected by Fergus Duniho in May, 2004. WWW page created: 1995 or 1996. ﻿