Tempete sur l'Echiquier is a French game, invented by Pierre Clequin and Bruno Faidutti, and illustrated by G. Mattieu. It is made by the French game firm Ludodelire. The game was first published in 1986.

The game consists of a set of cards, to be used in combination with a normal chess set. The cards, when played by a player, change the rules of the game of chess, either temporarily (e.g., a pawn may make a capture straight forward; two pieces have their locations swapped), or permanently (e.g., a knight now moves as a camel.) Many of the effects are (meant to be) hilarious. There are in total 72 cards in the set.

An American version has been made by Steve Jackson Games, and is called Knightmare Chess. 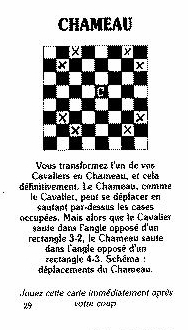 A knight is transformed into a camel. 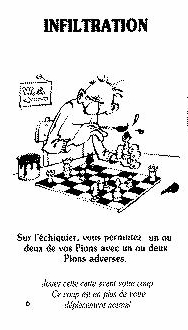 Change positions of one of your own pawns with a pawn of the opponent. 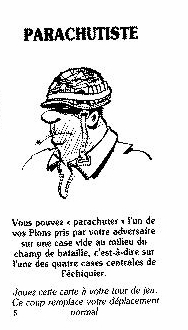 Parachute a taken pawn in the center of the board. 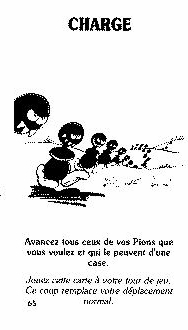 Move each of your pawns one square ahead. 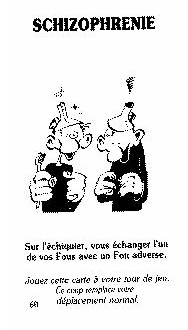 Change positions of one of your own bishops with a bishop of the opponent.

Packet and back of cards