This page is written by the game's inventor, David Smith.

Chex is a game invented by David L. Smith from New Zealand. A commercial set of Chex was sold, and sets can still be obtained for a very reasonable price from the inventor: write to

A previous version of Chex was sold under the name of Chess Cards.

Below, you find the basic rules for Chex.

Object of the Game

To capture your opponent's king.

Unlike standard Chess, Chex is played on a dynamic board which grows and shrinks to enclosed the pieces currently in play. The board is not limited to 8x8. It may grow to any width and/or height.

The players' pieces do not start on the board. Rather they are off the board, and "drawn" randomly to be added to play.

Thereafter, a turn consists of either:

In this example, white's bishop can not move. He is currently, "tagged" by the black pawns. If he moves, he would leave a "break" in the board. White's kNight is free to move to D4,D2,C1 or A1. Similarly, black's pawns are also unable to move. If it were black's turn, he would be forced to draw a piece.

When a player has drawn and placed in play all 16 own pieces, the game continues with that player being reduced to moving his or her pieces only until a result is achieved.

There is no pawn promotion, en passant capture or castling in this variant of chess.

The game is over when one player's king has been captured. There is currently no check/checkmate detection in this chess variant due to the complexity of the "breaking the board" condition.

The game is a stalemate if a player draws their King and is unable to put it into play "safely" (such that the next player would immediately capture it. Again, this is not currently detected by the game engine. If you draw your King, and can not put it into play, simple propose a "draw". Your opponent is honor bound to accept it.

The game is also a stalemate if you have no pieces remaining to draw, and are unable to make a legal move (that is, without "breaking the board"). Again, if this happens, propose a draw for your opponent to accept.

The above are the rules for electronic Chex as played at (email removed contact us for address) s.erols.com in Virginia U.S.A. (Subject: Help Chex.) The game itself comes in a very small box, containing all 32 cards, and a tiny booklet, giving the (clearly described) rules of the game. Components are well made; the cards have clear chess symbols on them. At present, you can order a set at a very reasonable price from the inventor (David L. Smith, 37 bannister Place, Christchurch, NEW ZEALAND, email: (email removed contact us for address) l.chch.planet.org.nz.)

Both skill and luck play an important role in this game.

This game can be played via email on Richard's Play-By-eMail Server.

These photo's were made with the camera of an SGI workstation by Hans Bodlaender on a lunch break in January 1997. 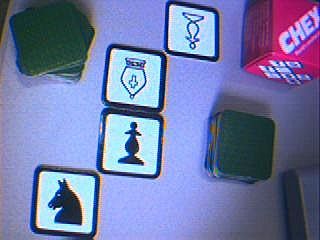 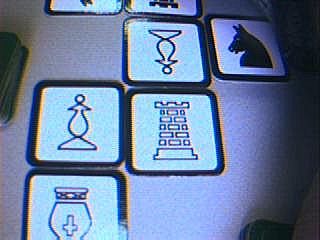 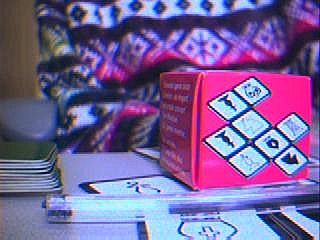 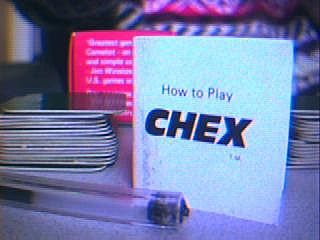 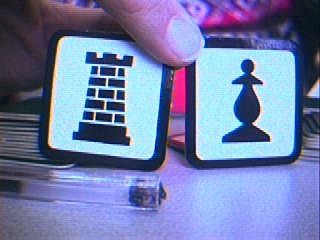 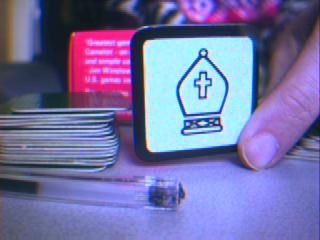