This page is written by the game's inventor, Daniel Zacharias. 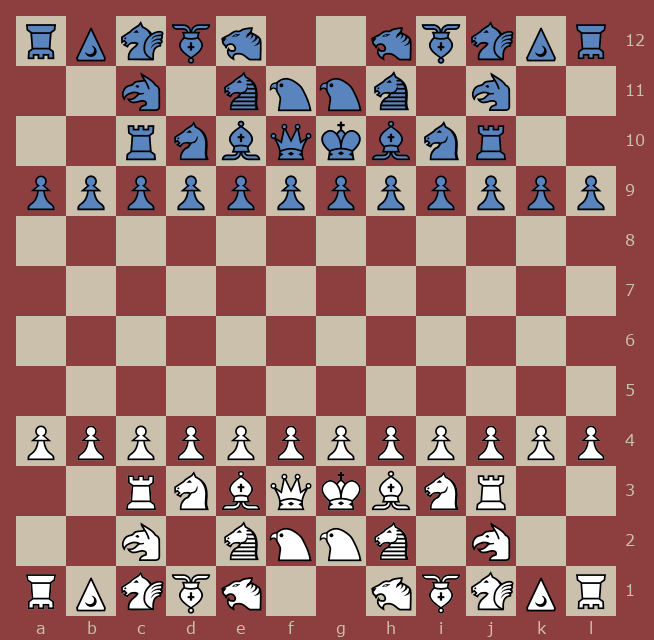 The Pawn, Knight, Bishop, Rook, King, and Queen all have their standard moves, including the Pawn's double step and en passant capture. Other pieces are described below.

Unless otherwise mentioned, the rules are as in Chess.

The King has two special moves, but may only make one of them in any particular game. Either move can only be made if the King has not moved yet and is not currently in check.

Pawns may promote on any of the last four ranks. Each rank presents different options for promotion.

Because of the large board, the 50 move rule of Chess is changed to a 100 move rule.