The idea for this started when I thought about the contrast between Lilliputian Chess (a 6-file variant where each quadrant's Bishop and Knight are combined into a Cardinal) and my own Isis (a 6-file variant where each quadrant's Rook and Knight are combined into a Marshal). Isis preserves the colourbound nature of Bishops, but leaves them very much the weakest piece type on the back rank when combining Rook and Knight gives a piece as strong as the Queen on 6 files and nearly so on 8. Lilliputian on the other hand sacrifices the colourbound Bishop in a non-colourbound Cardinal, but that piece at least is of comparable strength to the surviving Rook. Both of course lose the Knight's colourswitching character, and reduce the total range of pieces.

I therefore decided to see what happened if in each case I kept the board size, slid the inner combining piece over to the outer one's file to merge with it, and added a new kind of piece to fill the vacuum. The case for adding a new piece won me over to putting a Frog in Cam rather than have empty squares behind the file b and e Pawns. What would I put in variants preserving the 8x8 geometry and most of the relative positioning? I decided to make it the crooked version of the remaining linepiece, which would move in the general direction of the lost one.

As a final touch I decided to reduce the Queen in each case to the crowned version of the remaining linepiece, in the style of Mongolian Chess. This amounted to making each variant concentrate on a particuilar linepiece in its straight, crooked, and crowned forms, with the other existing only in Knighted form. This presented me with the names of these variants. Rookheavy leaves the King flanked by, I would contend, one of the most uniform-strength ranks of differing pieces in variant history, although its fellow centre piece is a smidgeon above the rest as an echo of FIDE Chess, Duke of Rutland's Chess, Courier de la Dama et all. Bishopheavy has something of the opposite effect, leaving the corner pieces by the far the strongest. On the other hand that itself echoes the oldest forms of Chess such as Chaturanga and Xiang Qi. 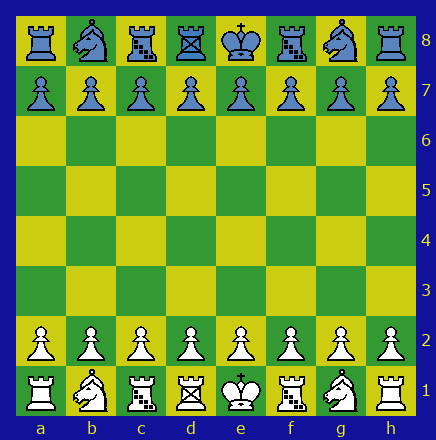 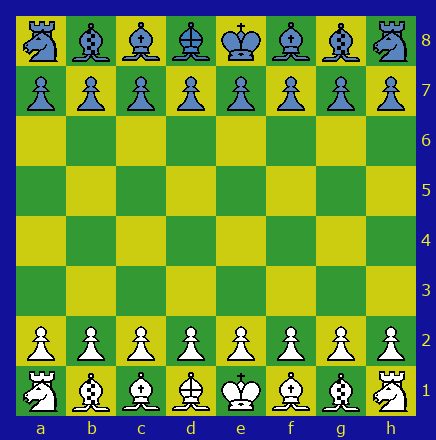 Initial double-step moves and En Passant are the same as in FIDE Chess. So is Castling, as the corner pieces are either Rooks or Rook compounds.

Pawns reaching the far rank must be promoted. They can become any other capturable piece in the same variant's array.

This variant can be played using a standard set and board, though remembering the differences in moves.

The arrangement of pieces on the back rank in my 3d variant Blocschach, particularly on the three long radials through the Emperor cell, is strongly connected with Rookheavy Chess. Rookheavy's Castling is also extrpolated to that variant.