This page is written by the game's inventor, Daniel Zacharias. This game is a favorite of its inventor. 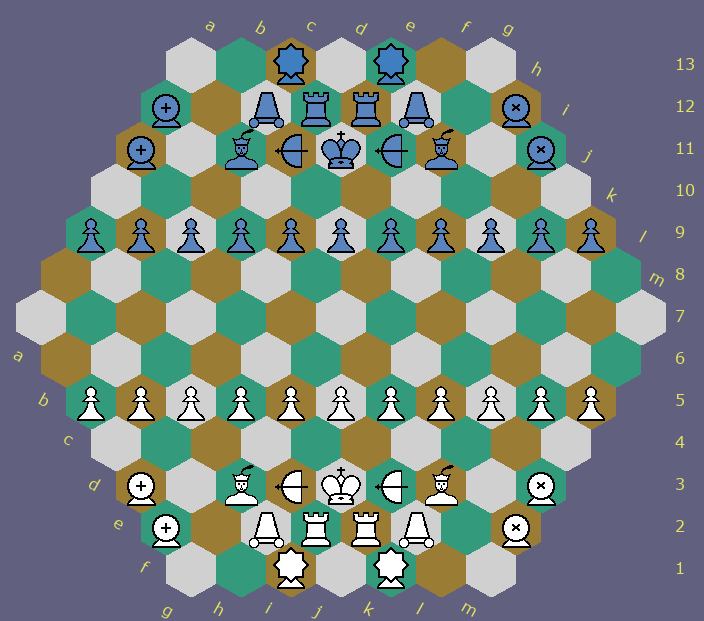 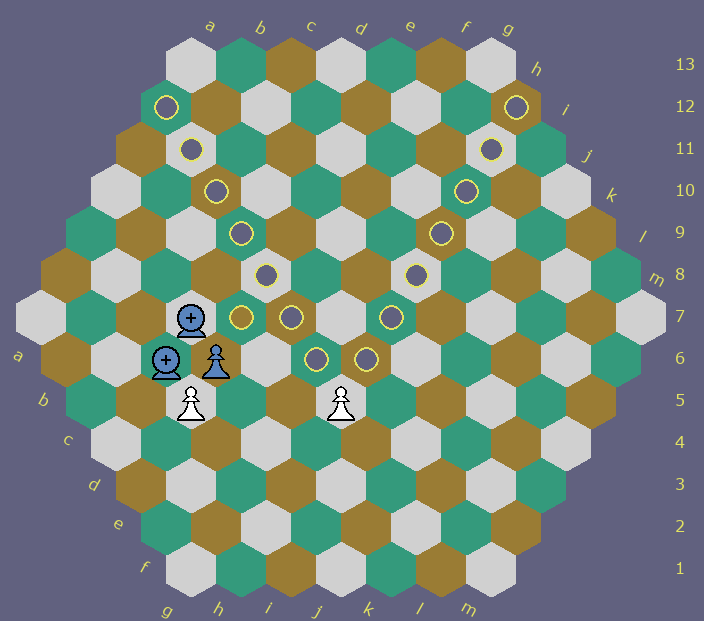 The Catapult moves like the Rider and Skirmisher, but captures differently from either. The Catapult catpures by leaping along a line over its target, landing on an empty space exactly as far from the target as the target was from the space the Catapult was on before. Other pieces, of either color, in the path of the leap do not obstruct the Catapult, but it's destination space must be empty for it to capture. 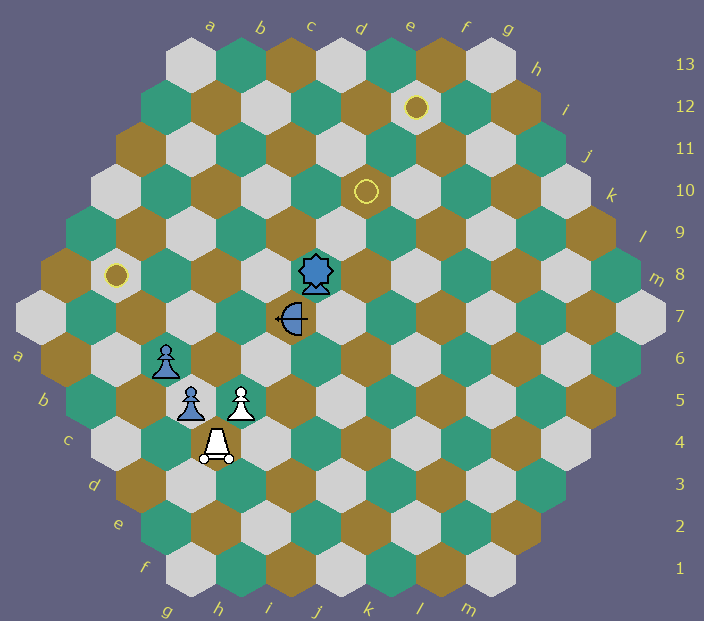 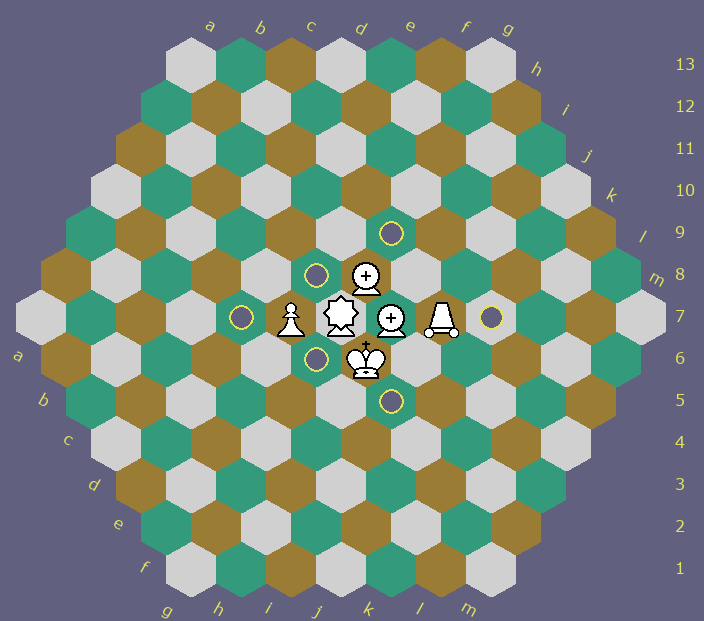 A Barricade may only capture with an advancing step. Either, neither, or both of the steps a Barricade makes on a turn may be captures. A Barricade may capture and immediately retreat to it's previous position, but it may not in any other circumstance make two opposite steps. Null moves are not allowed.

Barricades are immune to capture from all directions, except the two in which they can advance. Another way to express that is, no piece can capture a Barricade that does not begin it's move on the same line as both ends of the Barricade. When capturing a Barricade, the capturing piece treats the first end as the target. Thus, pieces that capture by replacement will stop on the first end of the Barricade, although both ends are removed together. Pieces that jump treat the first end as the target of the jump. Pawns cannot ever capture Barricades, because a Pawn must jump exactly two spaces to capture and the Barricade would occupy both of them. 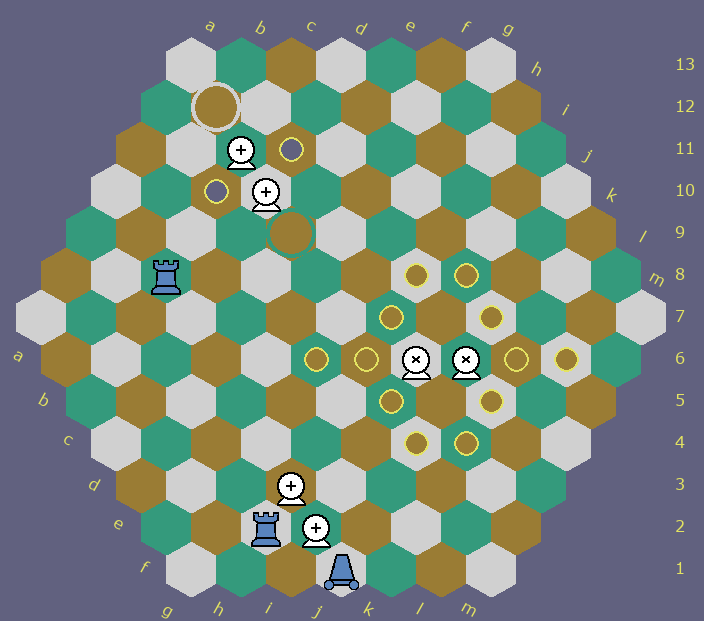