Having produced Nested Chess, a variant hiding within it a disguised form of the relatively FIDE-like Mongolian Chess, I wondered about nesting more distinctive Oriental variants. Here is one doing the same with Xiang Qi. This time I have no corner subvariant as the basic Xiang Qi board does not use a square board and the asymmetry would complicate things. The single array, however, covers a "stepping" subvariant transforming blockabilities and a "leaping" one relaxing them.

By the nature of this variant, its pieces include all those of Taijitu Qi, but together with something resembling the familiar forward-only front rank.

I also have a page for Nested Shogi. 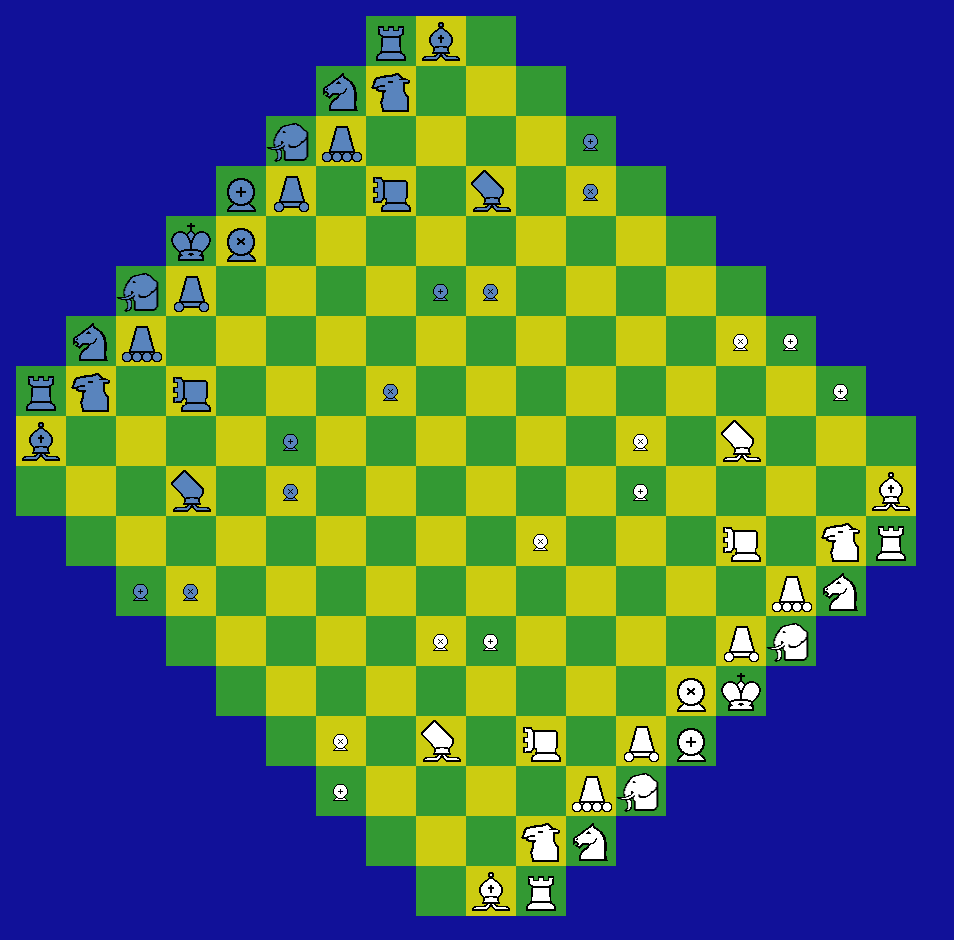 The Fortresses are the sets of cells:

The River is the 11-cell diagonal halfway between the camps.

Pieces fall into three groups. They are similar to the groups in Nested Chess and Nested Shogi but as the bound/unbound divide is less clear I have labelled them with group letters.

There is no initial double-step move, En Passant, Castling, or Cathedralling, as Xiang Qi has none of these.

Kings, Wazirs, Ferzes, and Dabbabas must remain within the Fortress. Elephants and Cobblers may not cross the River. Neither both Kings nor both Ferzes may face each other along a diagonal without an intervening piece, although a King and the enemy Ferz may.