One of my earliest variants was Fivequarters, which in its most basic form put the back ranks - and either none, half, or all the Pawns - of four FIDE armies on a board only 25% larger than the FIDE one itself. I extended this approach to multiplayer variants to 9-file boards with the 125-cell 125% Shogi and 125% Xiang Qi, and to still larger boards with the 108-cell 12# Chess. Now I have turned to smaller variants - specifically to 6x6 variants such as Diana, Los Alamos Chess, Haynie's Primary Chess, and variants of my own omitting other piece types.

Most variants here simply prefix Fivequarters with the name of the 2-player variant, but I judge "Haynie's primary" too cumbersome. So just as in Man and Beast 02: Shield Bearers I use the names Yeoman, Broker, et cetera to avoid expressions such as "Eurofighter Berolina Pawn", I implement my suggestion of the name Ariana (All-radial Diana) for my own spinoffs of this. In any case the name Haynie's Primary is unique among the names of the two-player games on which this lot are based in that it contains the surname of its inventor, and as he is not the inventor of the game's Fivequarters version it seems all the less appropriate to use his surname in that context.

As with the original Fivequarters (and unlike the larger offshoots) this family of variants genuinely use five quarters of the corresponding 2-player variant. It crams the back rank into two ranks by three files and, as this leaves only one three-cell rank in each player's quarter, only half the Pawns - or in Sylvia's case Knights - on that rank. 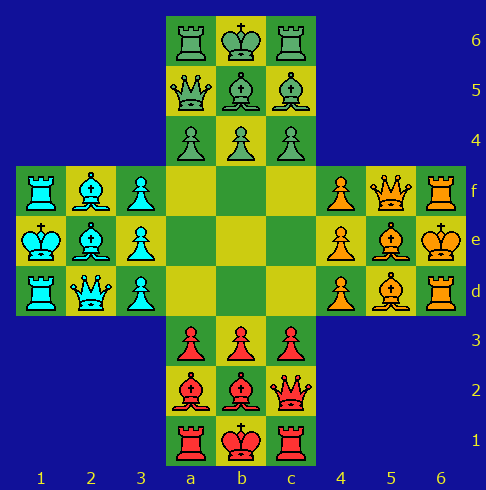 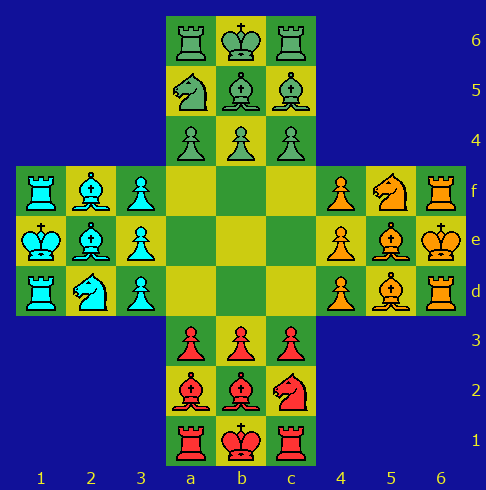 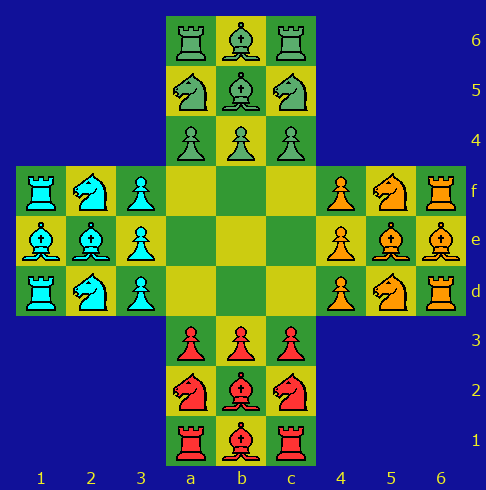 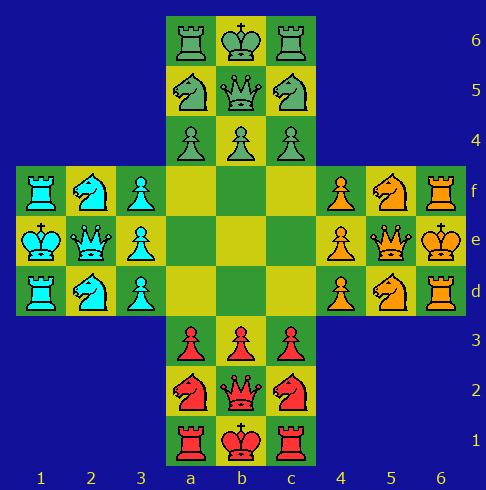 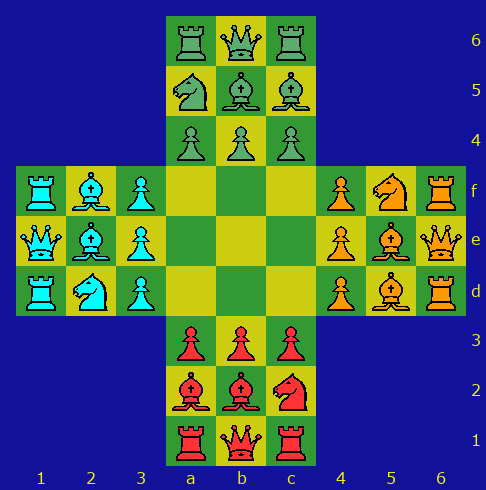 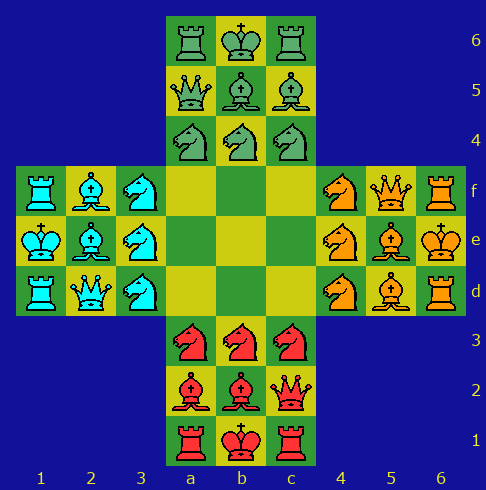 Pieces are the same as in FIDE Chess, but with one type - or in Electras's case two - missing, a different type in each variant.

Play proceeds anticlockwise starting with Red. As in Fivequarters and all its offshoots, pieces can move from one camp to another only as part of a long-range move passing through a square in the central area.

Pawns are barred from capturing into an adjacent player's camp. A Pawn reaching the opposite camp is promotabe to any other array piece type except King. Promotion is optional until it reaches the far rank and compulsory on that rank.

As with the original Fivequarters, Conference and Ringbearer subvariants of all these can also be played.