This page is written by the game's inventor, Max Koval.

Koval’s Hexagonal Chess is a two-player hexagonal chess variant invented by Max Koval in 2021 and first published on Chessvariants.com. This game uses a new board with 72 hexagonal cells and a set of 40 chess pieces. 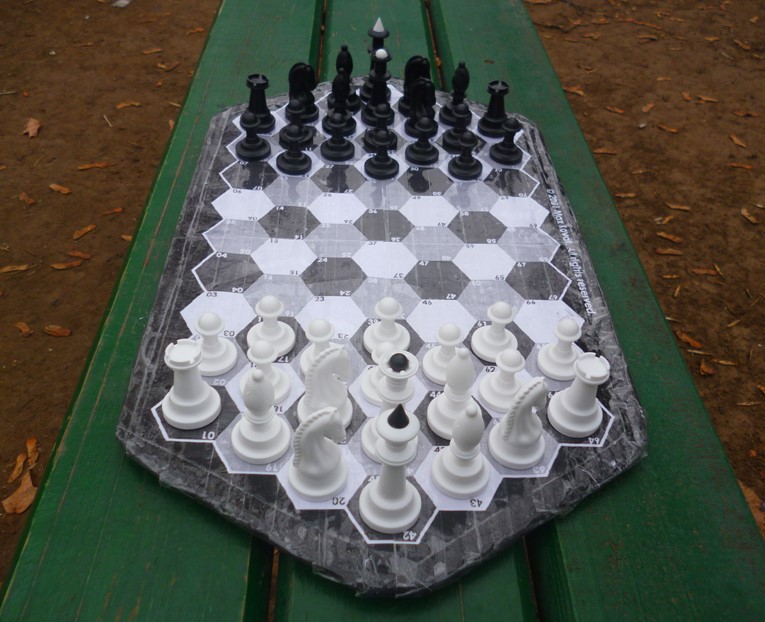 This particular variant was an attempt to create the most natural and aesthetically satisfying initial setup for chess on a hexagonal board. Although the idea of creating chess on hexagonal cells isn't new, my game is different enough from the past ones.

I hope you'll enjoy this variant. 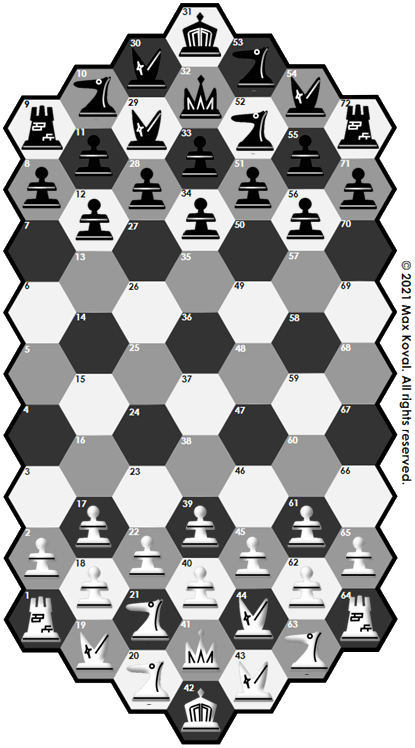 I didn't want to use classical chess notation because it looks unnatural on a hexagonal board and is difficult to read. Board coordinates are very simple - if someone is not familiar with Latin script, this system will be the most convenient solution.

The movement (as well as the names of the pieces) is logically similar to orthodox chess (with the remark that it is transcripted for a hexagonal board), and other standard hexagonal variants. 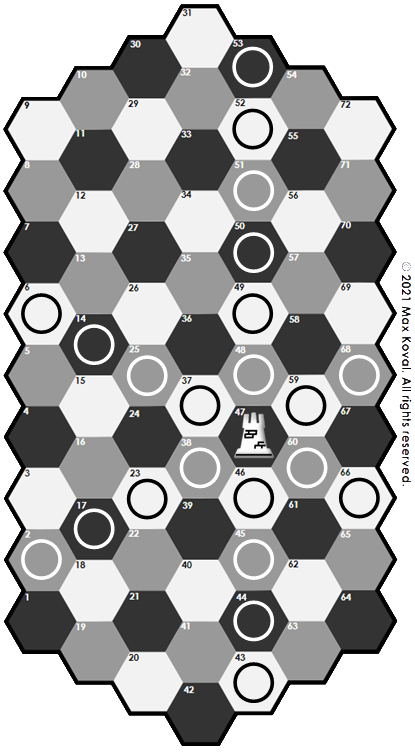 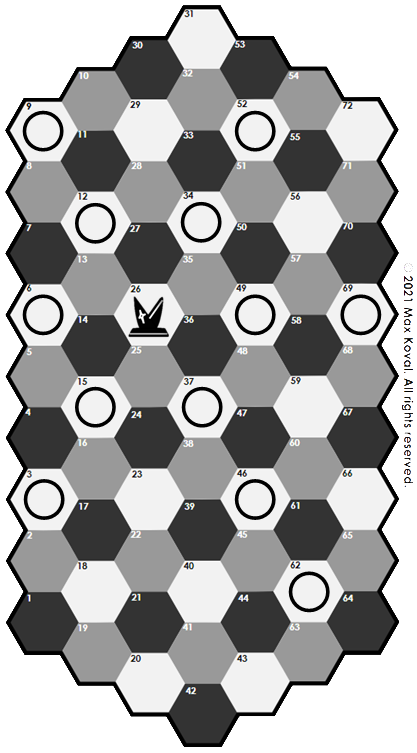 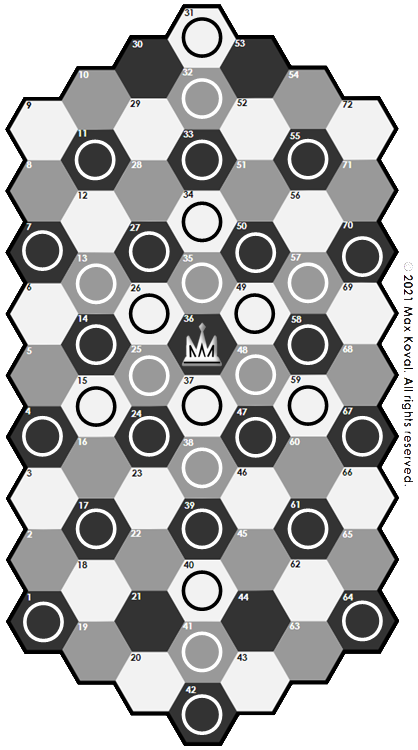 King (One cell in orthogonal or diagonal direction; cannot move to the cells attacked by the pieces of opposite color). 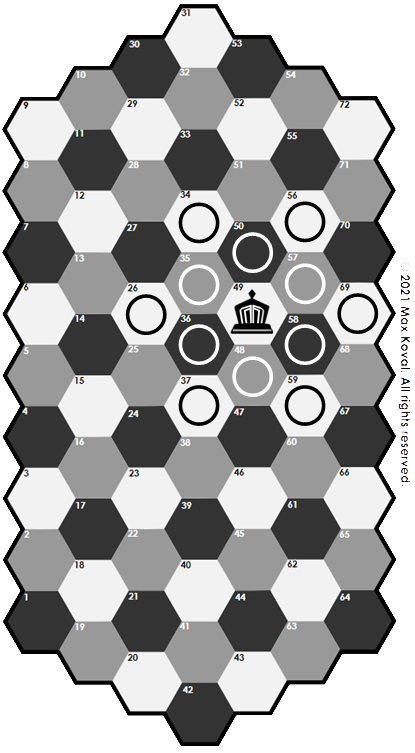 If castling is possible in only one direction, you don't need to use a letter to show where exactly the king will go. 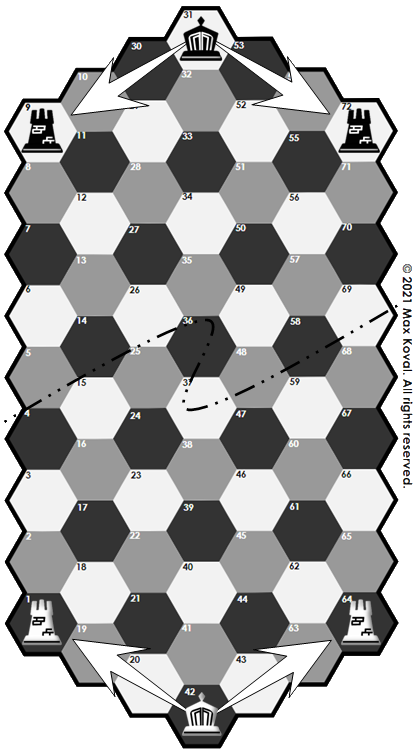 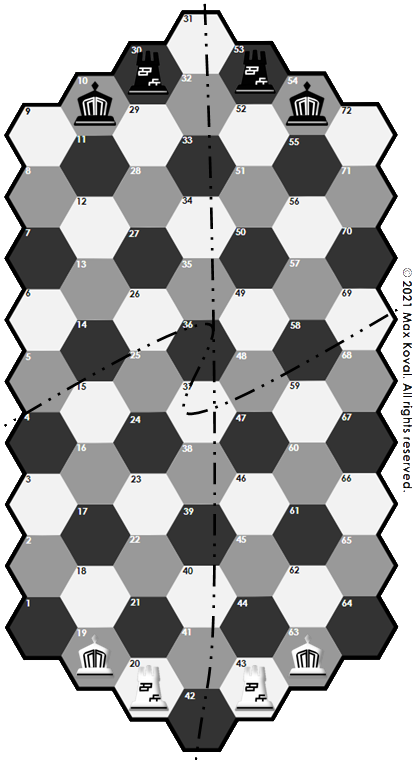 All the castling exceptions, which are used in orthodox chess, should be applied.

Knight (One cell in hippogonal direction). 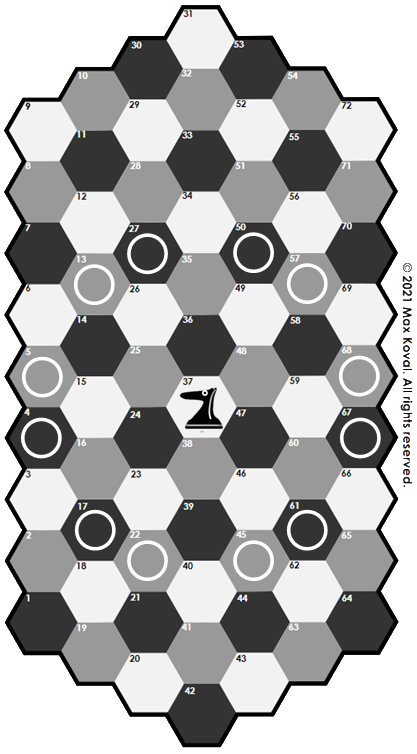 Pawn (One cell orthogonally without taking straight forward and capture only diagonally forward). 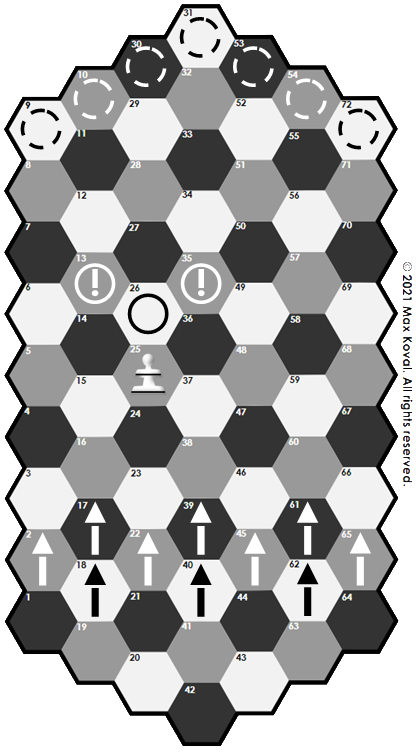 Koval's Hexagonal Chess is a two-player board game based on chess. This game uses standard chess pieces (plus some additional) and should be played on a new board with 72 triple-colored cells.
The main difference between this game and orthodox chess are the castling and stalemate rules, board shape, and the number of pieces.
Stalemate is counted as a draw if the attacking side still has their queens, rooks, or pawns on the board (or each of them in particular). In other cases, it is a victory for the attacking side.

'White' moves first, 'Black' moves next. The main goal of this game is to checkmate the opponent's king and so on. All the rules are similar to standard FIDE chess. 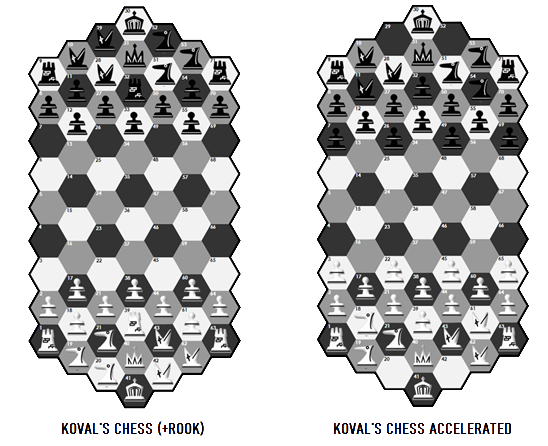 Copyright © 2021 by Max Koval. No part of this text or images may be reproduced on other websites in any manner.