A Cornucopia of 9x9 Corner variants

These variants have their origins in a 2-player variant with Kings in corners, possibly Diagonal Chess. If it rings any bells please remind me of its name. I wondered whether the principle of starting in corners could be applied to larger variants, on a not-that-much-larger board. Other variants influencing my thinking are my own Pass Variants, although unlike that page this one deals strictly with 2-player games using, or extrapolating from, European pieces. I could not face the complications of Chinese Rivers and Japanese "forward" definitions. 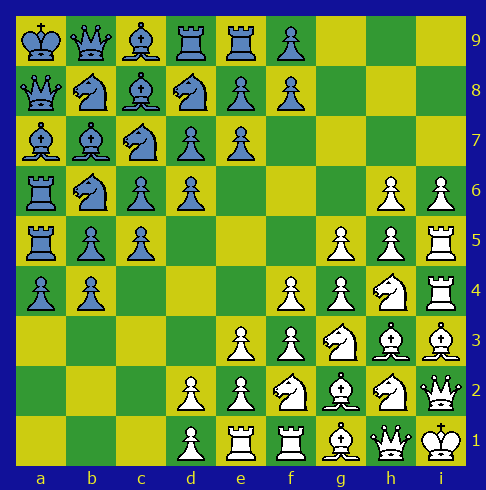 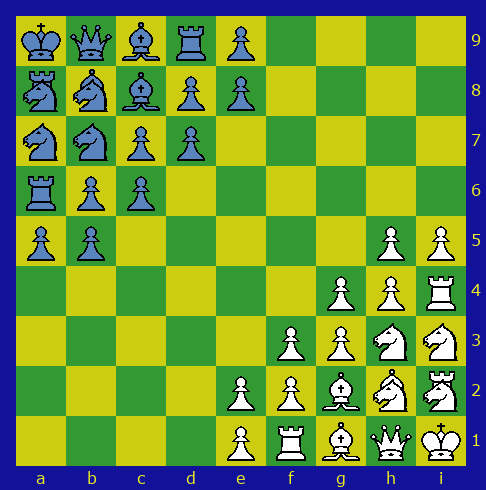 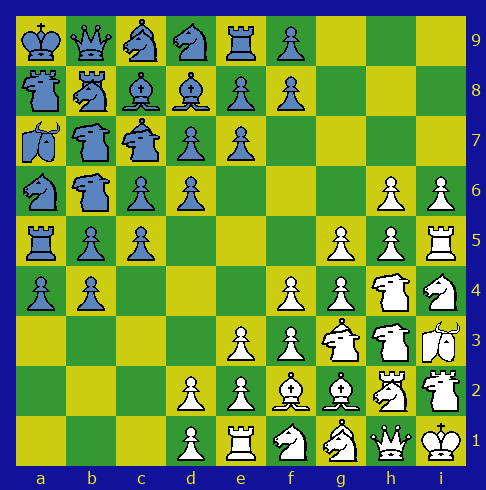 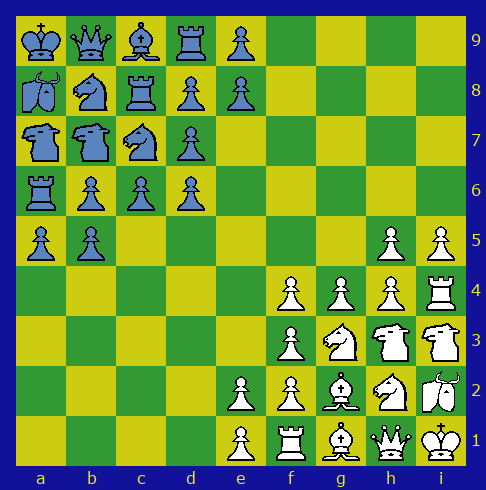 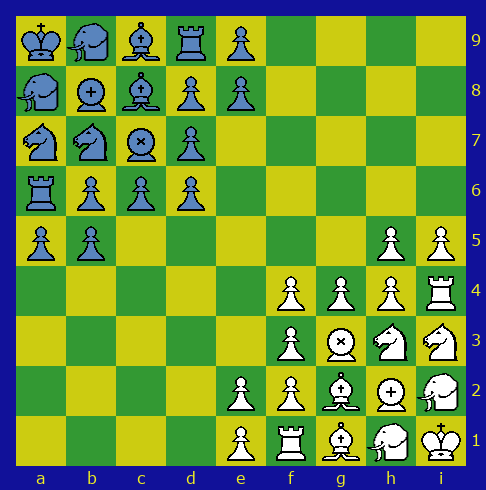 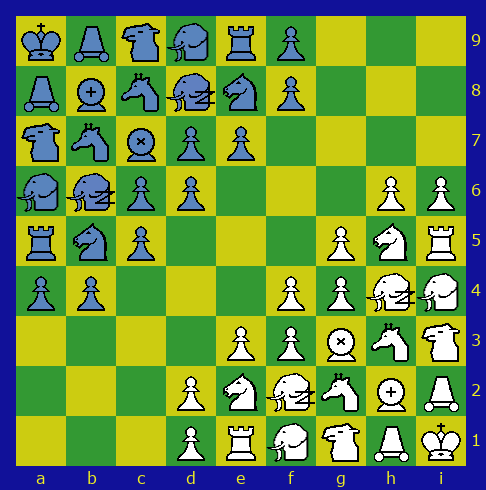 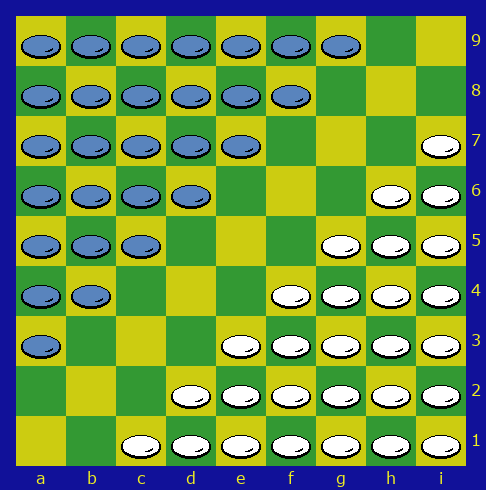 Most pieces are the same as in face-to-face variants. Groups include:

Pawns behind the front Pawn diagonal have an optional initial double noncapturing move, on either orthogonal. In subvariants using Yeomen, they have it on the diagonal toward the enemy camp. Promotion to a symmetric piece captured by the enemy is optional in the enemy camp and compulsory on the enemy King square.

In British Orthogonal Draughts, Twice-Pawns reaching the enemy camp are promoted to be able to move and capture along all four diagonals. Both pieces can make any number of successive capturing moves, but may make a noncapturing move only between two enemy moves.

Castling is as in FIDE Chess, with the King always moving two squares. I suspect that occasions when it is useful will be fewer than in face-to-face variants, but it is there just in case as the Rooks slotted fairly naturally into a position suiting this move.

Checkmate is as in FIDE Chess. In a modified version of the Diagonal Chess rule, players can also win by getting an unpromoted Pawn to the enemy King square when they have the full complement of symmetric pieces (and therefore nothing to promote it to). In British Orthogonal Draughts victory is by capturing the entire enemy army.

Piece density in standard Draughts appears superficially to be 3 in 8, but as half the squares of the board are inaccessible it is actually 3 in 4 accessible ones. Indeed standard Draughts can be transformed into an Orthogonal game on a diamond-shaped board: 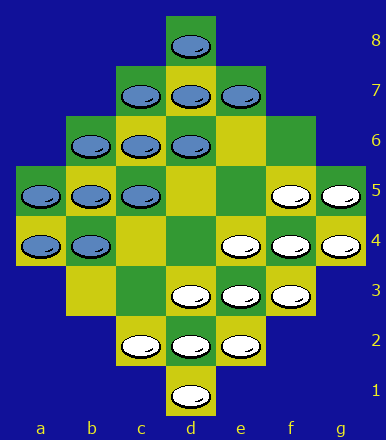 Another illustration is in Hafts, which uses two modified Draughts sets (diagonal pieces Pawned only once to capture orthogonally) to give a 3 in 4 piece density over the entire 8x8 board.

Orthogonal Draughts on a hex board best suits the Wellisch orientation. My Compact Hex Chess and Stelliform 6 player Chess pages include examples of this.