Full tamerlane chess, Grand chess, and Omega chess is fused in this game. 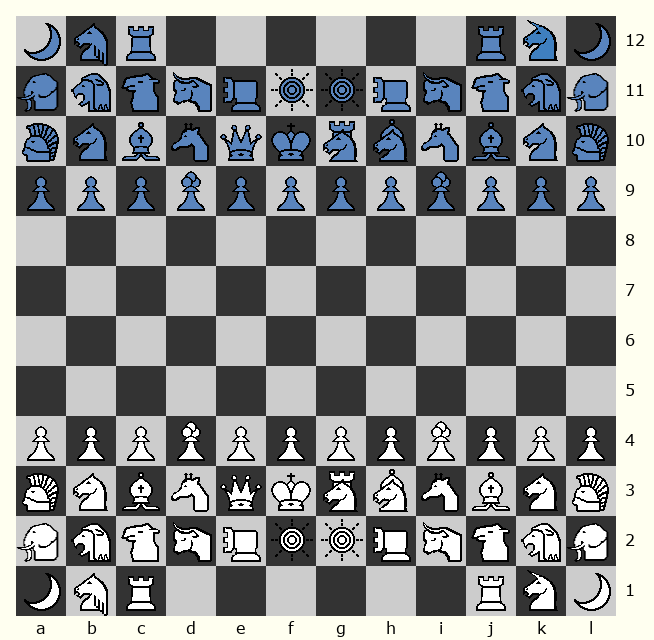 * Leaper can pass pieces when it moves more than 2 squares.

Wizard(W) : Leaper. It leaps diagonally one square, or leaps like the Camel. A 1x1 or 3x1 leaper.

Pegasus(S) : Leaper. It leaps diagonally one square, or it leaps a distance of two squares in one dimension and one more in the other, as the the Knight does in Chess. A 1x1 or 2x1 leaper.

Rook(R) : It moves any number of squares orthogonally.

Camel(C) : Leaper. It leaps a distance of three squares in one dimension and one more in the other. A 3x1 leaper.

Ox(O) : Leaper. It leaps a distance of three squares in one dimension and two in the other. A 3x2 leaper.

Cannon(N) : It is the Cannon from Xiangqi. It moves as a Rook but cannot capture with this move. To capture, it must hop over a piece.

Champion(H) : Leaper. It leaps orthogonally one or two squares, or it leaps diagonally two squares. A 1x0, 2x0, or 2x2 leaper.

Templar(T) : Leaper. It leaps as the Knight from Chess, or, without capturing, as the Ox. This piece was proposed in Omega Chess Advanced as a more mobile replacement for the Knight on a larger board.

Bishop(B) : It moves any number of squares diagonally.

Giraffe(G) : It moves one square diagonally and then any number of squares in an outward orthogonal direction like a Rook. Unlike the Griffon, this piece cannot capture on the diagonal first step of its move, though it may still move one space diagonally without capturing.

Queen(Q) : It moves like the Rook, or the Bishop.

King(K) : It moves one square orthogonally or diagonally.

- When your King is checkmated, you are defeated.

Captain(I) : It moves or captures a piece like the Pawn, but not only in front, but also sideways. It may capture one space diagonally in any diagonal direction, even backwards.

- With respect to double moves, en passant, and promotion, it is considered a Pawn.

The moves of the leapers. 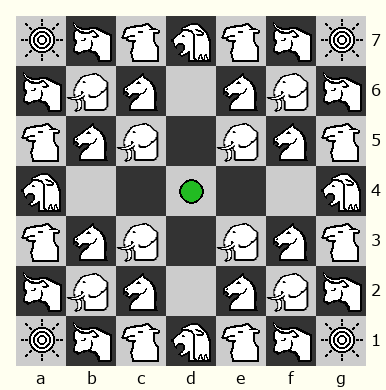 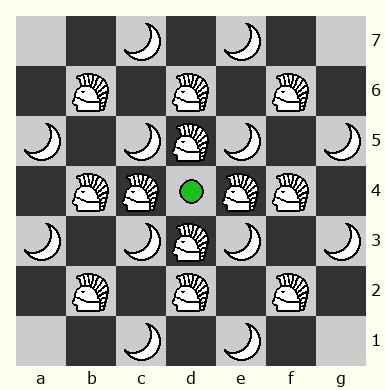 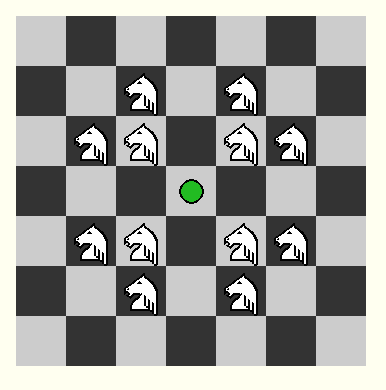 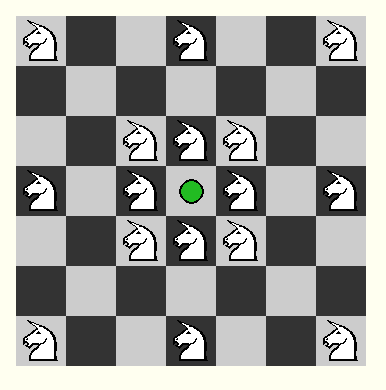 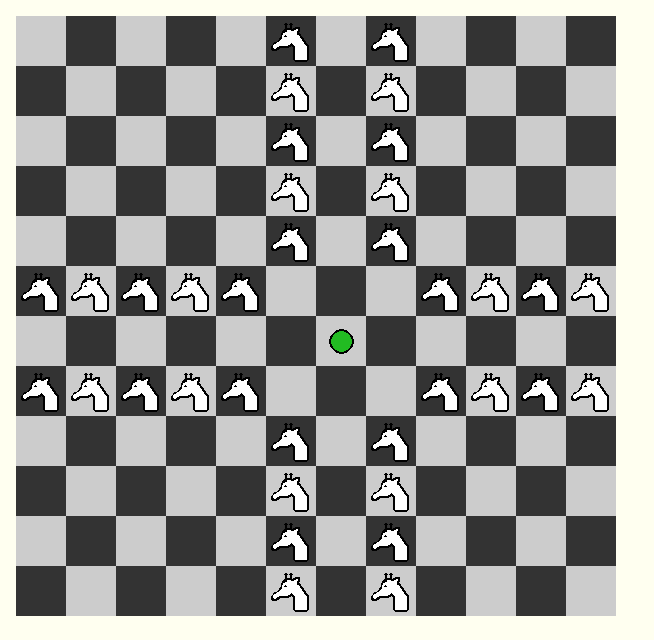 1. Pawns can move 2 squares orthogonally forward when they first move.

3. But there is no castling.

- The Pawn can only be promoted to a friendly piece that has been captured.

5. A Pawn that has reached the last(12th) rank must be promoted.

- If there is no friendly piece that has been captured, the Pawn on the 11th rank cannot reach the last rank.

- But the Pawn on the 11th rank can still give a check.

6. Other rules are same as Orthodox chess.