Inspired by a dream, this 1985 commercial variant starts with a board-building phase. The game appears in Pritchard's Classified Encyclopedia. 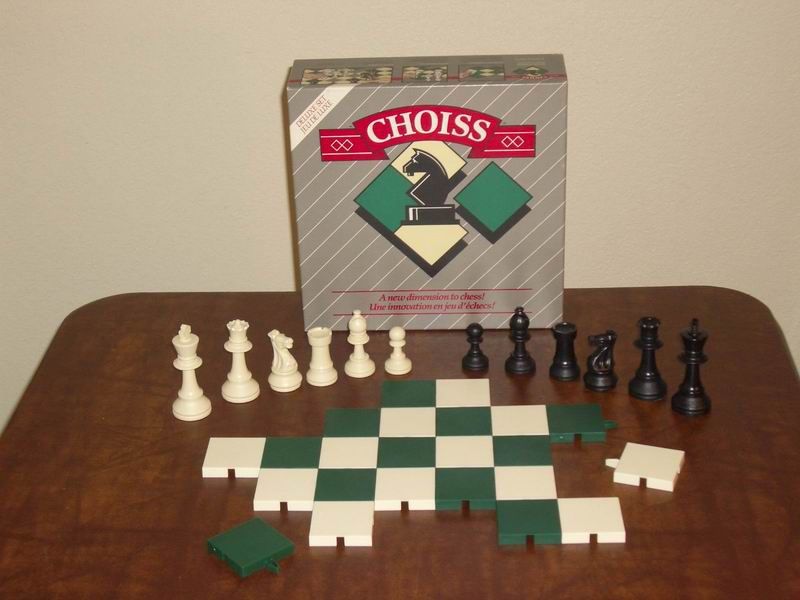 The game starts with the players building the board. A central 2x2 square (properly colored) is placed first, then the players alternate turns adding a square of their own color. A square must be attached orthogonally adjacent to an existing square of the opposite color (so that the board is guaranteed to be connected and properly colored). The board will likely be irregular and have gaps; pieces can only move through/on squares that exist (knights can leap over gaps).

The board is then divided in half (how exactly?), and players place their pieces on their half of the board. The pawns are placed first, again alternating between players, then the other pieces.

Pawns do not have an initial two-step, and there is no castling. Pawns can promote (how exactly?).

In Ed Friedlander's applet, the board seems to be constrained to a 12x12 area, and is then divided such that each player "owns" the largest number of ranks on their side whose number of squares does not exceed 32. (Thanks to Joost Brugh for the comment on that page noting this.) As far as I can tell, Ed doesn't allow promotion.