Having created a series of Xiang Qi variants, based on how the existing pieces might have been strengthened had Cannons not been introduced, it occurred to me to try something similar with the ancient variant from the other side of the Himalayas. Initially I devised two basic variants. BATTURANGA was named in honour of Battenburg in the German state of Hessen (see also notes), as it rearranged the array into corner camps suggesting the cakes of that name. POWER CHATURANGA extended leapers to cover the 3rd as well as 2nd perimeters, strengthening the Elephant to be bound to half the board but strengthening the Knight rather too much. A third variant combined the two modifications.

Later I added two other basic variants. ETHELRED CHATURANGA, named after a king of pre-Norman England who was "unready", meaning unadvised, removed the Ferz - which was not among the four pieces that "chatu" means - and its file. Elephants remained on distinct bindings covering 8 squares each, but out of a total of only 56. TREBUCHETÃ‰ CHATURANGA gave minor pieces an additional 3:0 leap, fully unbinding the inner ones but only marginally strengthened the Knight. Ethelred was incompatible with Batturanga, and Power with TrebuchetÃ©, but any other combination of two was valid.

Comments on my Kangaroo Piececlopedia entry, combined with the Carrera/Bird/Capablanca family of Bishop-era variants, inspired me to wonder about a variant with Ethelred pieces plus all their compounds (except King and Pawn ones). Having 10 files in the style of that family di d not suit this page, but using a standard board in the style of my Catholic Bishogi does. This arrangement I term CHATUKANGA as a pun on its inspiring piece. It includes by nature an Ethelred element (although without the reduced board), and I judge it incompatible with other modifications. I have since created a page for a 10x10 game with these pieces, Maha Chatukanga.

On reviewing this page with the intention to add Chatukanga I realised that my images for the Infanta and Trifle at the time, before I switched to a then recently introduced array designer, were the same. I wondered about giving one of the two a different image, but then I had a better idea. The TrebuchetÃ© modification was such an improvement over the unsatisfactory Power one that I may as well drop the latter, stripping the page of three pieces including the Trifle. This would also keep down the total number of variants on the page. So the Power variants have gone the way of Voyager and Heroic Round Chess - and others since. 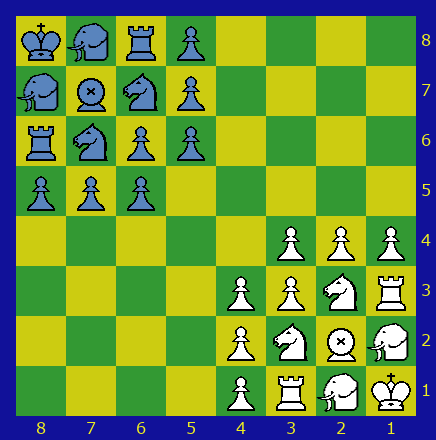 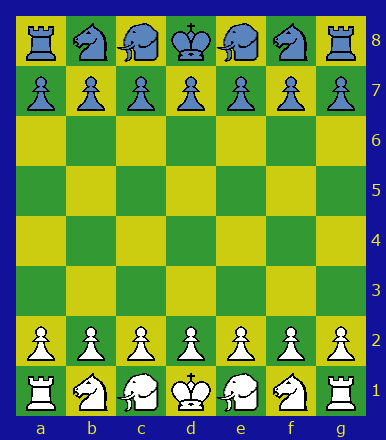 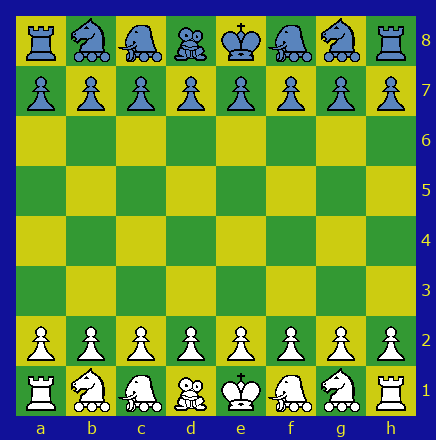 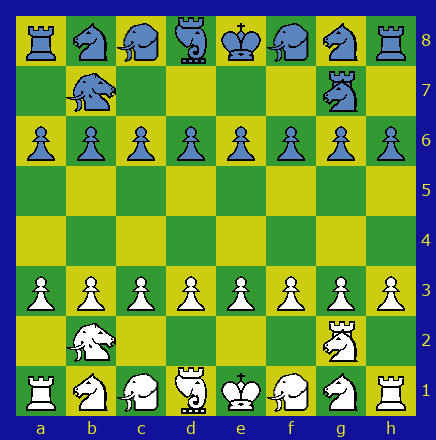 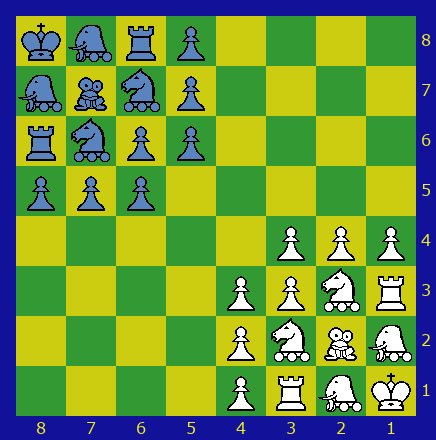 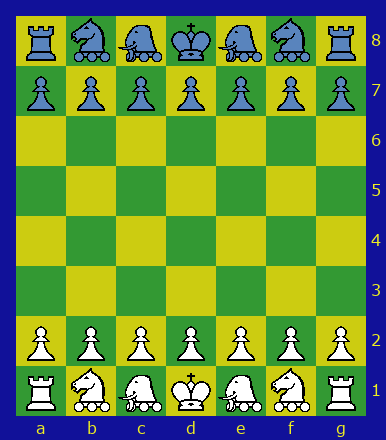 Pieces common to all variants: Original Chaturanga pieces: Pieces specific to TrebuchetÃ© variants: I also use the Frog as a creature of lowland marshes in Cam, CoBlaChe, and Humpty Dumpty Chess, and the Frog and Newt together as compounds of their components in Symgi.

As Castling, the initial double-step move, and En Passant did not exist at the time of Chaturanga nor do these variants have them. In Batturanga, Kings and Rooks are too close together anyway.

Promotion in face-to-face variants is to the type of piece whose starting square the Pawn reaches except a King/Frog/Infanta square. There it becomes a Ferz in Ethelred, Frog in TrebuchetÃ© and TrebuchetÃ© Ethelred, or any array compound in Chatukanga. In Batturanga Pawns are not necessarily promoted on an enemy's starting square so Chaturanga rules are interpreted as follows: promotion is to Rook on a corner square, Knight on a square adjacent to a corner square, Elephant on one adjacent to that, and Ferz on one of an edge's middle two squares. TrebuchetÃ© Batturanga substitutes the corresponding compound pieces.

Bare King, Check, Checkmate, and Stalemate are as in Chaturanga.

Also inspired by a place in Hessen is JÃ¶rg Knappen's 10 Directional Chess, while his Mainzer Schach is set just over the Rhine in Rheinland Pfalz (Palatinate).

Some people believe that the Rook replaced a Dabbaba that was the corner piece in a proto-Chaturanga. In a TrebuchetÃ© version of that game the corner piece would be the TOAD, the combined 2:0 and 3:0 leaper - making the full complement of amphibian square-board piece names known to me. The Toad is unbound and can lose the move in 5 moves, both powers unlike its components but like the Frog.