These variants follow on from Half Courier. Having already crammed the retractible pieces of the 12-file Courier (minus the Prince's orthogonal moves to give two Ferzes) onto 6 files, it occurred to me that the same could be done with other many-file variants. All the original games covered here have 10 ranks, which are preserved in the Half variant to give a common 6 by 10 board. Where the original game has only 10 files, I felt that 6 files still reflected the Kingside-Queenside (or equivalent) asymmetry better that the 5 files that I used for Half Shogi and Half Xiang Qi. Where it has 11 it has had the effect of adding this feature.

The same camps, in most cases with Pawns added back in, can also be used for 4-player variants of the 12 Sharp Chess family.

The first array is based on Fergus Duniho's Eurasian Chess, with the remaining pieces in the same numbers: 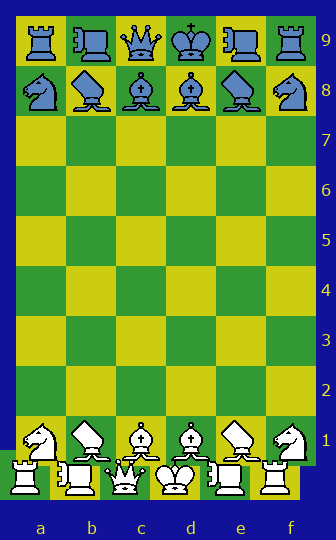 The second is based on my own Wildeurasian Qi, with the remaining pieces in the same numbers: 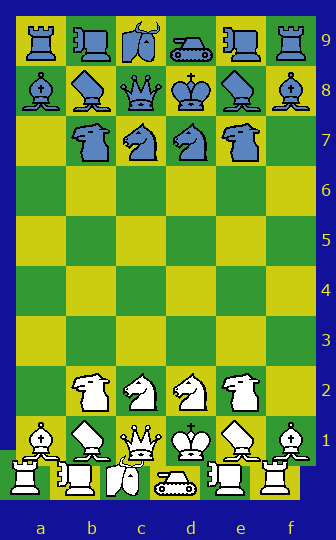 The third is based on Timur's Chess with an extra Ferz, with the same pieces behind the Rook rank as in the full-size game: 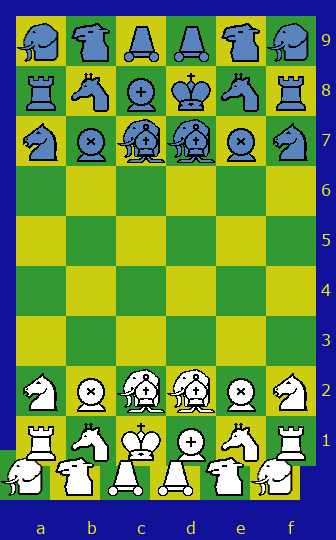 The fourth is based on my own Mitregi 108, with the same pieces behind the Rook rank as in the full-size game: 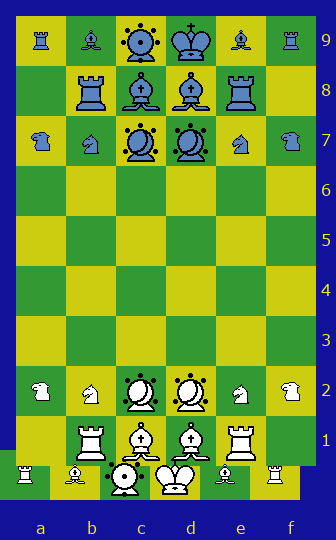 The fifth is based on Wildebeest Chess with an extra Gnu: 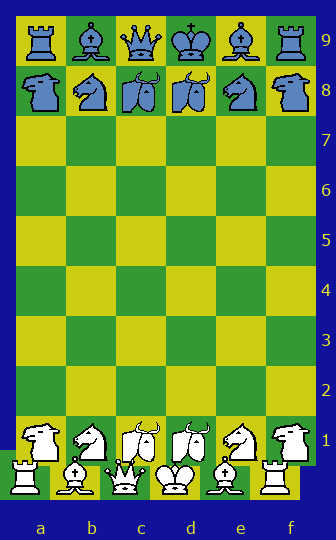 The sixth is based on Duke of Rutland's Chess, reduced by one Chatelaine and one Knight: 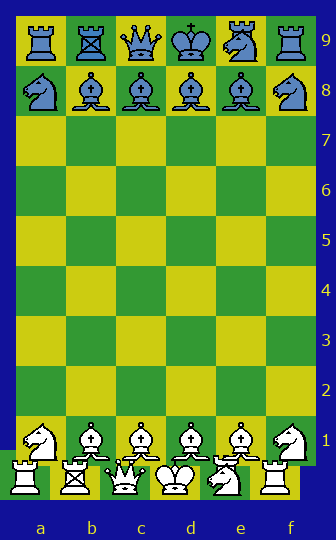 Pieces are as in the full-size variants, minus Pawns. I carefully avoid giving long- and short-range pieces the same image, even in different variants. Hopefully most are obvious by image, position, or both. Half Timur's back row are the usual colourbound leapers.

There are no Pawn-specific rules and no Castling. Other rules are as in the full-size variants. Notable are the Half Mitregi promotions (Rook to Chatelaine, Bishop to Primate, Wing/Helm to Gold, Mitre/Hump to Silver) and inability of Half Wildeurasian compounds (Queen, Tank, Gnu) to enter the enemy half of the board.