Xiangqi is the chess played in China and some neighbouring countries.

It is the most played strategy board games in the world even if it is not very well known in the West. 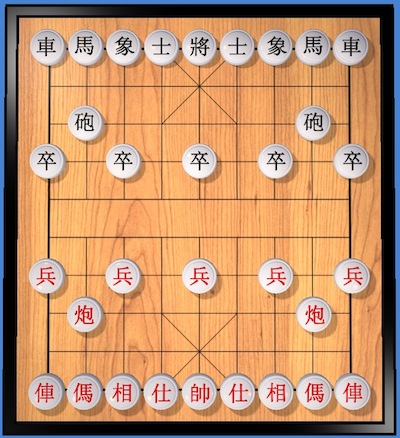 To win you have to checkmate the General of your opponent.

The board is a 9x10 grid but is virtually divided into 2 fields separated by a river. Each field has a palace. 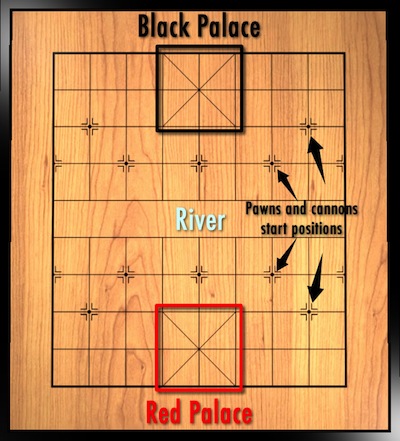 We made a western set of pieces for players who might not be familiar with the traditional chinese version. From left to right: General, Advisor, Horse, Elephant, Chariot, Cannon, Soldier. (red and black pieces are different in the traditional set, not in the western set) 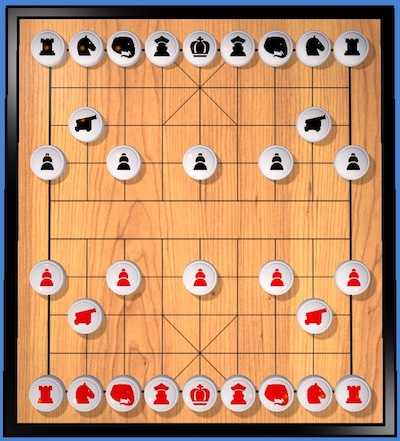 You can use our cheat sheet for a start, for more detailed rules and explanations, you can also read the Xiangqi Wikipedia page. 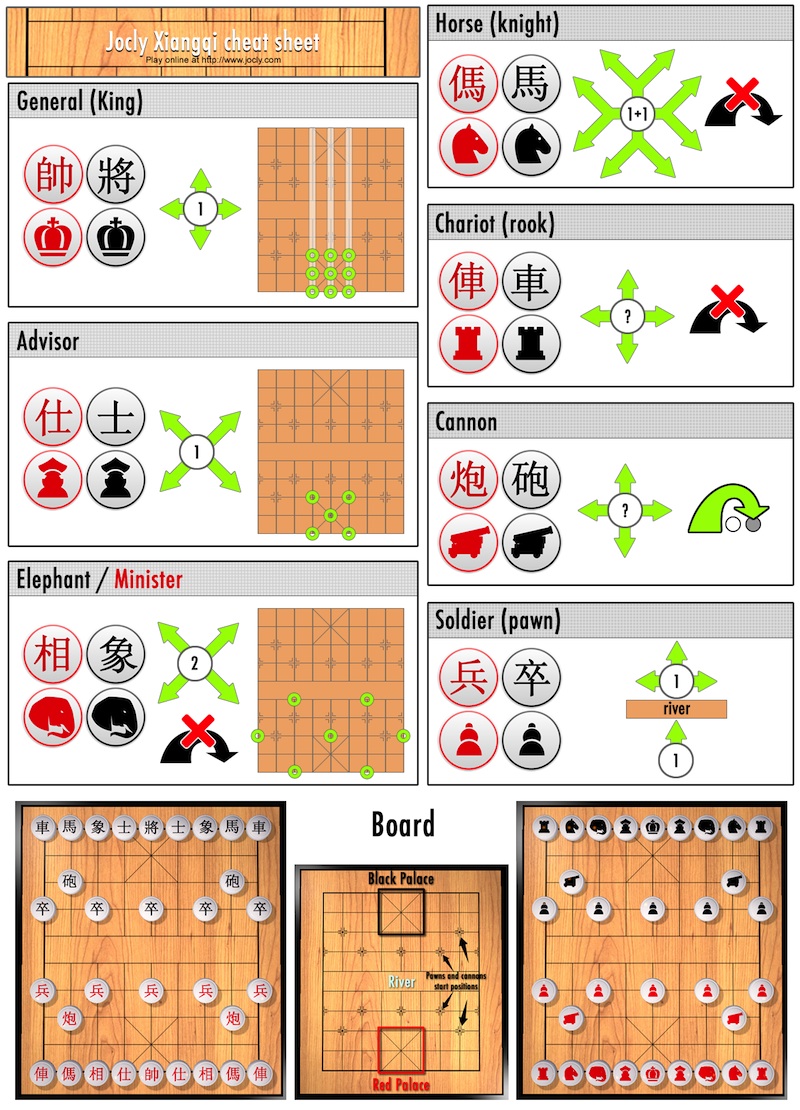 Higher resolution is available on our wiki

2D skins are available for all, 3D skins need WebGL so please use Chrome or Firefox. 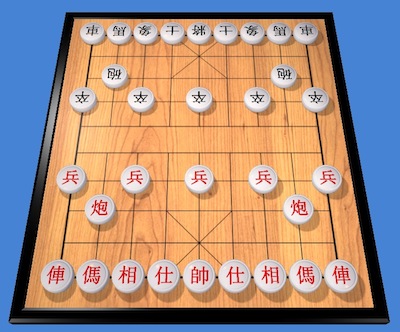 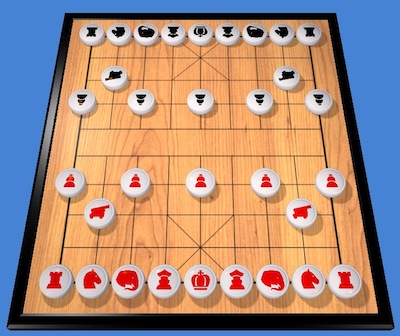 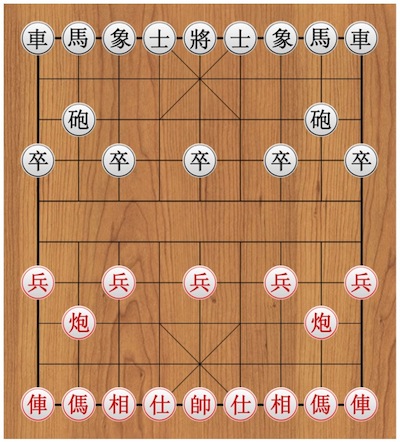 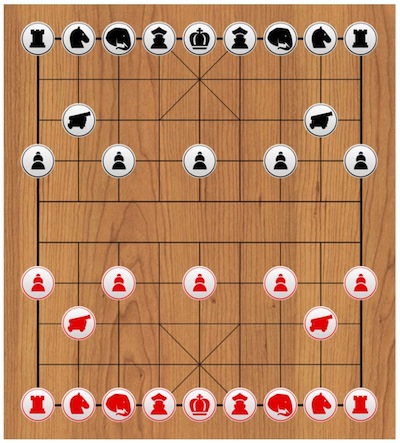