Invented in 1966 by Yakov Brusky, this board has 84 hexagonal cells with a different orientation from Glinski chess which leads to different pawns movements. 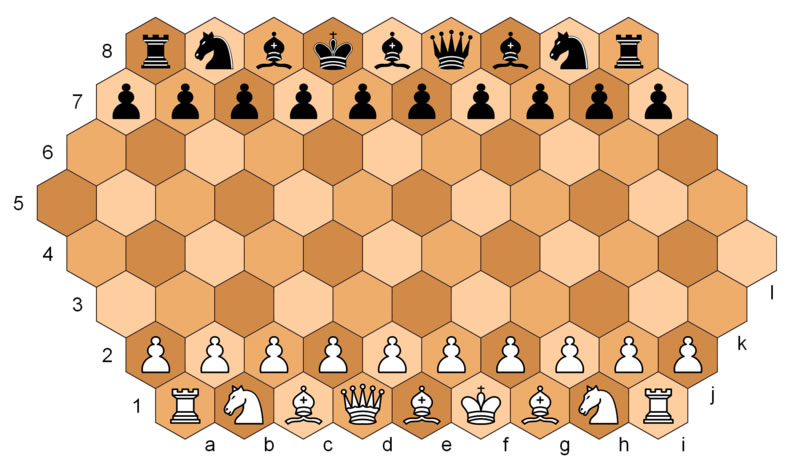 Differences from Glinski chess are:

Pawns can move forward to one adjacent cell, or 2 if first move (see green dots) 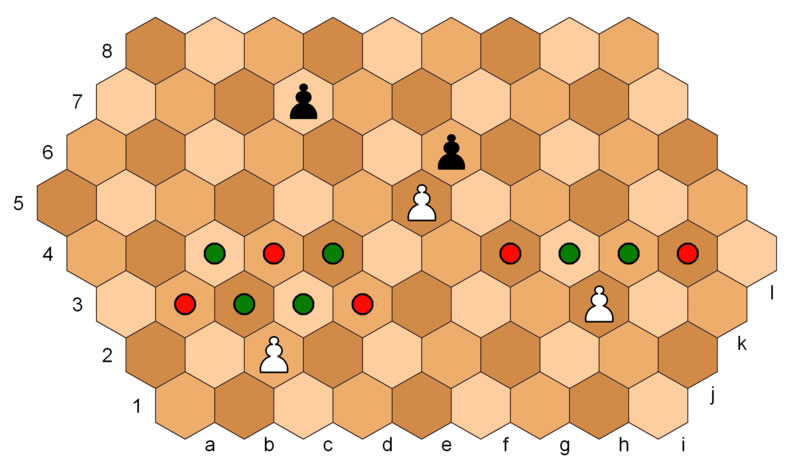 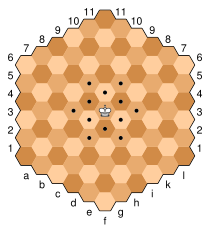 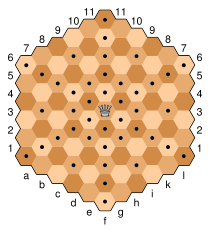 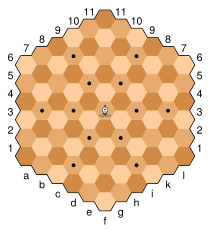 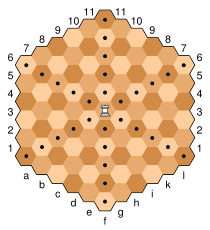 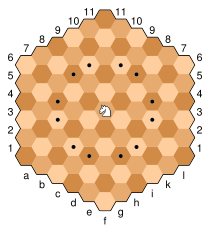 Double step from starting position if possible. If a pawn captures from its starting cell to another pawn starting cell, it keeps its double cell start ability for another turn. See crosses for captures. "En passant" captures are possible. 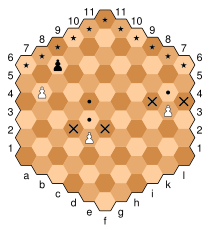 Rules were invented in 1966 by Yakov Brusky.