The Zebra is a fairly well known fairy chess piece, and has appeared in chess variants under different names. In Mideast Chess, for example, it is called the Courtier. 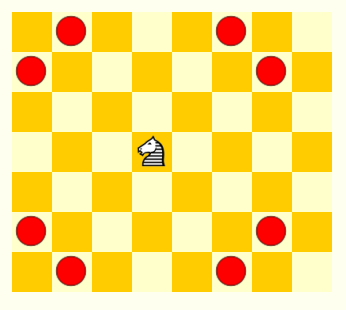