Compare with Zanzibar-S, the cousin game.

Then, White put his pieces symmetrically in mirror (if Black King is on f12, White King goes on f1) and makes the first move. 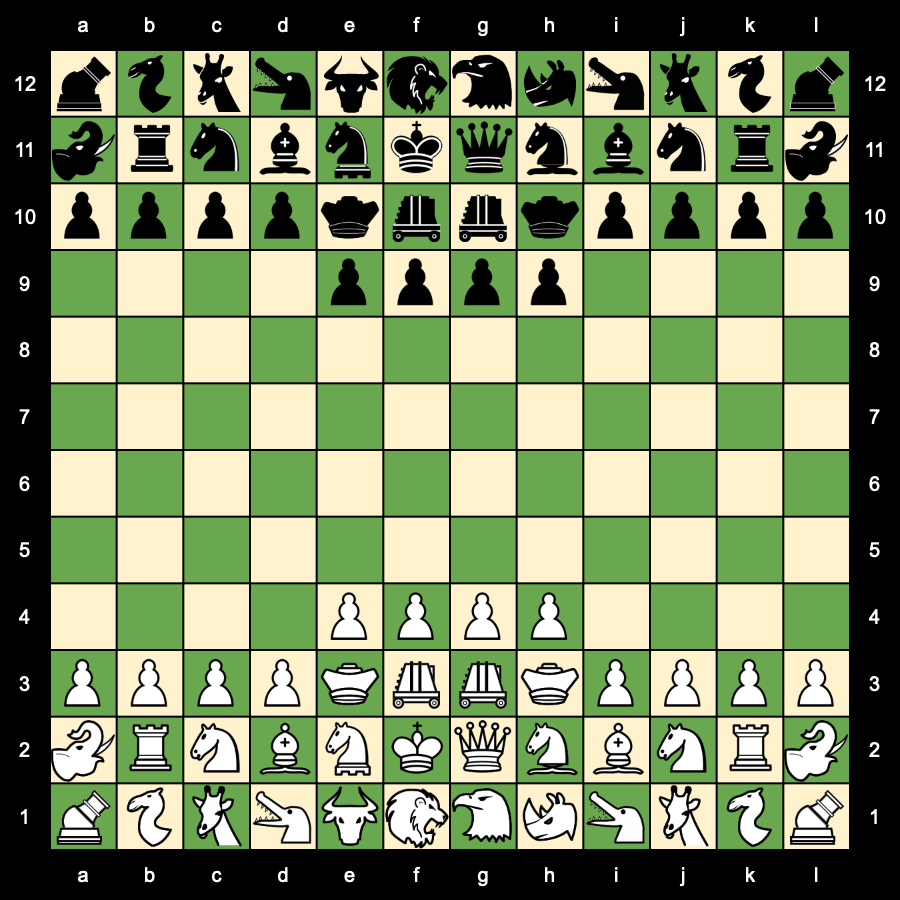 Rhinoceros: moves one square vertically or horizontally and then, slides away of an indefinite number of squares diagonally. It is authorized to go only one square in line or column. It can not jump and the unobstructed path must start with the orthogonal movement. This piece is inspired by the Unicorn of medieval Grande Acedrex. It is a counterpart of the Eagle.

Pawn and Prince Promotion: A Pawn or a Prince reaching the last rank of the board is immediately replaced by an "chief" piece: Queen, Eagle, Lion, Marshal, Cardinal, Rhinoceros or Buffalo. Promotion to any other type of piece is not allowed. It is permitted to promote a Pawn or Prince to a type of piece already present on the same side; however; it is considered "good etiquette" to avoid choosing a piece which is not captured yet, if possible.