This page is written by the game's inventor, Silvia M. G. Rodrigues.

Xodul is a tactical and strategy game invented by Sílvia M.G. Rodrigues, which is a variant of chess. This game is inspired on international chess, chinese chess (xiang-qi), and japanese chess (shogi).

In particular, xodul has 10 different pieces from each other: car, knight, bishop, queen, king, wizard, guard, lance, cannon and pawns. One of the particularities of this game is that the promotion of pawns can be made accordingly to a different rule: a piece captured by one of the players can return to the game by the promotion of one of the pawns; therefore, the pieces can change their colour.

The initial setup of the xodul game is as indicated in the following figure:

here, the bottom pieces from left to right are: the car, the knight, the bishop, the queen, the king, the wizard, the guard, the lance, and the cannon. The game is played in a board with 8x9 lines & columns.

>> the rules of xodul follow the rules of international chess, except in the movement of the additional pieces, the promotion of pawns, and that there is neither castle nor en passant. 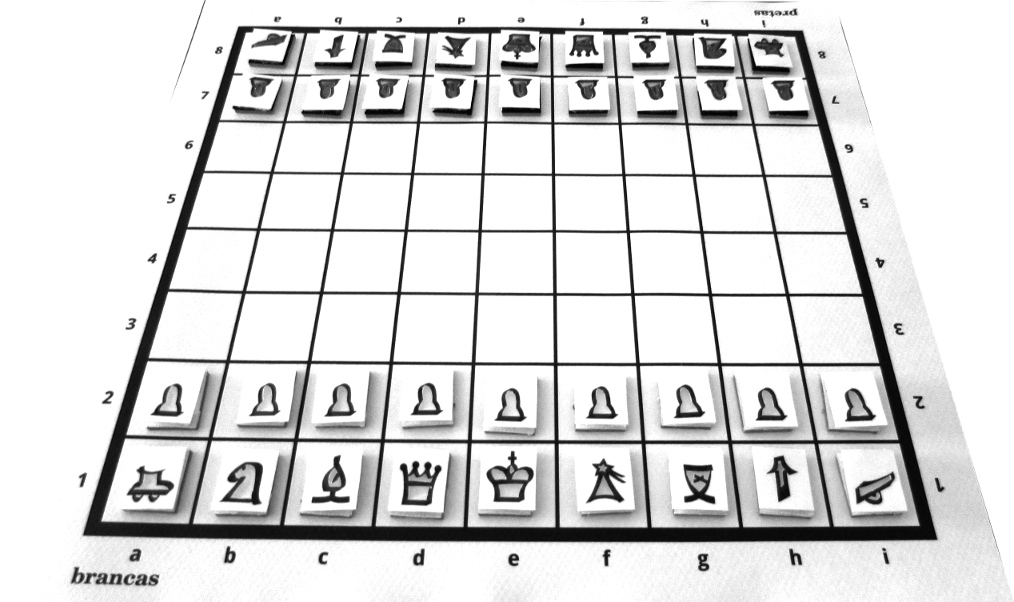 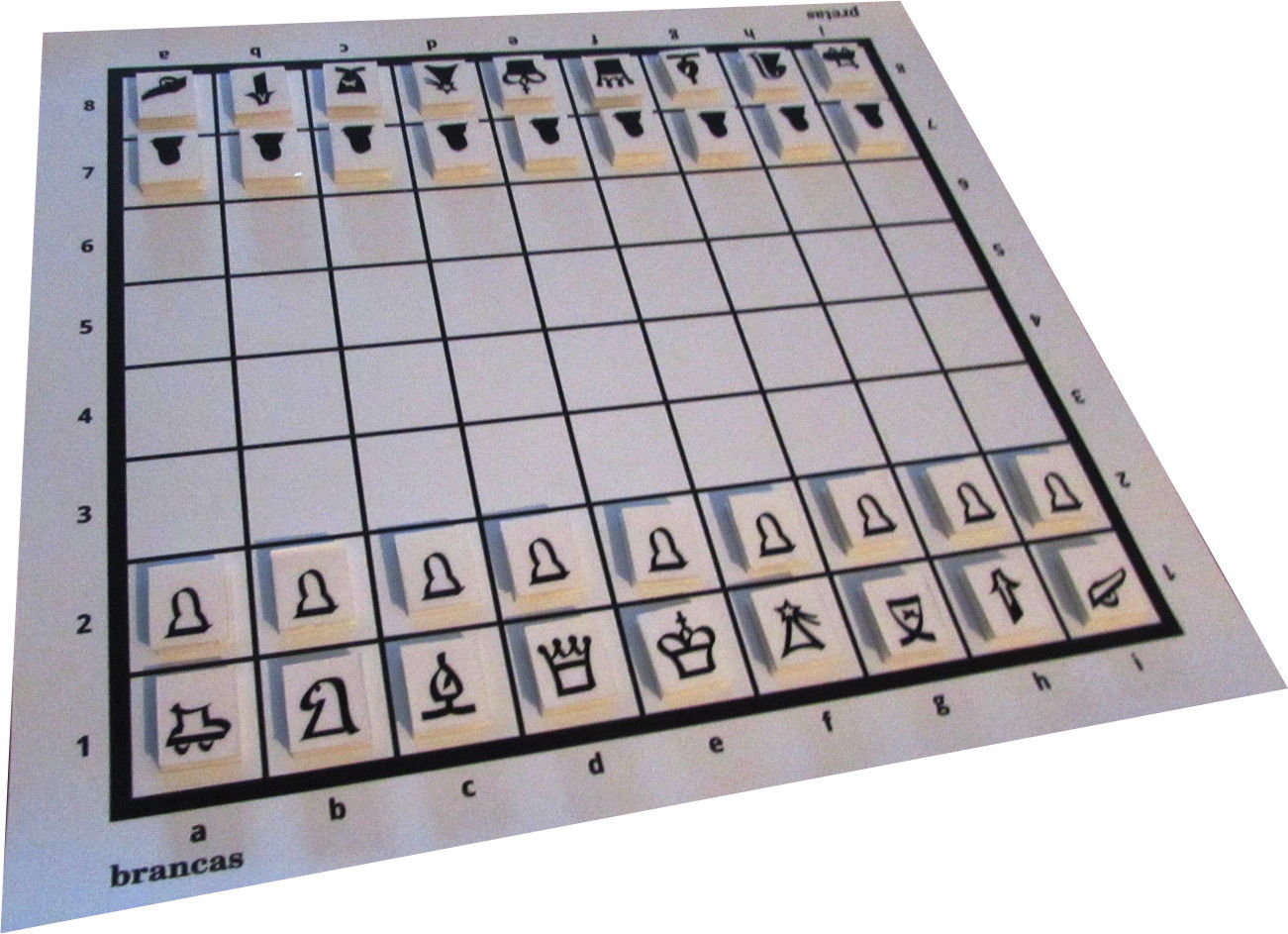 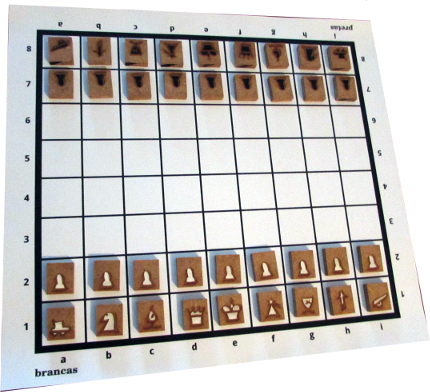 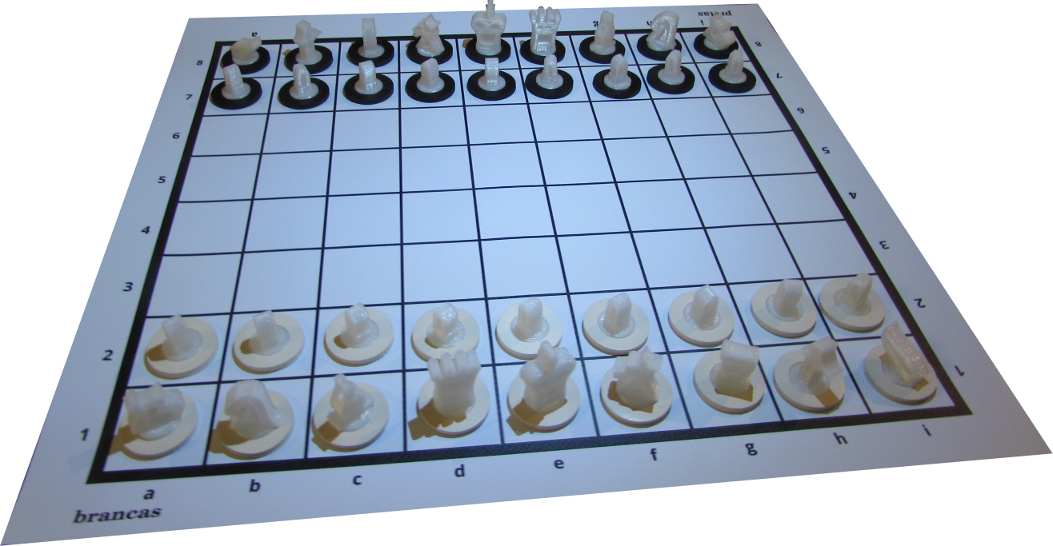 The word "xodul" is the concatenation of "x", that is the 1st letter of the portuguese word "xadrez" (which means chess), with the inverse of the latin word "ludo" (which means game /to play); therefore we have "x"+"odul", i.e. the word "xodul", which has been coined by the game's creator.