This page is written by the game's inventor, Ted Larson Freeman.

The general idea of Two Move Chess is for White to begin with a single move, and for players to take turns of two moves from then on. On each turn after the first, each player is therefore able to catch up and then surpass her opponent in terms of the number of moves played. Players cannot move the same piece twice in a turn, to prevent overly powerful turns such as moving the queen twice. Each move must be legal according to the rules of international chess, which immediately brings up the question of how play could continue if the first move of a two move turn comes with check. In Two Move Chess, this is solved by ending that player's turn after that single move, and allowing his opponent to make a single move in response before the game continues. An en passant capture opportunity is handled in the same way, so that the capture opportunity is not lost. Moves that capture a piece or promote a pawn are also allowed a response, in order to keep the flow of the game as close as possible to international chess.

The board, pieces, and starting position for Two Move Chess are the same as in international chess. The rules could also be easily adapted to Chess960 and other chess variants.

The pieces in Two Move Chess are exactly the same as in international chess.

In this example, White makes a single move that places Black in check, and Black blocks the check with a response move. 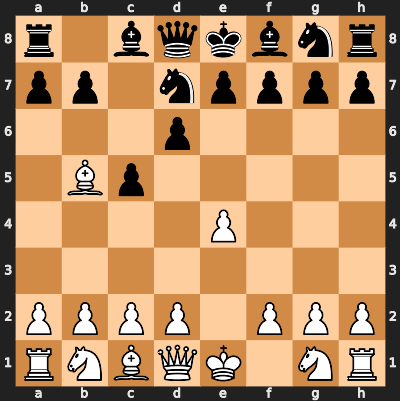 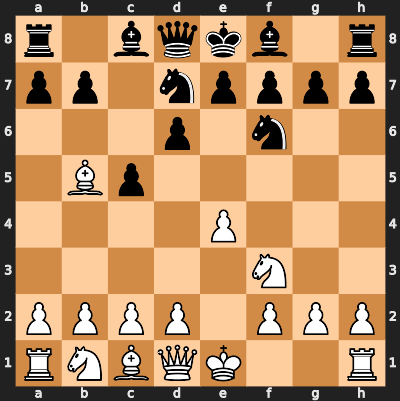 In this example Black makes a single move that provides an en passant capture opportunity. In this case, White does not capture en passant in his response move. 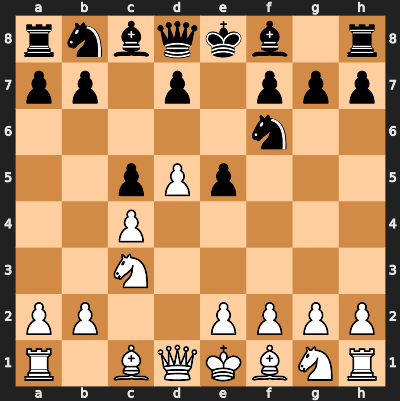 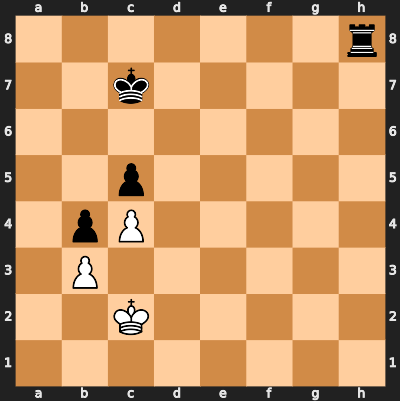 Here is an entire game of Two Move Chess. This game is based on the game played by Fabiano Caruana and Magnus Carlsen in the third round of the World Chess Championship 2018 match on 2018-11-12. The move order has been changed in a number of places from the original game in order to construct a legal game of Two Move Chess. Although players of this caliber would certainly have made many different strategic and tactical choices if they had actually been playing Two Move Chess, this example illustrates that Two Move Chess is similar to international chess even while providing a more balanced game. 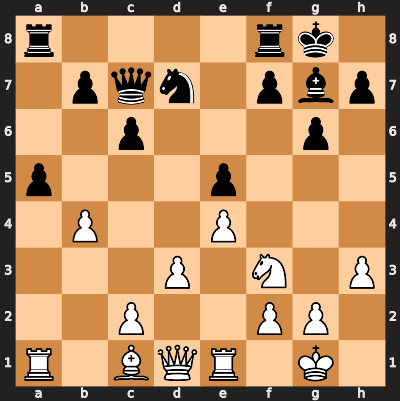 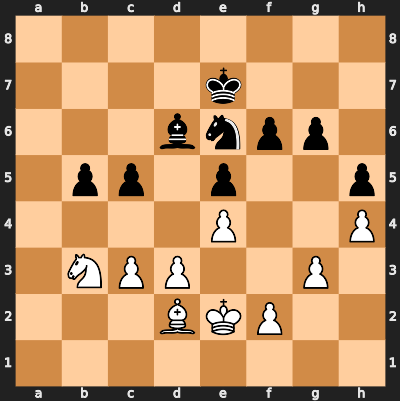 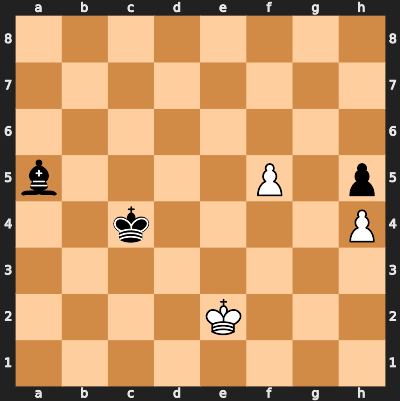