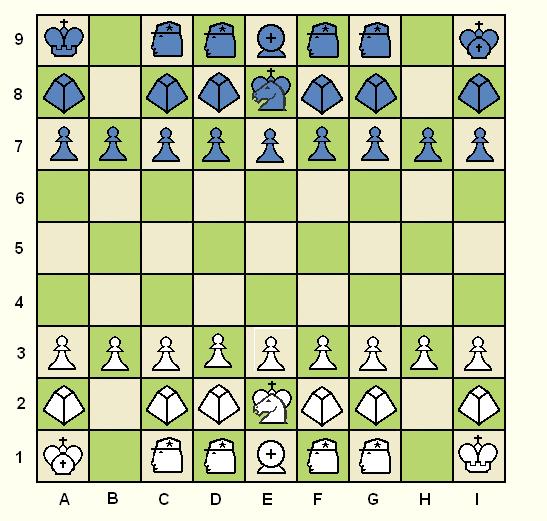 To my knowledge, Transmitter Chess is a unique variant in which Drone pieces have no movement until being activated by one of three friendly Transmitters (a Bishop Transmitter, Knight Transmitter, and Rook Transmitter. When a Transmitter is captured that functionality is lost to that player. For example, if you lost all 3 Transmitters youâ€™d be left with the Wazir King and some useless Drones. You could of course, still have Engineers and Pawns. These aspects of the game will all become clear shortly. Object of the Game: Capture your opponentâ€™s Wazir King or accept his (or her) resignation. 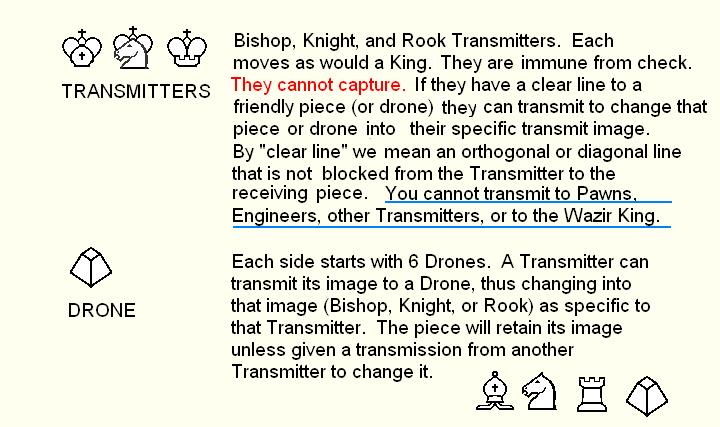 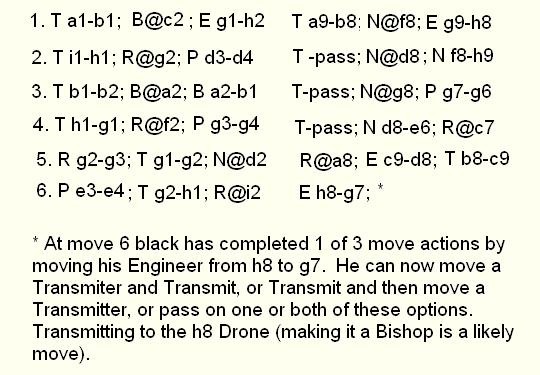 The following diagram shows the position we have reached at this point, with black still having 2 possible actions to complete. 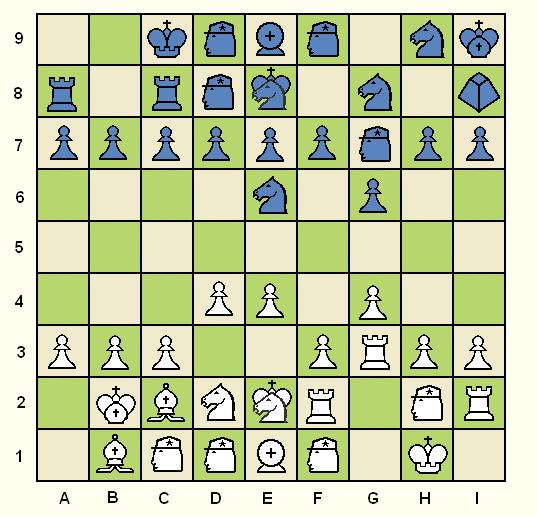 Black has just played 6. E h8-g7 and has 2 possible actions left. From what has been presented thus far, you should have enough information to play the game.

Question: What happens if I checkmate my opponent with a Rook, but then he claims he can capture my Rook Transmitter, thus getting out of the checkmate? Answer: There are no checkmates in Transmitter Chess. You must capture your opponentâ€™s Wazir King to win. A case in point follows: 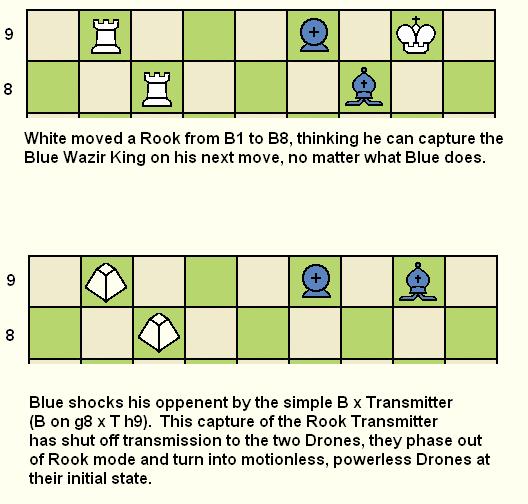