This page is written by the game's inventor, Kenneth Fourcell.

Tower Siege is a theme based 3D chess variant which uses plastic green army men in place of standard chess pieces and used a custom made rule set; "the basic rules of three dimensional multi level chess", a rule set I designed myself.

Armed terrorist have taken control of a downtown city office tower, they've taken hostages and have made demands. They threaten to destroy the tower, themselves and the innocent victims within if their demands are not met with promptly.

Alerted to the situation a special team of anti-terrorist commandos are preparing to mobilize to the scene when the unthinkable happens. The terrorist, using shoulder mounted heat seeking missile, have shot down News, civilian, and police helicopter; and threaten to destroy anything else that approaches too close to the tower.

The commandos, realizing they will not be able approach the building by their original plan; of inserting onto the roof of the tower via helicopter. The commandos decide to embark upon a dangerous and daring plan.

With time quickly running out, the brave commandos quickly mobilize. They successfully and stealthily lands onto the roof of the office tower.

The commandos quickly secure the top two floors and quietly make their way, floor by floor, through the tower.

A major gun battle is waged. But the terrorist are no matched for the seasoned commandos. The terrorists, their leader and the weapon of mass destruction are secured.

The hostages are freed, unharmed.

The Tower Siege: 3D chess Game's setup is unique from other 3D chess games in that the pieces sets up on four separate levels. 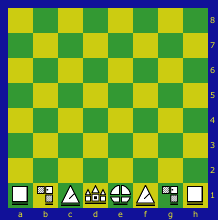 Whites' major pieces sets up on the first row of the first level, 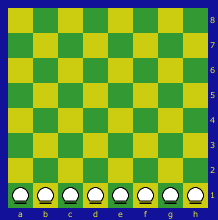 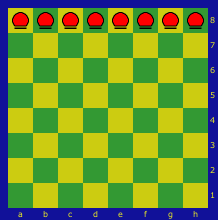 blacks' pawns sets up on the eighth row of the seventh (7) level. 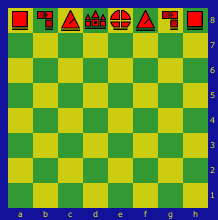 The King can move one square in any direction.

The Queen can move one to seven squares vertically, horizontally, forwards, backwards, up or down.

The Bishop can move diagonally one to seven squares; forwards, backwards, up, or down. Note, there are two different Bishop, one on the white square and one on the black square; these Bishops must remain on the same color squares and not exchange or change color.

The Rook can move one to seven squares horizontally, vertically, forwards, backwards, left, right, up or down. The Rook captures any opponent's' pieces occupying the square.

Tower Siege uses the basic rules of chess. As in tow dimensional chess, white moves first, and then Black, with each side taking turns moving one pieces in one direction.

When the King is under attack (being threatened) and can be capture on the very next move, the King is said to be in check.

In the Tower Siege: 3D chess game if the King and an opponent's Queen; whether or not the Queen is in direct line of attack, occupies the same level, the King is said to be in check and the King must get out of check. The King has three options:

1) Move the to a level not occupied by a Queen.

If King cannot make a legal move and or get out of check, then the King is Mated and the game is over. 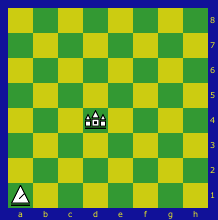 The white Queen to mate black. 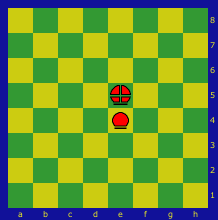 the black King is trapped between levels three and levels five. 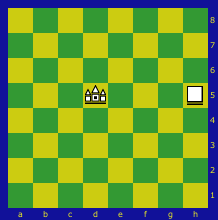