This page is written by the game's inventor, Max Koval.

ThreeHex Chess is a hexagonal chess variant for three players, developed by Max Koval in 2021. This game is played by three players on a regular triangle-shaped board made of hexagonal cells and incorporates a set of 54 chess pieces (White, Blue and Black-colored). Each player has 18 pieces at the beginning of the game. 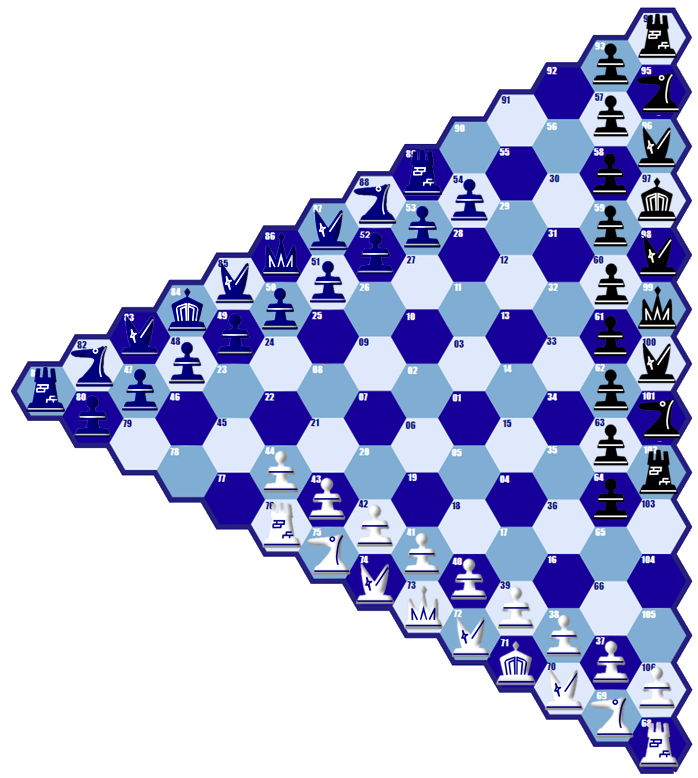 The movement of the pieces is similar to other existing hexagonal variants (e.g. Koval's hexagonal chess): 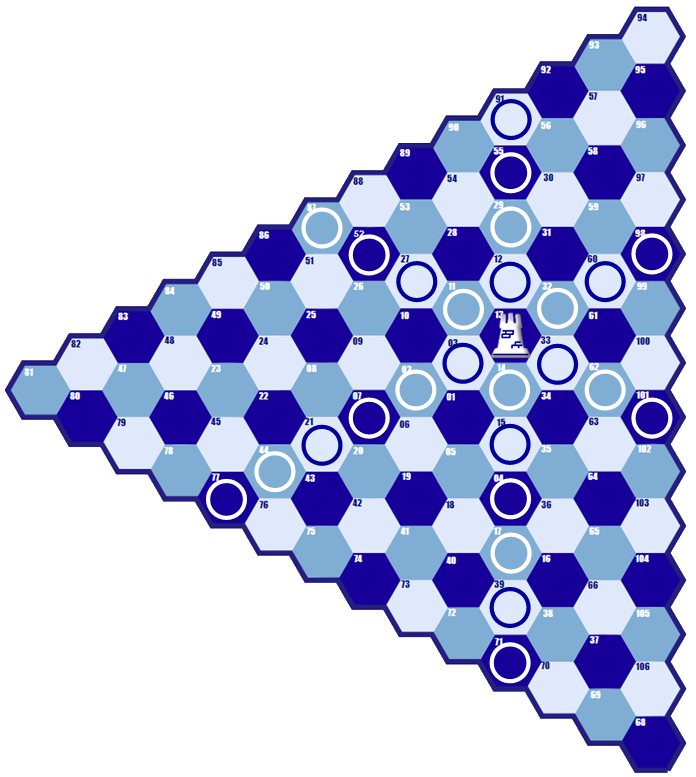 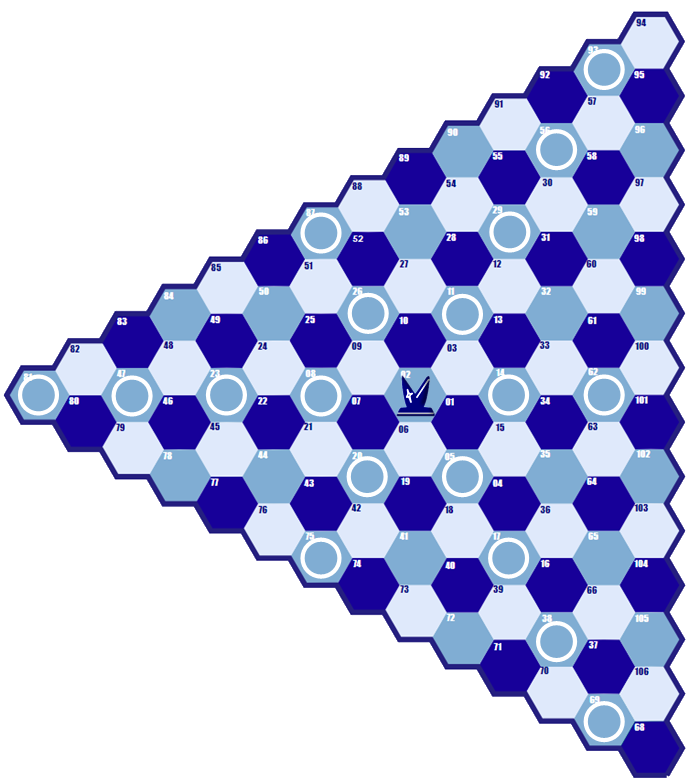 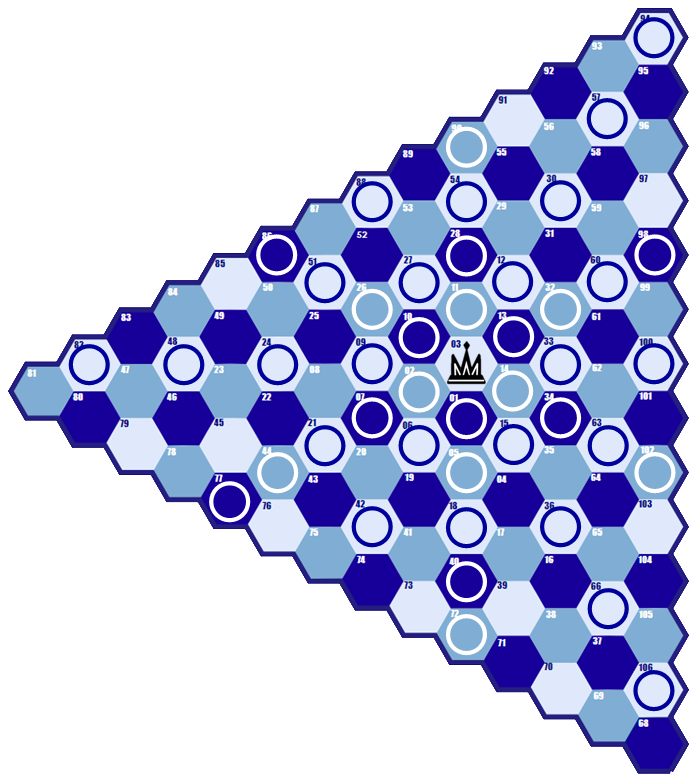 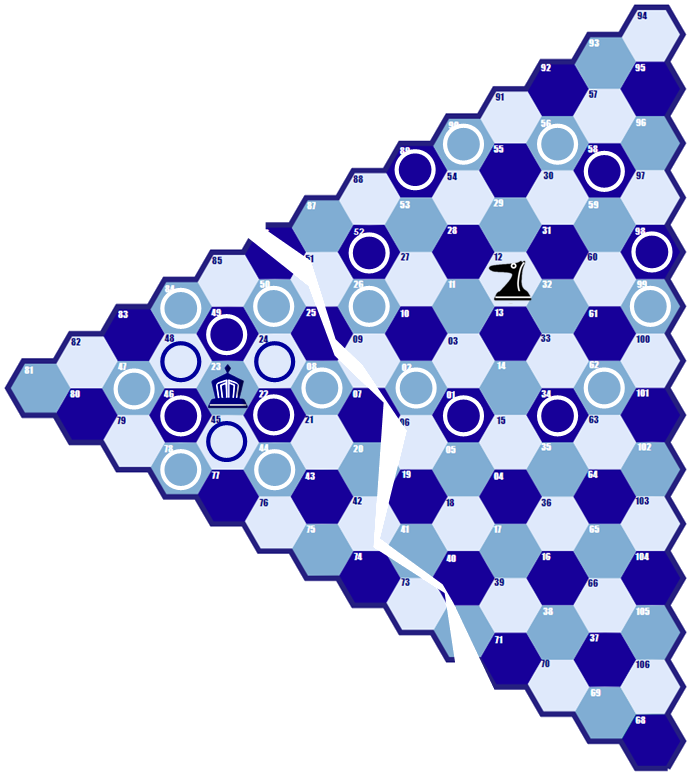 Castling works similarly as in standard chess, except that when castling long (to queenside), both the king and the rook move three cells: 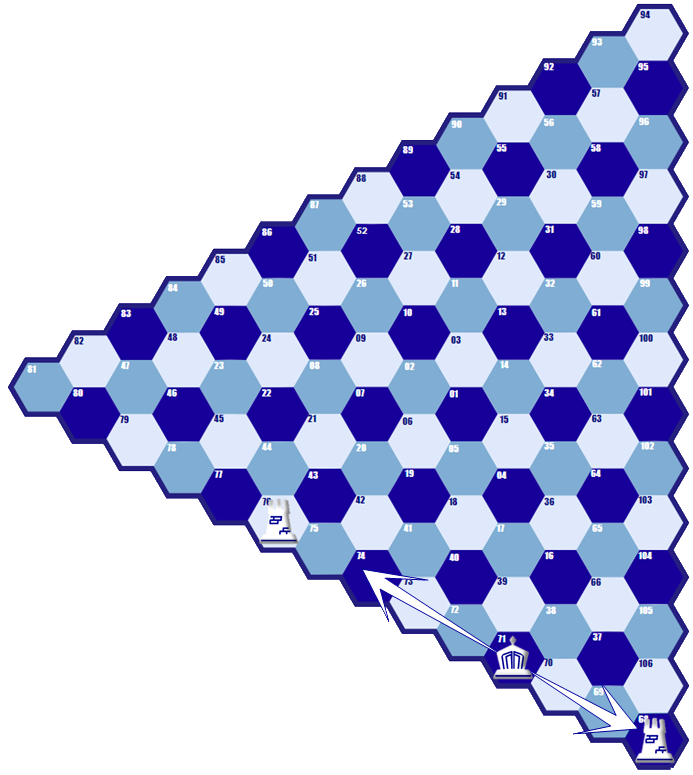 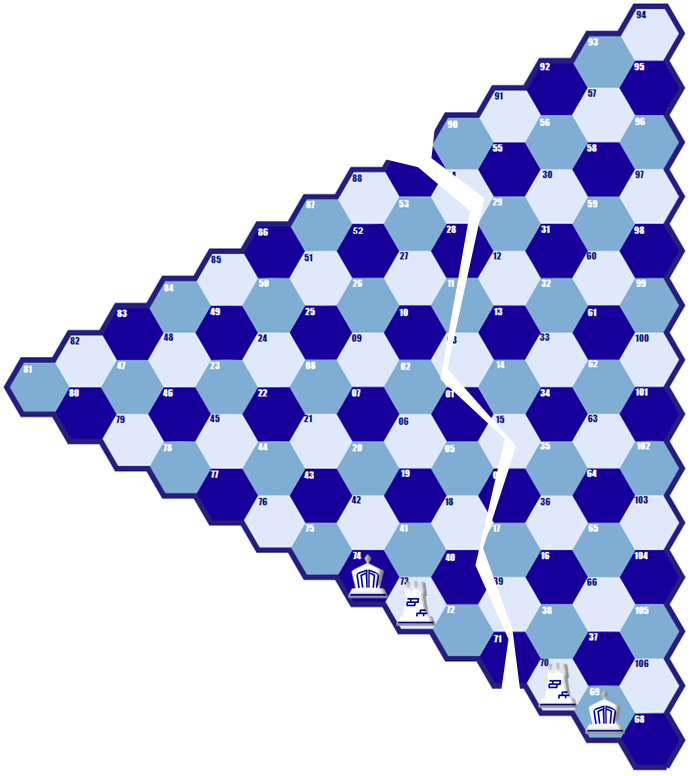 Pawn (One cell orthogonally without taking straight forward and capture only diagonally forward): 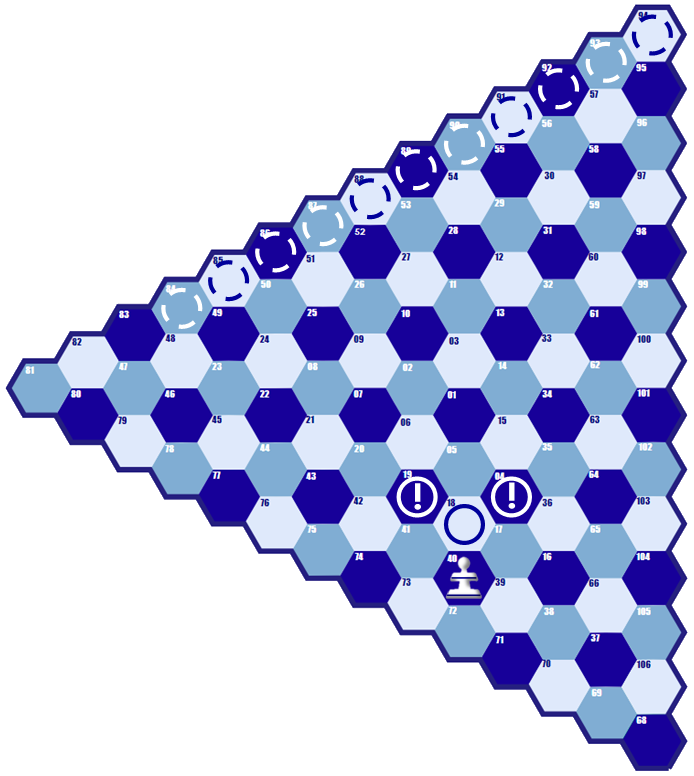 The pawn can move only forward until its promotion. The promotion cells (white circles for White) are the last cells on the board, where the pawn cannot move forward.
Since there's no double-step rule, en passant is not possible.

This game is played by three players. The main goal of the game is to checkmate any of the kings, belonging to the opponents.
Everyone plays against everyone. White moves first, then Blue, then Black, and this move sequence repeats. This move order is always clockwise.
The game ends when the next player in the move order cannot make any legal move. If the player is checked, and cannot make any legal move, then this player loses and gets 0 points (checkmate). The player who can capture the king wins and gets 1 point. The third player gets ½ points. If both opponents can capture the attacked king, the winner is who comes first in the move order.
If the player cannot make any legal move, but their king is not under attack, then the game finishes by a draw (stalemate) and every player get ½ points.
Resignation is not allowed if one of the opponents (or both of them) doesn’t accept it.
Other rules are similar to orthodox chess.

A two-player version of ThreeHex Chess: 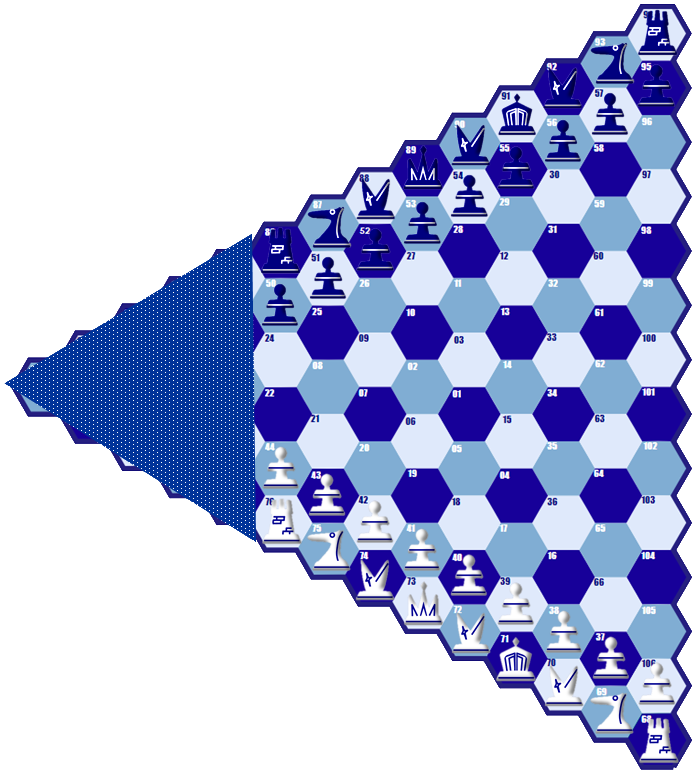 Copyright © 2021 by Max Koval. No part of this text or images may be reproduced on other websites in any manner. E-mail: [email protected] com