I was inspired by Raplh Betza's page on the crab: In any game where the Ferz appears as a piece by itself, we should be able to substitute the Crab with interesting results. (Shatranj with different armies?)

Pieces belonging to all factions

Pawn: Moves passively 1 space orthogonally forwards. Captures 1 space diagonally forwards. On reaching the 8th rank, promotes to the piece that started on the d file (highlighted in italics). Unlike in regular chess, this type of pawn cannot make an initial double advance or use the en passant rule.
Funny notation: mfWcfF, assigned letter: none, P if a letter is needed

The Orderly Originals
The original Shatranj army, terrible Alfils and all! 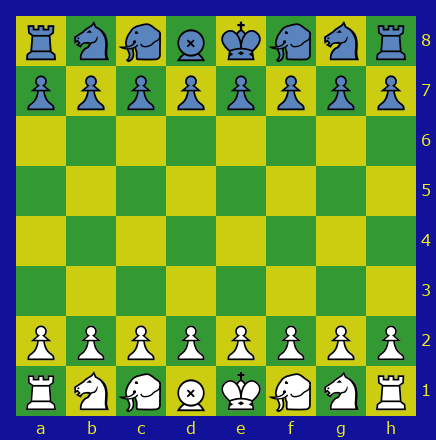 Knight: Moves exactly 2 spaces orthogonally and 1 additional space perpendicular to the first part of the move. Can jump over other pieces, but can't stop partway through its move.
Funny notation: N, assigned letter: N

The Japanese Jostlers
A Shogi based army. Every piece except the pawn comes from Shogi, and they're even arranged in mostly the same order! The pawns are the same as the other armies, despite the image editor not allowing me to mix and match piece sets. 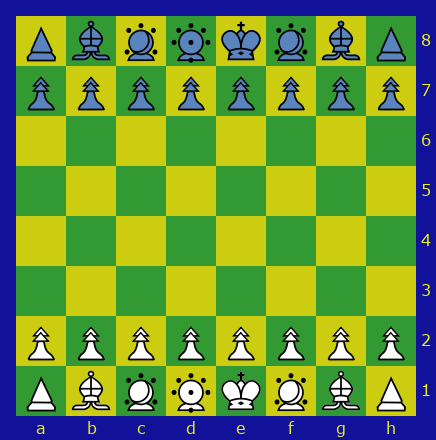 The Posh Protectors
An army based on the upper class. 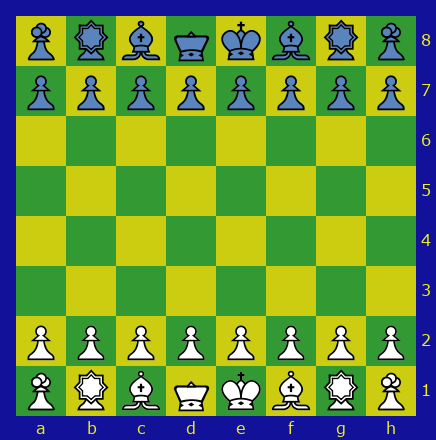 Bishop: Moves any number of spaces diagonally.
Funny notation: B, assigned letter: B

Crown prince: Moves 1 space orthogonally or diagonally. If there is a crown prince on the board, the king is immune from check and can be captured. If the king and all other crown princes (if there are any) are captured, the last crown prince immediately becomes the new king and becomes vulnerable to check and checkmate.
Funny notation: FW, assigned letter: K

The Amphibian Attackers
An army themed around the dichotomy of land and water. 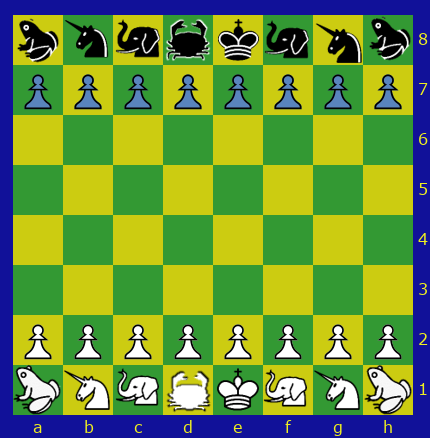 Crab: Moves 2 spaces forwards and 1 space to the side, or 1 space backwards and 2 spaces to the side.
Funny notation: ffNbsN, assigned letter: C

The rules are the same as in Shatranj. The rule differences between Shatranj with Different Armies and regular chess are:

Like in Chess with Different Armies, the choice of armies may be made by negotiation, by assignment (assigned by the tournament rules or the tournament director), by random choice, or by secret/simultaneous choice, or using any other method so long as the players agree to it beforehand.

Each piece has a different assigned letter, so there is no need to change any move notation conventions from regular chess.

Estimated piece values
For reference, I am measuring values in quater pawns, such that a FIDE pawn is worth 4.

The Japanese Jostlers are slightly weaker than the Orderly Originals and the Posh Protectors are slightly stronger, but this is compensated by the value of their pawn promotions.