This page is written by the game's inventor, Adam DeWitt.

Ryugi (Japanese: 龍棋 ryūgi, "dragon's game") is a game inspired by David Paulowich's Unicorn Great Chess. I invented it after playing Unicorn Great Chess in the first round of the Game Courier Tournament 2019. Despite the name being Japanese, it is not a Japanese game. In fact, it is much more similar to Chess than it is to Shogi or any of its variants. 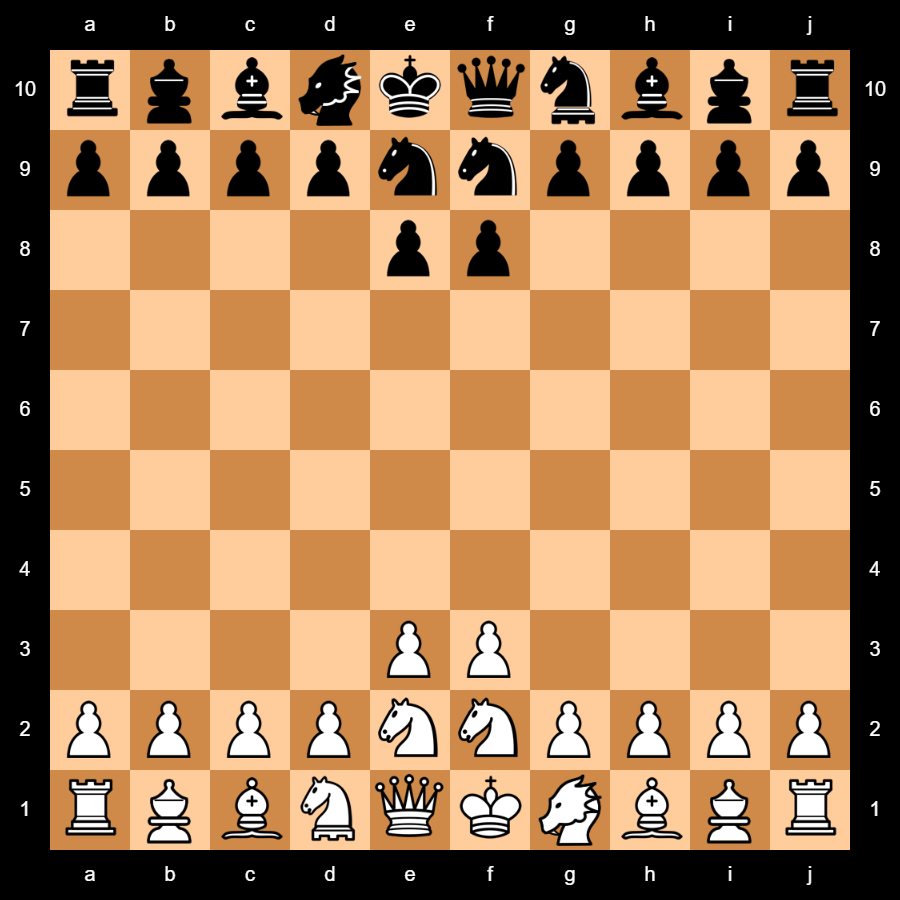 Aside from differences in the board, pieces, and setup, Ryugi is played like FIDE Chess with the following differences:

Pawn promotion: When a Pawn reaches the last rank, it must promote to another piece of that player's choice: a Queen, Dragon, Marshall, Rook, Knight, Bishop, or Kirin of the same color. It cannot promote to King or another Pawn.

You can Play Ryugi online with Game Courier.