This page is written by the game's inventor, Joshua Morris.

Phi Chess is a variant inspired by the golden ratio, Phi. 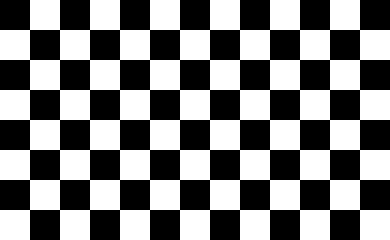 Phi Chess DA allows players to choose their own pieces for each game.

The first step is for players to agree on the limits:

Once limits are decided, players choose their 12 pieces and 13 pawns.

Pieces can be anything; Phi Chess is limited to Rooks, Bishops, Knights, and their three possible compounds (Queen, Jack/Marshall, Fool/Cardinal), but Phi Chess DA could allow Camels, Zebras, Cannons, or what have you unless players agree to exclude odd pieces beforehand. Triple-compounds such as the Amazon could be permitted if both players are down.

Likewise, players have a choice of pawns; one may prefer Berolina pawns while another prefers a mix of Orthodox and Shogi. Players may even agree to more powerful pawns, such as Ferzians vs Wazirs.

Once pieces and pawns have been chosen, each player sets up their array however they please - pawns on their second rank and pieces on their first. The King sits on the center square.

0. Phi Chess DA has the same rules as Phi Chess.

The number of possible armies is staggering; something on the order of twelve kajillion. I think the added step of choosing pieces and arrays adds a new dimension to any variant.

A quiet game with simple pieces 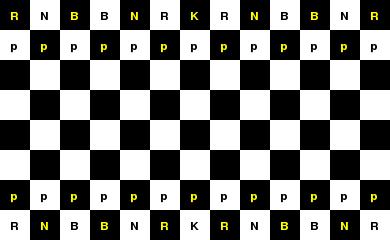 Queens and Knights vs Archbishops and Rooks 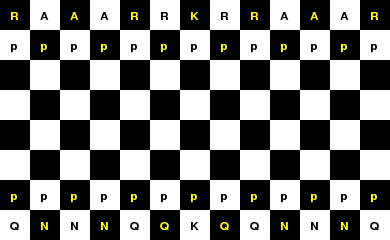 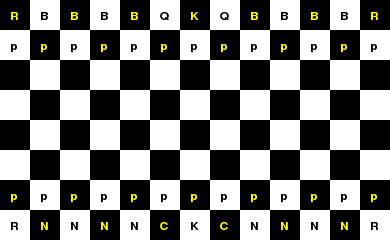