This family of variants are based on FIDE Chess and various forms of Chess enhanced by additional pieces, but without the King or King's Pawn. As the name Chess derives from a word for king, I negate it for these variants. I replace Checkmate with victory by extinguishing one of the opponent's move types. This is a softening of the Extinction Chess rule of victory by extinguishing a piece type, and as far as I know first appeared in my modest variant Movewise Extinction Chess, as an alternative to Checkmate. In that variant and those here, Pawns are not included in the extinction process.

I have drawn from a range of variants alongside FIDE Chess, but kept to ones that use the basic pieces with some logical extensions. I have avoided historic and exotic variants with pieces such as Elephants, for example. Such pieces laid out similarly to those of variants I have used can theoretically be substituted, but in such cases removing the King (or General) file would change the way in which they interact more dramatically than it does pieces used here. Note that it is just arrays that I derive from King-using variants. Promotion and Pawn moves are tailored only to the number of ranks. Notchess 90 is inspired by comments by an anonymous contributor.

Notchess 42 (derived from FIDE Chess but influenced by Bachelor Chess) 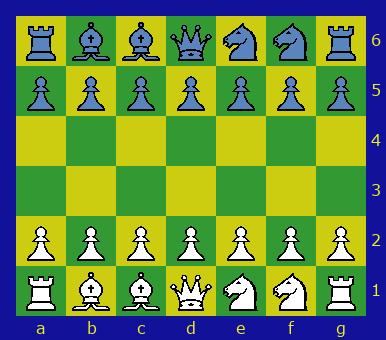 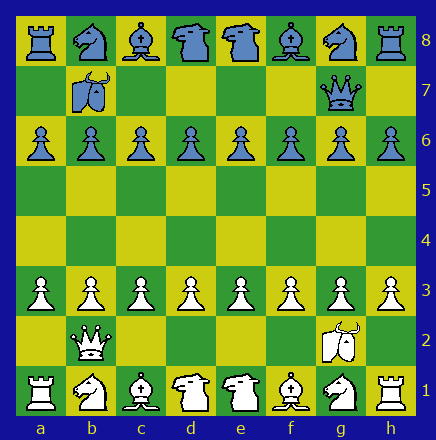 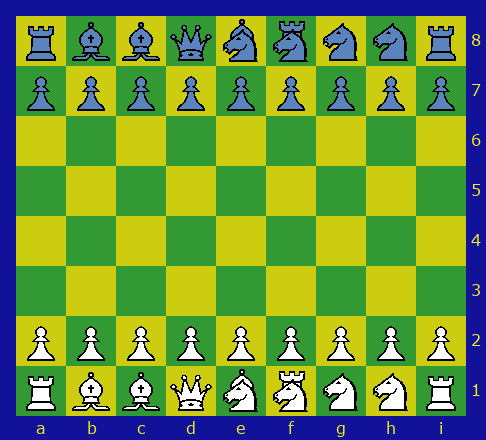 Notchess 80 (derived from Yang Qi but with no King Swap) 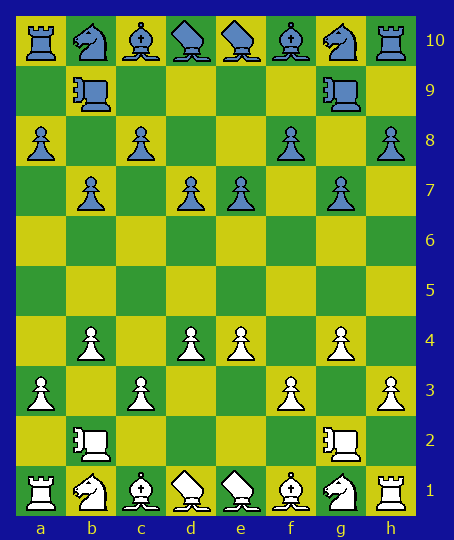 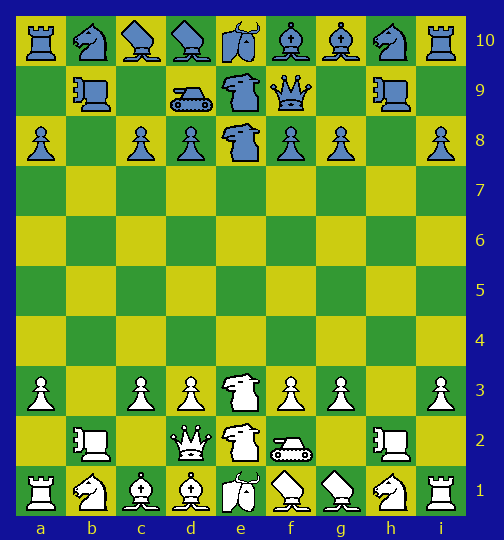 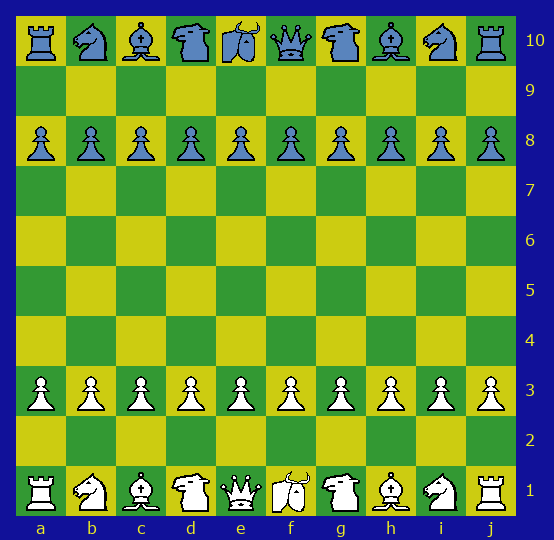 Pawns in Notchess 72 and Notchess 100, and the further-back Pawns in Notchess 80, have an optional initial double-step move. Enemy Pawns may immediately capture them En Passant as if they had made only the single step.

There is no Castling for want of a King. Likewise Notchess 80 has no Yang Qi King Swap, but needs none anyway as removing the King file puts a Bishop and Arrow of each army on each binding.