Having produced Nested Chess, a variant hiding within it a disguised form of the relatively FIDE-like Mongolian Chess, I wondered about nesting more distinctive Oriental variants. Here is one doing the same with Shogi. As with the original Nested Chess, it has both side and corner subvariants. The first has a single forward diagonal between two forward orthogonals, the second vice versa.

I have since added a page for Nested Xiang Qi, and combined concepts from Nested Shogi and Doubly Nested Chess to produce sFhIogEi. 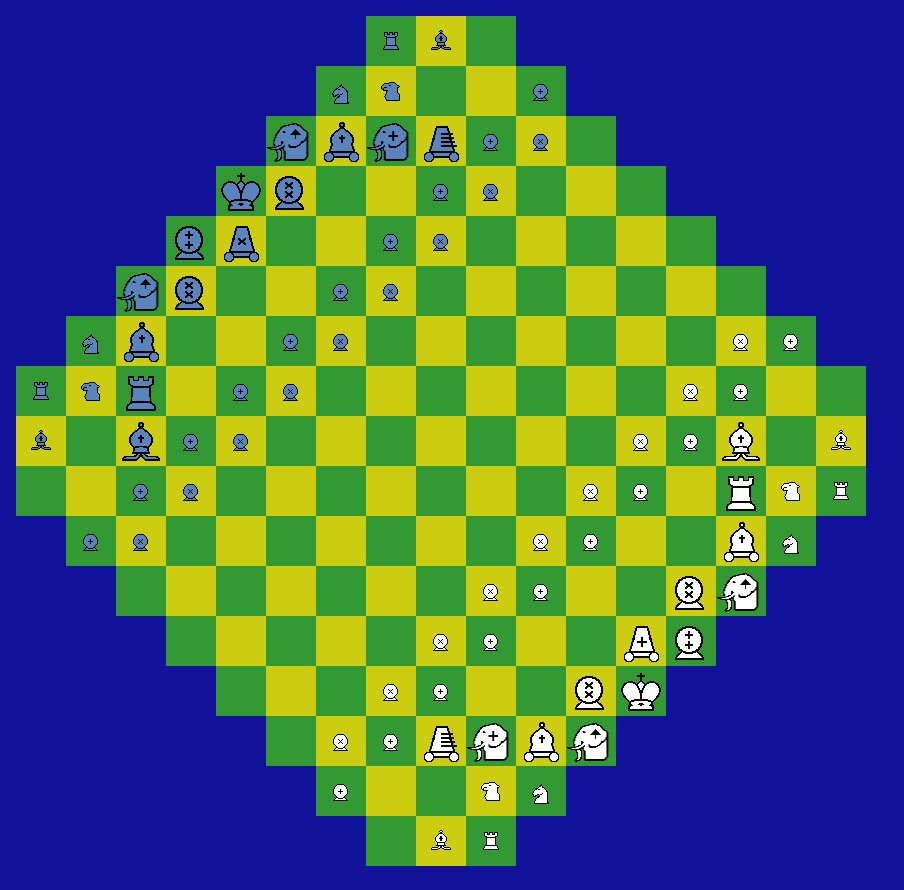 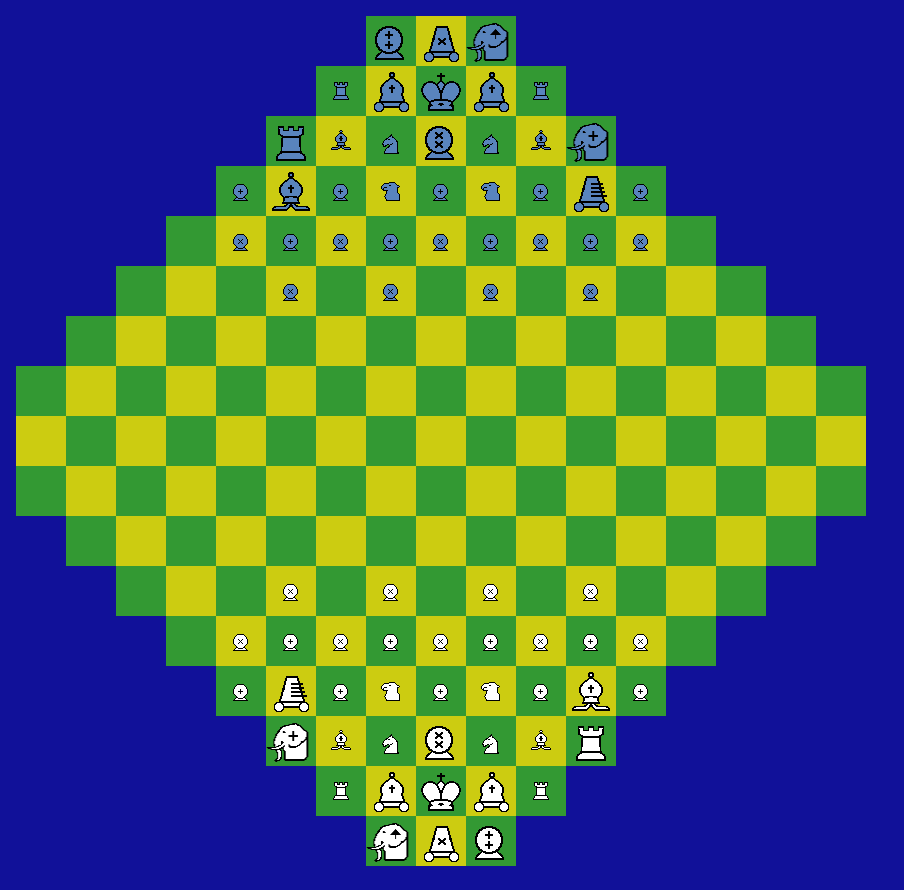 Pieces fall into three groups, similar to those in Nested Chess:

There is no initial double-step (or double-leap) move, En Passant, Castling, or Cathedralling, as Shogi has none of these.

Players keep pieces that they capture in a Reserve, whence they can reintroduce any except the Waffle and Fezbaba as their own pieces, unpromoted and able to move in that form. Bound pieces can be reintroduced only on the Bishop's initial binding, and unbound ones only on the opposite binding.

The promotion zone includes all enemy array cells, and all initially empty cells between two such cells. Promotion is allowed at the end of a move starting or ending in the zone, and compulsory if the piece has no further move unpromoted.