Nemesis Chess was invented by Philip Cohen in 1973 and appears in the Classified Encyclopedia of Chess Variants.

The setup is as usual, but with the pawns on files a, b, g, and h replaced by a new piece, the Nemesis. 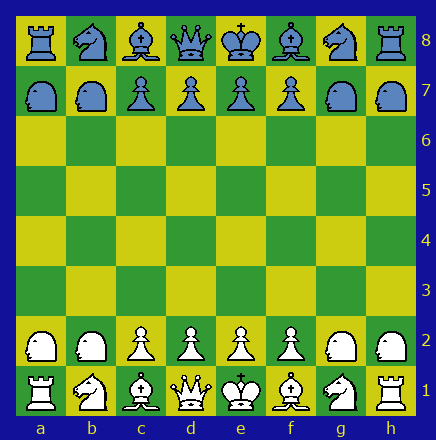 A Nemesis moves one square in any direction toward the enemy king. It can only be captured by the enemy king and pawns. I would suggest using M as the notation for the neMesis.
The CECV clarifies "toward" by saying "Marking time is not allowed" and gives the following example: with k at f4, M at g2 can move to f2, f3, g3, but not h3. This, to me, suggests that if k at f5 instead then this M can move to h3, and that "toward" means just (strictly) decreasing the number of steps to the king. A weaker Nemesis, that cannot increase either its horizontal or vertical distance to the king, is also possible. The Nemesis in Ed Friedlander's Java applet of this game moves like this latter option, except when on the same rank or file as the enemy king, in which case it can also move to the two squares diagonally closer to the king (so that a Nemesis not on the edge of the board always has three target squares).

Everything else remains as in chess. The CEVC does not clarify promotion rules, but presumably pawns should be allowed to promote to Nemesis.