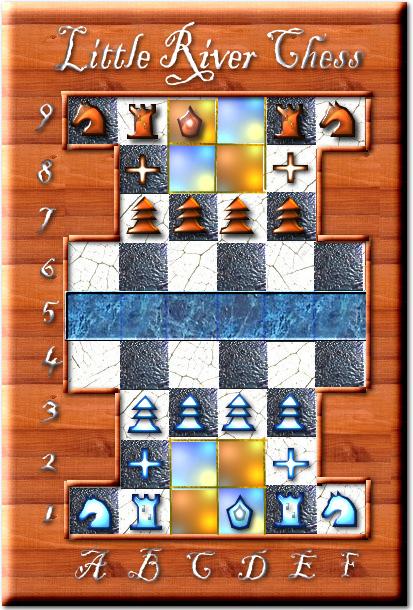 This is my second entry for the 45/46 contest. This board uses 46 cells. It was derived by taking a 9x6 board and deducting extra cells from the edges. The central row is a river. The river has many moods, ranging from shallow, to gentle flowing, wild, and misty. Each type of river has its own significance (see rules and notes). Win by checkmating or by stalemating your opponent. Two notes of importance: (1) The game is loosely based on Chinese Chess. (2) Adding significance to the river, as opposed to it having it serve only as a piece of scenery, was prompted by Charles Gilman. Prototype Preset is here: /play/pbm/play.php?game%3DLittle+River+Chess%26settings%3DLittleRiver