This page is written by the game's inventor, John Lewis. 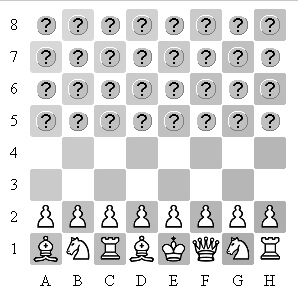 Normal chess rules apply with the following differences: You may only see the spaces on the board where your pieces could move. Example board after several moves: 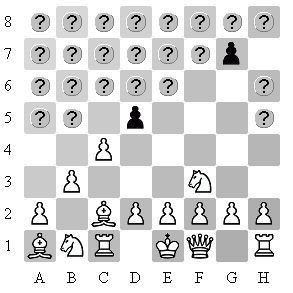