This page is written by the game's inventor, Adam Goss.

Knights of the Round Table 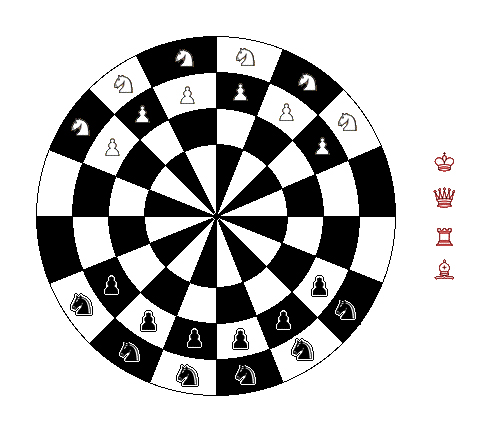 The board has 64 spaces consisting of three concentric rings of checkered spaces, and the central circular area is divided into 16 checkered pie wedges. The wedge checkers allow pieces to cross through the center of the board. Two players set up their pieces on opposite sections of the board. Each player has six Knights and six Pawns. The Knights occupy the outermost ring, and the Pawns the next ring inwards.