Half Shogi and Half Xiang Qi

John Groeneman's Half Chess is a rearrangement of the symmetric FIDE pieces on a board with only 4 files, with the major pieces still at the back and the minor ones brought forward. It occurred to me that this principle could also be applied to the forms of Chess standard to East Asia.

You may have noticed that I have described the variants here as 5 files by 9 ranks. The reason why they are the same size, when Shogi and Xiang Qi do not share the same numer of ranks, needs justifying. In the Shogi case it is because strict halving would give an impossible 4Â½ files, so this must be rounded one way, and I chose rounding up to 5. In the Xiang Qi case, it makes sense to rotate the board before halving. The Fortresses are moved accordingly, while the River is dispensed with altogether (Elephants would otherwise be too immobile).

Following the opening of the 45-46 cell contest I have entered these two in the contest. I have also devised Half versions of offshoots of these games, again dispensing with Rivers in the Qi variants, but have refrained from adding these to the entries as I feel that the first two have the wider appeal of "single-variation" variants. 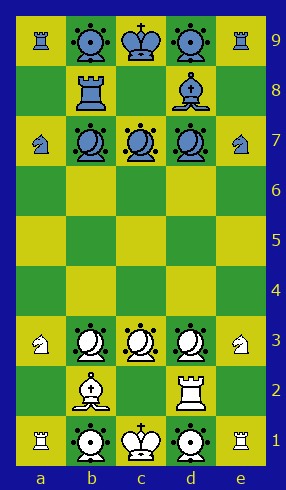 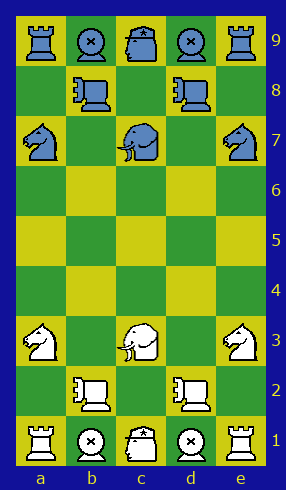 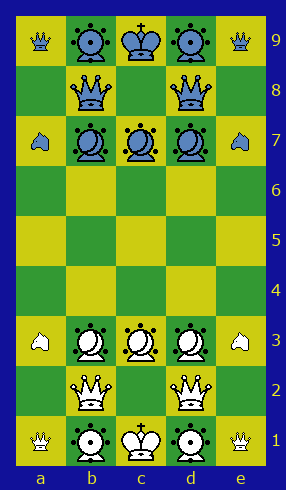 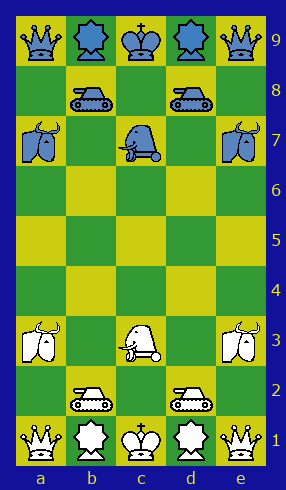 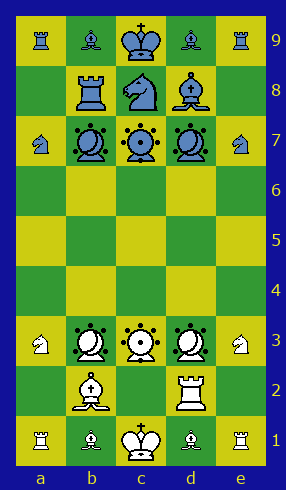 Half Wildebishogi, Half Gnu Qi: 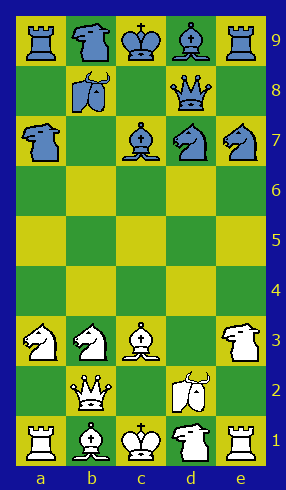 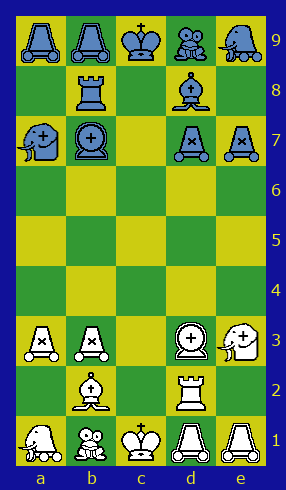 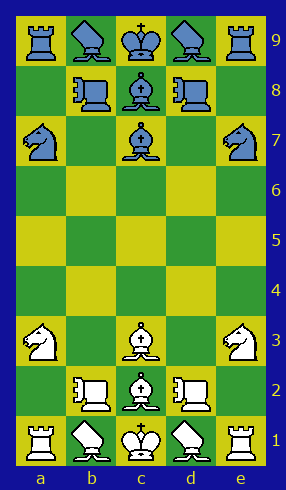 Pieces are as in the corresponding full-size variant, minus the original front rank, although they may vary slightly in number.

Rules are as in the full-size variants. As a compensation for their reduction in number and the loss of the River, Elephants are barred from capturing each other in Half Xiang Qi, likewise Alibabas in Half Alibaba Qi.