Shogi differs from other major forms of Chess in many ways. One is the reintroduction of pieces from capture, but another is the relatively small proportion of symmetric pieces. Shogi generals, with their combination of all forward moves and fewer backward ones, particularly distinguish Shogi from Chatutranga, Xiang Qi, and FIDE Chess. Using the combinaton of these pieces and return from capture in a square-board variant is more than enough for it to count as a Shogi variant.

When I created the idea of Chevron Ranks, it occurred to me to devise Chevron Rank analogues to the Shogi generals. The generals themselves are Gold, Silver, and in some traditional Shogi variants Copper, while the King is known as a Jewelled General. For this reason I decided to name their Chevron Rank analogues after individual jewel types not already used in 3d Generals' Man and Beast names, with a bluer hue than the corresponding general's metal. This gave an overall title for a Chevron Rank analogue to Shogi, Gyokugi - literally, the game of the jewels.

It took me even longer to decide on suitable images from here for Gyokugi's jewel pieces than for other Chevron Ranks pieces. I eventually settled on the dice images as they display both the number of destinations and the more random-looking nature of them as they are not the same directions from every cell. 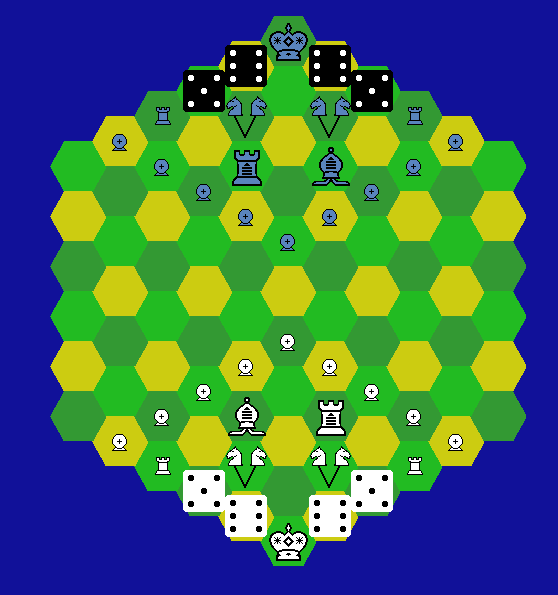 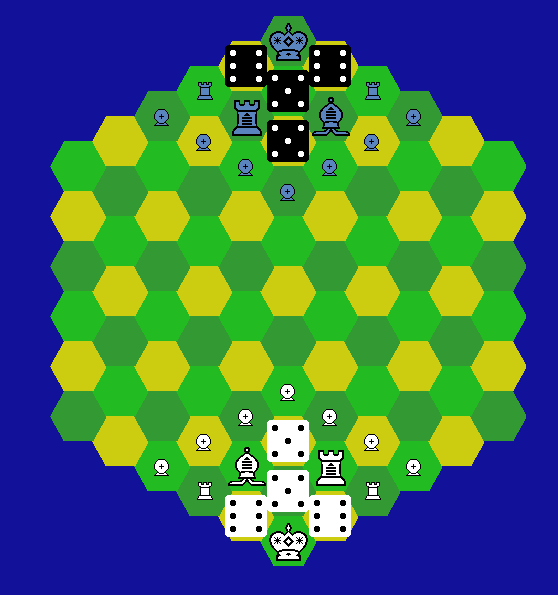 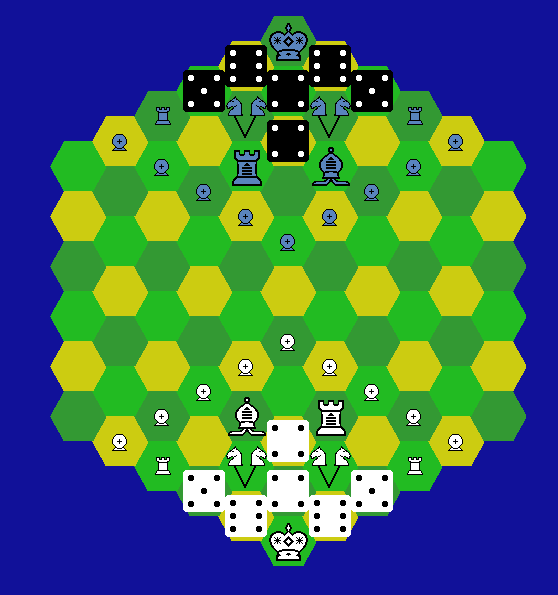 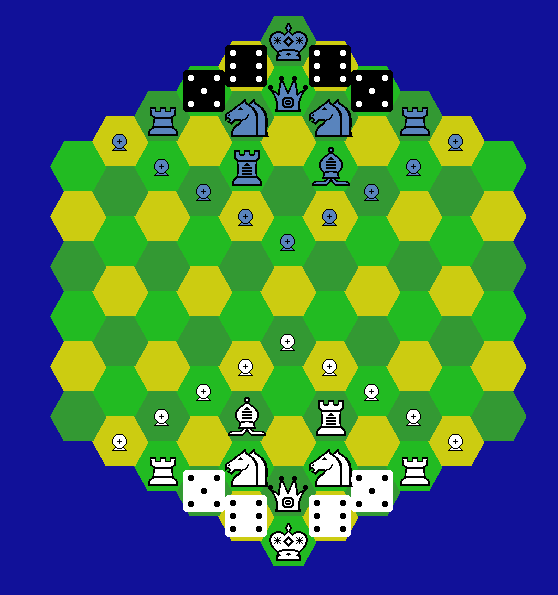 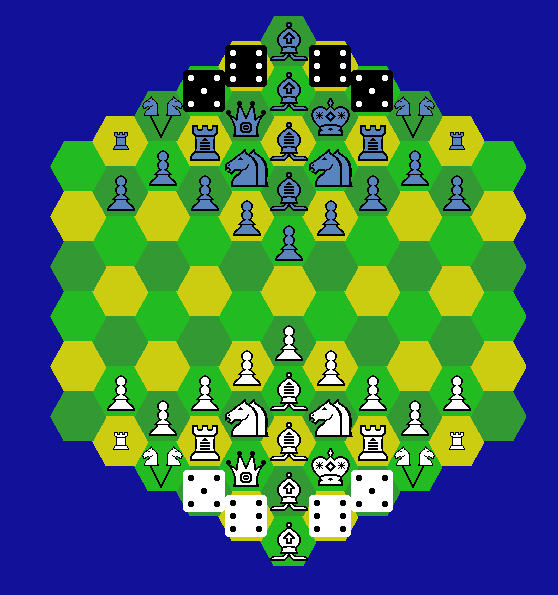 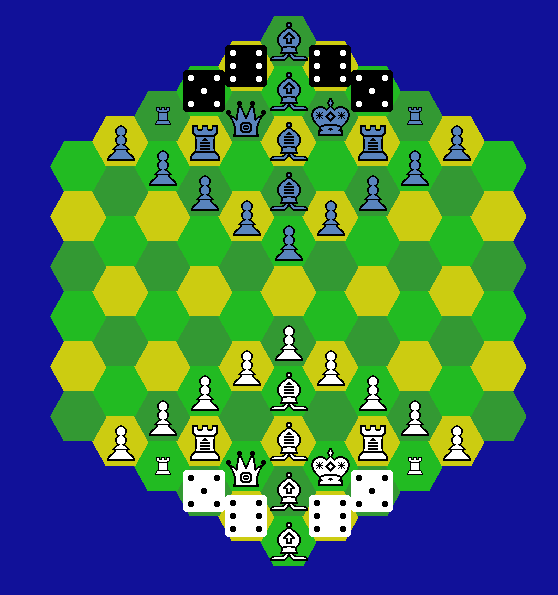 This can be played with either FOH or Invegi promotion.

FIDE-analogue pieces can be promoted and/or return from capture in Invegi and Framed Chevron Chess:

Forward-only pieces return from capture as themselves:

The promotion zone is the far edge of the board except in games being played Inspegi/Invegi/FOH, in which it is the far edge plus the rank immediately before it. If a piece can still move further unpromoted, promotion is optional, otherwise it is required.

Pieces captured from an enemy can be reintroduced as part of the capturing player's army in place of a normal move. They must return in unpromoted form on a cell where promotion is not required.