From Stalemate to Checkmate

Some Chess games/variants have Stalemate as a win and some as a draw. The following is a possibility to bring/link the two together.

Under these rules if a Stalemate occurs in a Chess game/variant then this is not a win but the player who has delivered Stalemate then has a set time in which to convert this drawn position into Checkmate and a win. The standard suggested time is five minutes (and no more than ten minutes) and is called the conversion period. The following rules apply:

2. Following on from 1. above the player who has been Stalemated does not (and must not be able to) make a move during the conversion period.

4. If the player who has delivered Stalemate does not succeed in Checking the player who has been Stalemated whilst maintaining a Stalemate position up to a Checkmate move then the game is declared a draw by Stalemate. A few simple examples should make the working of the rules clear. I have used Western Chess as probably more people will be familiar with this game though the rule is only applicable to Chinese Chess type games in the games I have written: 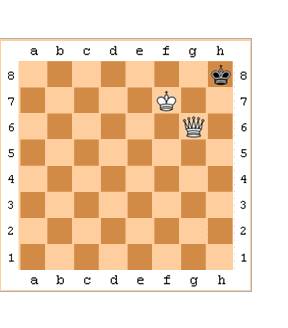 Black to play is in Stalemate. This sort of position sometimes occurs as a blunder often by beginners but under the conversion rules White can simply play e.g. Queen to G7 to convert with a Check to a win by Checkmate. 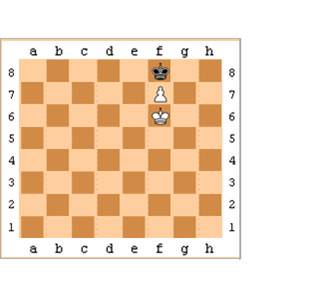 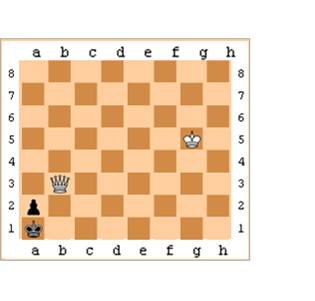 Of the games I have written only Wing, RiverQi, Encounter, Touchpaper and QiPlacements can apply this rule and either player can insist on the rule but must do so at the beginning of the game or the rule is not applied.

The rule is called the Conversion from Stalemate to Checkmate rule.