Empire Chess is a chess variant designed in 2020 by Couch Tomato, third in the series of asymmetric games. The mighty Empire (Gold army) has heard stories of the mighty queen of the Kingdom (Black army) and has proposed a marriage with its Duke. However, the Kingdom refused, leading to an Imperial invasion led by the Kaiser himself!

The Imperial army is incredibly powerful, with all its pieces stronger than the Royal counterpart as they can all move like queens, but attack like the standard Royal counterparts; the only exception is the counterpart to the Queen, the Duke, which can only attack like a King. For those who have played Orda Chess, this is similar except replace knight movement with Queen movement.

Another unique feature is the King-Kaiser Faceoff rule, adding more checkmate possibilities (this may be familiar to those who have played Xiangqi or Synochess).

The game itself is incredibly balanced by engine evaluation using Fairy Stockfish (even more than standard chess), with a near 50-50 win ratio for the Kingdom and Empire. 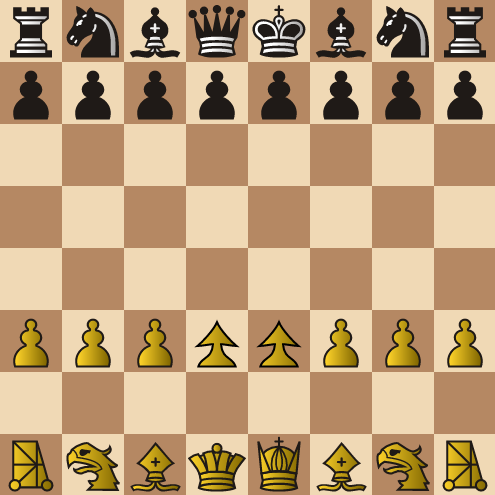 Setup is as above.

There are five new units unique to the Empire: two Soldiers, two Siege Towers, two Eagles, two Cardinals, and one Duke. All Imperial back-rank pieces move like queens but attack like their Royal counterparts. The exception is the Duke, which also moves like a Queen, but attacks like a King. The Imperial "king" is called a Kaiser (K) and has a different symbol, but the change is purely aesthetic and thematic: it behaves like an orthodox King. 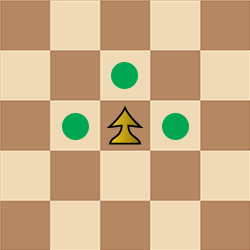 The Soldiers replace the two middle Pawns. Soldiers both move and attack either one space forwards or one space to either side. These act as the bodyguards of the Kaiser; they're strongest when paired together. 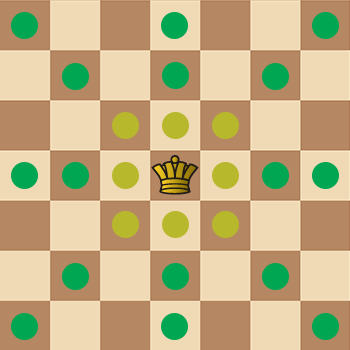 The Duke is the counterpart to the Queen. It moves like a Queen, but attacks like a King only. This does not make it a weak piece. In the endgame, it is very capable of checkmating the King with help from any other piece, including the Kaiser itself (because of the King-Kaiser Faceoff rule). 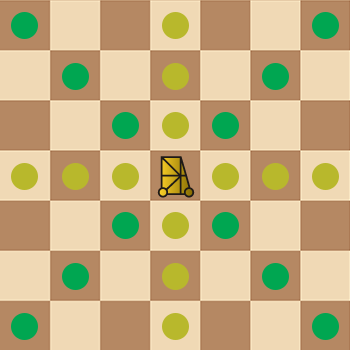 The Siege Tower, or Tower for short, moves like a Queen, but attacks like a Rook only. Effectively, this also means that it is a Rook that can also peacefully move like a Bishop. This is the Empire's strongest piece. 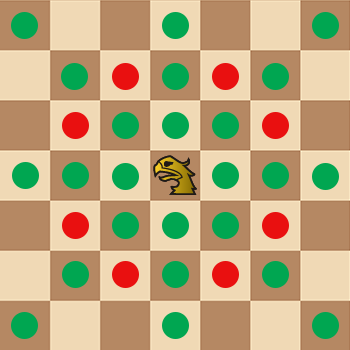 The Eagle moves like a Queen, but attacks like a Knight only. The value of an Eagle is very similar to that of a Knight and is consequently the weakest piece in the Empire (outside of Pawns and Soldiers). 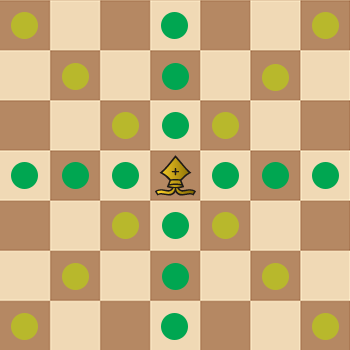 The Cardinal moves like a Queen, but attacks like a Bishop only. Effectively, this also means that it is a Bishop that can also peacefully move like a Rook. As this is not colorbound like the Bishop, this is not much weaker than the Siege Tower and is consequently the second strongest piece in the Empire.

Accurate piece values are unknown. However, these are the values used by the version of Fairy Stockfish used to balance the game.

Empire Chess can be played at Pychess