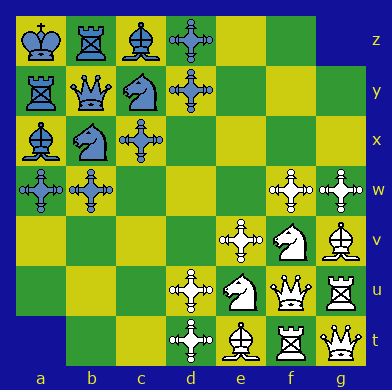 There will be no Dream Chess 48 as 48 cannot be suitably expressed. However I have a different kind of entry in mind for when a 48-cell contest materialises. There is however room for a rather extreme Dream Chess 49 (x=9, y=4). Dream Chess 50 is impossible as x=10, y=5 severs the connection between the two camps.