This page is written by the game's inventor, Zbigniew Kokosiński.

Our diagonal chess variant was invented on April 8, 2020. The game is called well balanced because of new extended abilities of pawns to move and capture. The fortified pawns are more versatile than in traditional chess game, can better cooperate in defence and become stronger partners of other chessmen in attack.

The game is a diagonal variant of the orthodox chess played on a traditional chessboard with 2x15 chessmen. For the convenience of players the chessboard is rotated by 45º counterclockwise. N-S denotes orientation of the black diagonal of the chessboard (see Fig. 1). 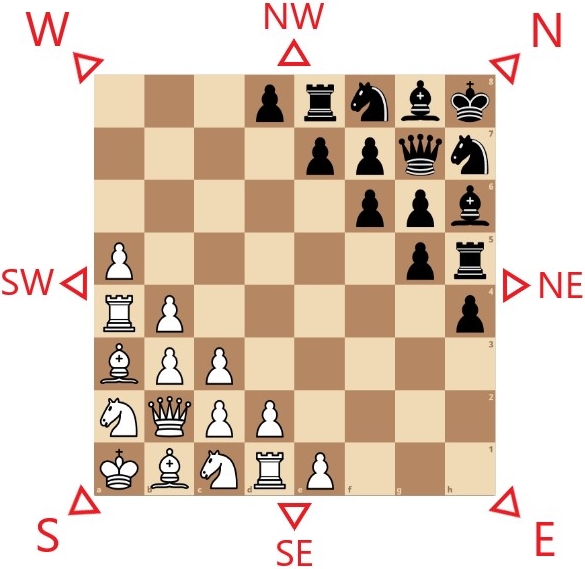 Seven fortified pawns with identical abilities to move and capture are placed in two rows. Kings and Queens are located on the N-S diagonal. Kings occupy corners and are protected by four defensive lines. Knights and Bishops in opposite colours are placed on chequers between the King and each of the two Rooks, situated on white fields. The distance between a white pawn line a5-e1 and a black pawn line h4-d8 (measured by pawn’s moves) must not be shorter than in the orthodox chess, i.e. four. Satisfying this condition guarantees a possibility of developing defense lines by players. Therefore, a white pawn moves in either NW or NE direction, whereas black pawn moves in either SE or SW direction. Pawns can capture on three fields: the white in directions W, N and E, whereas the black in directions E, S, W. By contrast to the orthodox chess, pawns receive new features and become fully fledged partners of other chessmen (see Fig. 2). In this way the game is well balanced. 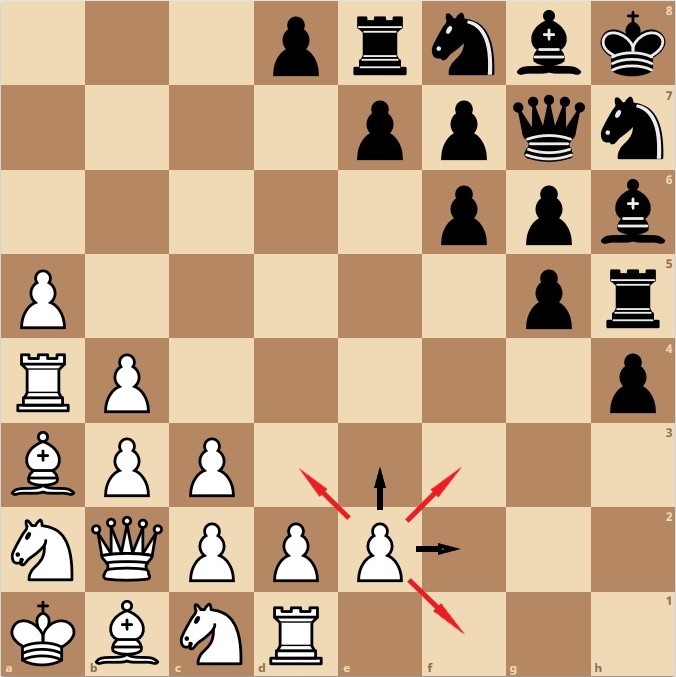 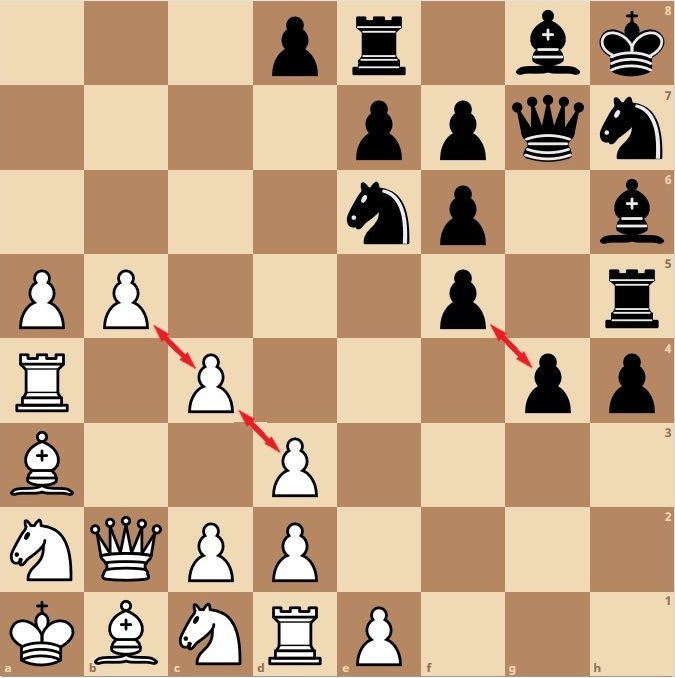 In the new diagonal chess all other general rules from classical chess take effect: initial double pawn move, capturing en passant and castling. Pawn promotion takes place exclusively on six fields: e8, f8, g8, h7, h6 and h5 of the northern quadrant for white pawns and a4, a3, a2, b1, c1 and d1 of the southern quadrant for black pawns.

Our diagonal chess variant was inspired by a chess metaphor for the militarized Kaliningrad enclave in Europe where a beautiful chessmen setting reveals two axial symmetries and also a point reflection (Fig. 3). 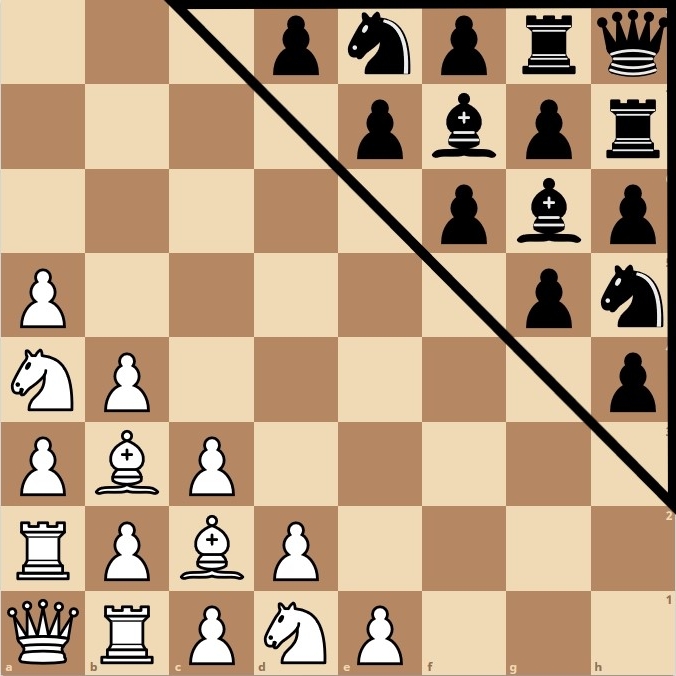 At the beginning, habits characteristic for the orthodox chess may lead to overlooking obvious threats, or to an unintentional limitation of the combinatorial creativity. On the other hand, liberation from the theory and practice of openings, defenses, gambits and endgames, that are essential in classical chess, opens players to imagine unexpected possibilities. There is no way to win the game in several moves. Enjoy!