This page is written by the game's inventor, Adrian Alvarez de la Campa.

In this chess variant, two otherwise separate games of chess are connected by paired pieces, which are both eliminated when one is captured. This presents a powerful new threat: simultaneously attacking two non-paired pieces with a pair of "twins". At the very least this threatens the exchange of two pieces for four. 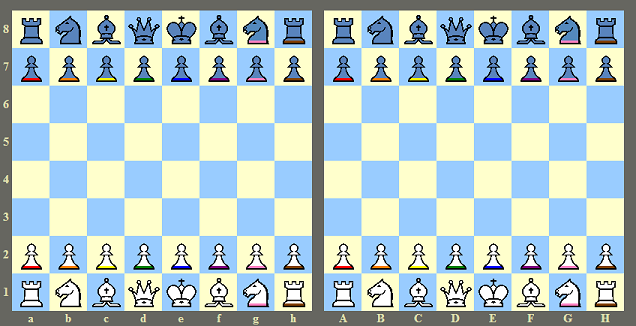 In addition to all orthodox Chess rules:

White moves only on one board on his first turn. Thereafter each player's turn consists of moving once on each board.

Each piece has a corresponding twin on the other board. In the setup above for example, the Pawns at a2 and A2 are twins. When a piece is captured, its twin is removed from the board at the end of the capturing player's turn.

A Pawn promotes to any previously captured Piece, with its twin gaining the same Piece promotion at the end of its owner's turn.

The first player to checkmate the King(s) wins. 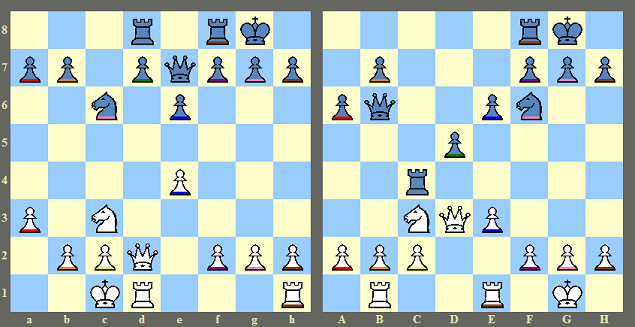 Black has just moved, failing to see the threat.

White plays Qxd7 and QxR, then removes the Pawn at D5 and the Rook at d8 to win both pairs of pieces.

This variant was inspired by Gary Gifford's Doppelganger Chess, along with the David Cronenberg film, Dead Ringers.