The Glinski-McCooey debate on hex analogues to Pawns is familiar to variant enthusiasts. The Broker (my coinage for McCooey's analogue) is more consistent with both variants' analogues to other FIDE pieces, but it does advance more quickly on average than a Pawn. This is because when it captures outward it effectively moves forward two ranks. Conversely the Migrant (my coinage for Glinski's analogue) advances more slowly on average than a Pawn. This is because when it captures inward it remains on the same rank. The same applies in principle to the corresponding pieces without the restriction of certain moves having to be noncapturing and some capturing - thus a Count moves forward more quickly, and a Superpoint more slowly, than a Princeling. Noting that other captures move it forward at the "correct" rate I wondered about pieces moving inward as a Broker/Count but outward as a Migrant/Superpawn. I also saw here that an alternative name for the piece that I term Princeling is Sergeant, and that the hex Pawn-analogue ranks are shaped like the chevron insignia of NCOs. Therefore I decided to use Sergeant for the Princeling's chevron-rank analogue and Corporal for the Pawn's.

My first idea for a game using these pieces was in conjunction with the Altorth pieces named after commissioned officers - the Colonel, Brigadier, and General. This was the initial radial-only form of CANCO. To this I added a chevron analogue to the Knight, under the intermediate name of Captain. Both forms of CANCO are shown below.

I then realised that variants could be played entirely with chevron analogues, and began with analogues to FIDE pieces. This is not as tame as it sounds for while each player can view either army, or even both view the same army, as one of purely FIDE pieces, albeit on a board shaped like a shield or possibly like a Shogi piece, they cannot view both armies as FIDE ones at once. Even with two players the other army is extremely exotic, and with three the other two are still more so. To the basic game I added a Doubleback version - see the Notes section of Nearlydouble Chess. As well as being played straight both can be played either Inspegi - the Bishogi analogue - or Frontofhouse (FOH).

Finally I added a few chevron analogues to variant forms of square-board Chess. Variants with analogues to Shogi generals now have a separate page, Gyokugi.

It took me a while to decide on suitable images from here for Chevron Ranks pieces.

Variants with only 16 pieces aside are suitable for 3 players as well as 2. 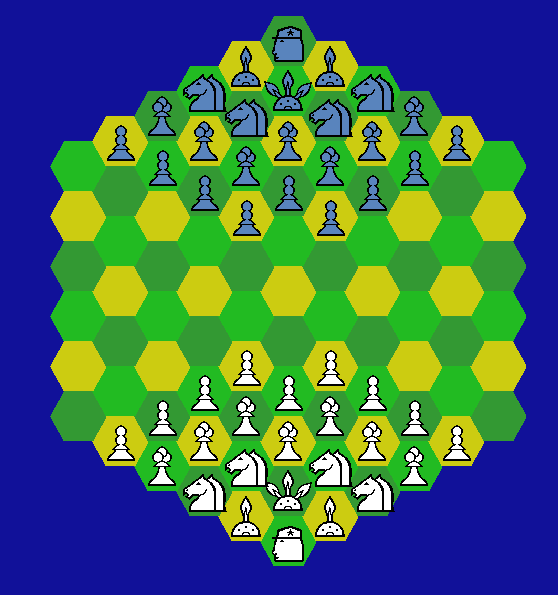 CANCO radial-specific (the same but without the Captains that I devised later): 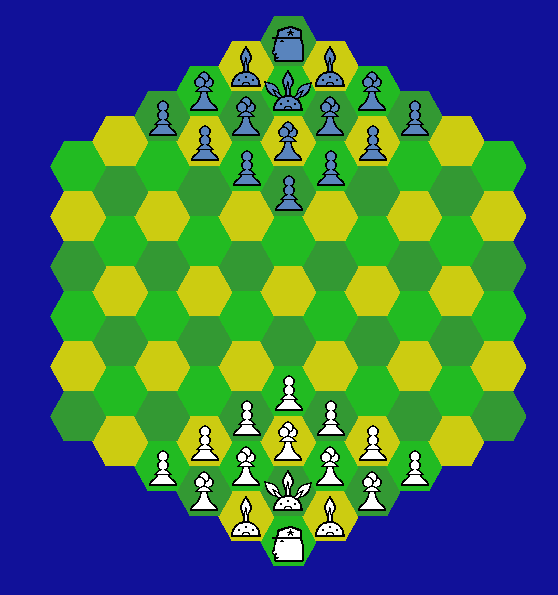 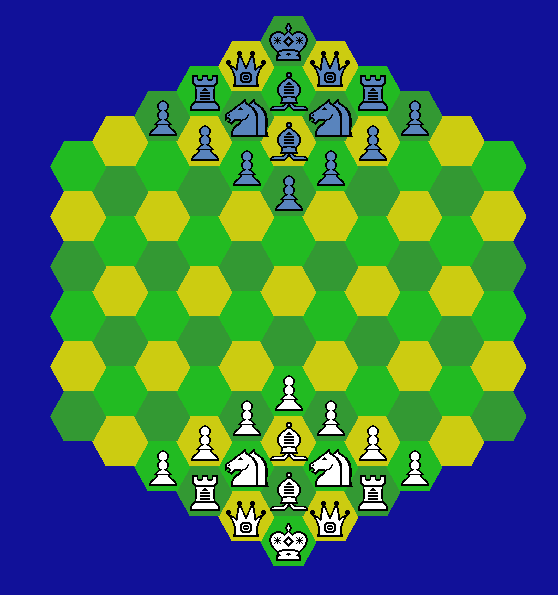 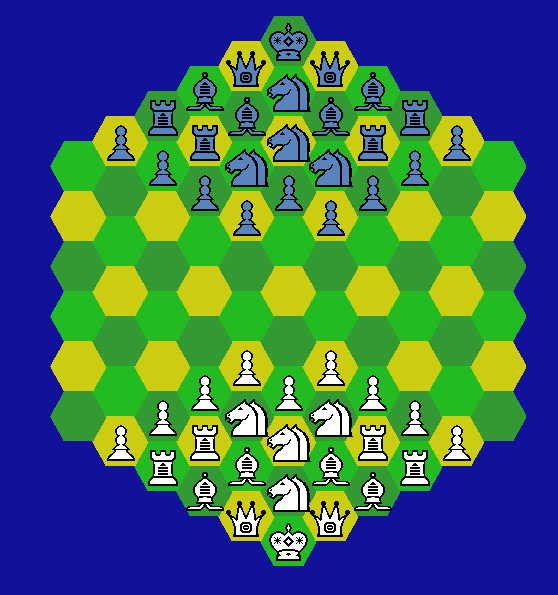 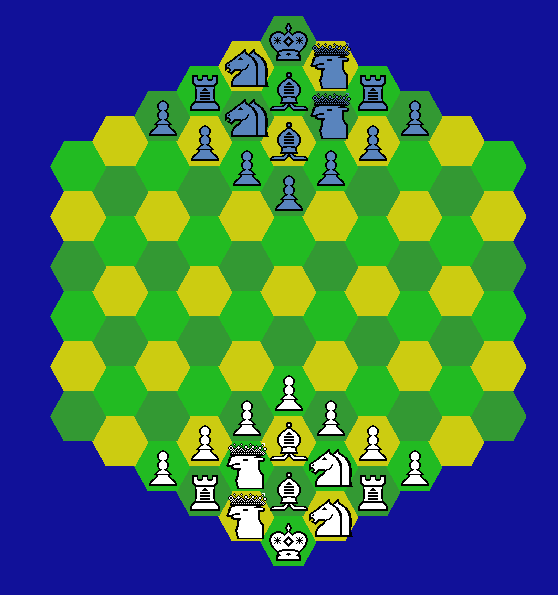 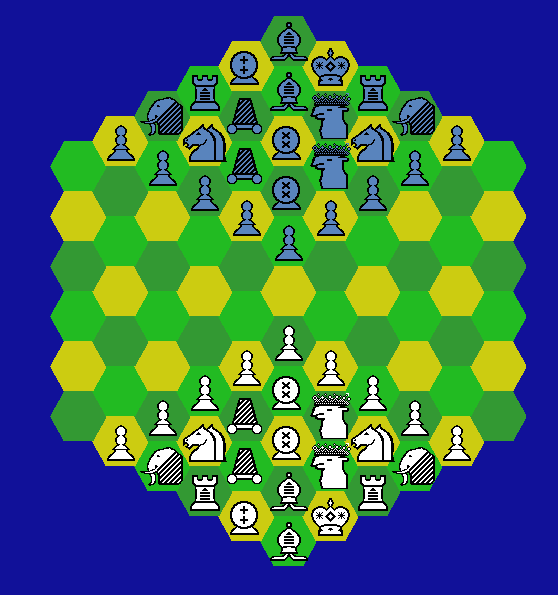 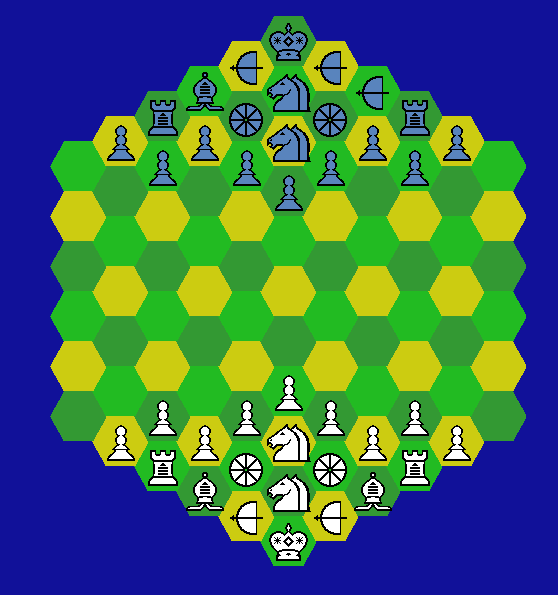 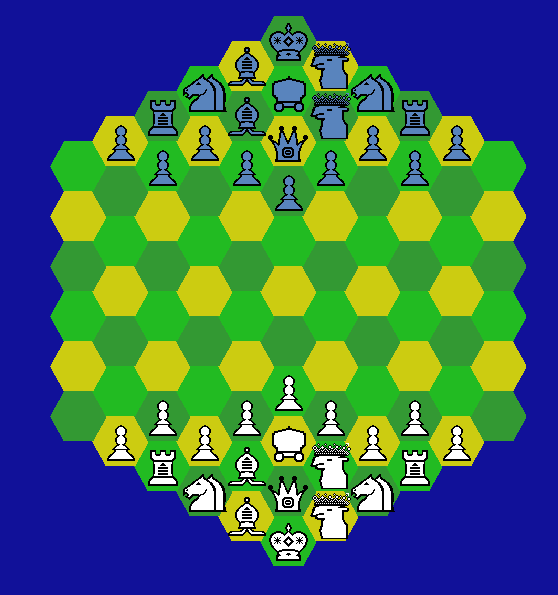 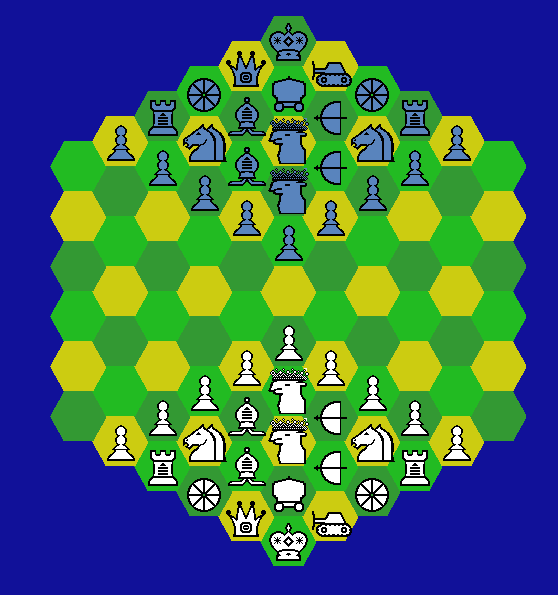 FIDE-analogue pieces can be promoted and/or return from capture in Inspegi and FOH:

Forward-only pieces return from capture as themselves in FOH and Inspegi:

Pieces specific to Kamil and/or Yang/Eurasian variants cannot be promoted or return from capture:

The promotion zone is the far edge of the board except in games being played Inspegi/FOH, in which it is the far edge plus the rank immediately before it. If a piece can still move further unpromoted, promotion is optional, otherwise it is required.

In games being played Inspegi/FOH, pieces captured from an enemy can be reintroduced as part of the capturing player's army in place of a normal move. They must return in unpromoted form on a cell where promotion is not required.

"Pawn" refers to the standard definition on a square-cell board. A board where Pawns, Migrants, Brokers, and Corporals can be compared together is the Glinski-level hex-prism board, on which Pawns move within filestacks and the rest within levels.